21 Jun Can Money Be Digitized?; Axis of the Sanctioned*

Can Money Be Digitized? (a supplement to “What is Money?” in the June 12th TLR)

Facebook is in the process of creating a new digital currency that it’s calling Libra. It hopes to roll-out the new currency in 2020. Its goal is to create a new international Reserve Currency commercial alternative to the US Dollar, the Euro, the Yen, etc. … and it’s structuring Libra to be precisely that.

Libra will be a stablecoin, which is a cryptocurrency that’s fully backed by real, liquid assets on a value-equivalent basis. Behind every Libra will be a basket of government bonds and bank deposits which “will be held by a geographically distributed network of custodians with investment-grade credit rating to limit counterparty risk.” Those underlying assets will be denominated in a broad range of Fiat Currencies, including Dollars and Euros and Yen and Yuan and … whatever makes the most sense – a basket that reflects users’ expected uses. Libra consequently will have an internationally-blended value that, theoretically, would function digitally in a manner substantially identical to that intended by the International Monetary Fund’s basket of designated Reserve Currencies … which it would displace. These features would give Libra something that Bitcoin and its volatile digital coin siblings lack – a measurable, objective value that will ensure stability. It also would give Libra two significant advantages over Fiat Currencies, including the Dollar – first, it will be tied to a diversified, international basket of currencies, which creates greater stability and provides universal functionality; and second, it will not be manipulatable by any single nation’s Central Bankers or government officials and will not be materially affected by unforeseen, isolated market events or natural disasters.

Libras would be issued and controlled maintained by Facebook, a benign monolithic market-oriented company that represents the ascendency of individuals over centralized governments and the freedom of the internet over the control of nations and politicians. Brazilian owners of Libras wouldn’t have to worry about whether their government officials were squandering or stealing Reals. Italian owners of Libras wouldn’t have any concern about whether Germany might pull the rug out from underneath their Euros. Indian owners of Libras wouldn’t have to hoard gold or watch their Central Bankers for signs of a forthcoming devaluation. Venezuelan owners could protect their depreciating Bolivars by using what’s left of them to purchase Libras. And American owners of Libras would have ready access to a currency more convenient than the Dollar, a digital one accepted around the world. They would be able to use their Libras to do everything they now use Dollars for, and more – Facebook, after all, intends to become will be the marketplace for … everything. That would be an additional benefit to Facebook of the Libra roll-out. It would enable Facebook to expand its reach. It is one reason why Facebook is offering to admit partners to the Libra Association. Those partners will be enticed not only by the Facebook platform, but also by sharing in the substantial profits that Facebook the Libra Association will receive from the interest earned on the basket of international government bonds that will back the Libra – that interest will be reserved for the Association’s partners.

If the Libra is successful, Facebook will be pricing everything around the world in Libras everything around the world will be priced in Libras, enabling those who live their lives online to do … everything … online, at Facebook, in Libras. Owners of Libras will be able to use them, and to travel … everywhere … without having to deal with those pesky currency conversion costs. During its early years, of course, there would be the hassle of converting Libras into Dollars and Euros, etc., for example whenever an individual has to pay taxes or is confronted by that rare a vendor that doesn’t accept Libras. But that will change if Facebook’s plan to take over the world business strategy succeeds.

Facebook still has a great of work ahead of it before Libra can be rolled out – legally, regulatorily, operationally, blockchainally, etc. – and there are long odds against it realizing its plans for Libra. In fact, there already is simmering opposition to the Libra in America’s Congress. The danger for America most important take-away, however, is not that Facebook/Libra might displace the Dollar. It’s whether other countries, for example, a consortium led by the EU (and including China, Switzerland, and Japan?), might adopt the Libra concept. What would happen to the Dollar if such a consortium were to proceed with a Libra plan?

Axis of the Sanctioned

“The enemy of my enemy is my friend” is attributed to a 4th Century B.C. Sanskrit treatise on statecraft. It has potent unfortunate important applications today.

Those applications center on the 21st Century’s hegemon.

That hegemon is the U.S.

The U.S. is using its economic power, military dominance, and Reserve Currency to dictate terms of economic and political submission to the world and, when its demands have not been satisfied, has been leveraging its global supremacy to compel compliance, thus far without success with mixed results. Its efforts nevertheless are forging new friendships relationships among those it has been treating as its friends as well as its enemies.

It has sanctioned Iran, Russia, Venezuela, North Korea, Syria and Cuba, and imposed harsh, penalizing sanctions tariffs on China, the EU, India, Canada and Mexico … and is threatening to both increase and broaden those tariffs. The combination of sanctions, tariffs, military threats repositionings and cyber measures to enforce its sanctions, threatened currency manipulation and aggressive rhetoric from the U.S. President and his National Security Adviser have sent the unambiguous message that an era of globalization, commonality of Western interests, and consensus-building among allies has ended, that there are no limits to the use by America of weapons of economic mass destruction warfare, and that if a country is not taking “America’s side,” it must be on “the other side.” Choose a side. America no longer values alliances. It values compliance – its interests over all others. If so, it would be wise to comply … or to make friends with those on “the other side.”

That most recently has resulted in Russia and China becoming besties – “President Putin is my best friend,” Chinese leader Xi Jinping gushed said at a news conference earlier this month. Putin shortly thereafter presented Xi with a giant box of ice cream for his 66th birthday, telling Xi he was “delighted to have a friend like you” (leading some observers to spontaneously burst into the Toy Story song “You’ve Got a Friend in Me”). Both then attended a conclave in the Russian city of Ufa, meeting with Iran, India (an important economic partner of Iran) and representatives from more than 100 other nations. Iran’s goal, both at the conference and in meetings with EU and Asian leaders, has been to establish alliances to counter U.S. sanctions, initially with Russia, China and India – the enemy of my enemy indeed is my friend! Ali Shamkhani, secretary of Iran’s Supreme National Security Council, pointedly said: “The U.S. has destabilized the international security system with unilateralism and extraterritorial sanctions. If a broad spectrum of countries decide to stand against the illegal blackmailing and bullying by the U.S., we can make the U.S. retreat.” China’s Foreign Minister Wang Yi cautioned that the U.S. risked opening a “Pandora’s box” in its campaign against Iran. Russia’s Deputy Foreign Minister Sergei Ryabkov warned: “For quite a while, we have been witnessing the United States’ continuous attempts to increase political, psychological, economic and military pressure on Iran. [S]uch actions are rather provocative and cannot be considered as anything other than a deliberate policy to instigate a war.”

The U.S. has used a shotgun, rather than a rifle-shot, approach in its efforts to impose its will on enemy countries that do not comply with its demands, whether the activities of those “enemies” other countries are politically unpalatable (such as Iran, Russia, North Korea and Cuba) or economically inconsistent with America’s interests (such as China, the EU, Canada and Mexico). In doing so, it has “gone it alone,” unilaterally eschewing allies and alliances … because it has viewed itself as being impregnable immune to successful challenge. It may be that the U.S. has the political, economic and military strength to take on and conquer all of its actual and perceived foes enemies. Whether or not it achieves the victories it seeks, its actions have forced the creation of an Axis of the Sanctioned. That Axis will do its best to defeat the U.S. and its initiatives, undercut the US Dollar as the world’s Reserve Currency, and reduce the U.S., little by little, to a weaker power. Only time will tell if the Axis succeeds. 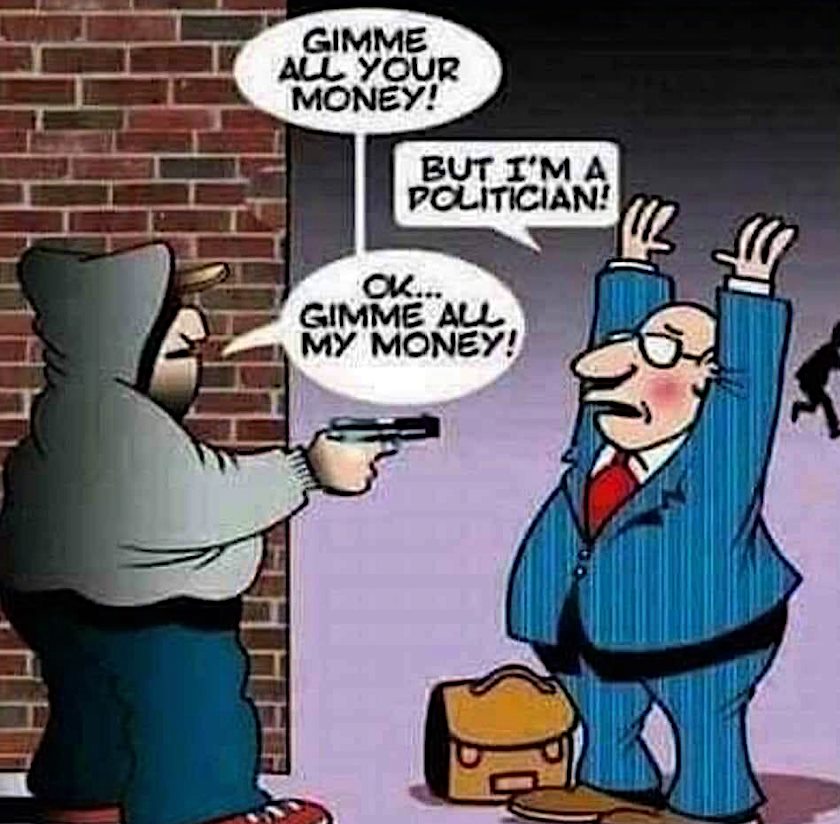