America’s tax system was built by capitalists for capitalists, for incentivizing job creation and business innovation, for encouraging class mobility.  It’s a cornerstone of American democracy in a nation regarded as the exemplar of democratic capitalism.  It succeeded spectacularly in the 20th Century, driving America’s economic, foreign policy and ideological successes.  It has ceased doing so.  As an essential part of the bedrock upon which the American economy is built, as a foundational driver of capitalist achievement, America’s tax system is not merely outdated, it’s become ballast on America’s 21st Century economy … and on Americans and their aspirations.

America’s tax laws are detailed in the Internal Revenue Code (IRC), a 2,600-page unreadable morass multi-volume tome.  Those ~2,600 pages of very small print (together with a further >65,000 pages of regulations, revenue rulings and court decisions) are intended to raise revenue without disadvantaging U.S. businesses or unnecessarily interfering with individuals’ social, economic or political conduct.  At its best, America’s tax system should raise enough money to cover its necessary and appropriate outlays while encouraging productive work and creating jobs and innovative capital formation.  America’s current tax system isn’t doing any of those things …, and that’s true whether the analysis is made on an absolute or relative, internationally competitive basis.  It isn’t raising sufficient revenue to cover America’s annual budgeted expenditures … or its entitlements … or even partially repay its humongous debt.  Its complexities make it indecipherable to over 99% of Americans …, inaccessible to all but the most sophisticated, high-bracket taxpayers …, and therefore out-of-touch with America’s economic reality.  It long ago lost any ability to incentive Americans’ conduct.  Although times have changed, the IRC hasn’t.  It’s desperately in need of updating innovation disruption.  That’s perhaps the only the one thing that both Republicans and Democrats should be able to agree on …, but they haven’t, and neither has a plan to do so.  Change is necessary.  The IRC requires reform …, Big Reform!  It doesn’t serve the needs of Americans or the interests of America.  It’s a 20th Century anachronism, well past its use-by date.

In this Election Year, a casual observer would think that tax reform would be a major plank on each Political Party’s platform.  Not so.  Each is offering only small changes.  There are reasons.

The Republican Party believes it achieved serious economic change with the Tax Cuts and Jobs Act of 2017 (TCJA) which reduced tax rates across the board.  Unfortunately, that overstates the reality.  The TCJA achieved only a temporary boost to, and a small improvement in, America’s system of taxation.  Republicans nevertheless are so pleased with the results of the TCJA that their 2020 tax platform merely repeats itself by touting more of the same – ever lower, and permanently lower, tax rates … with no new ideas and no further changes.  Republicans believe that high taxes are the only important most significant drag on America’s economy, drastically reducing capital formation and economic growth – and that tax reform is as simple as reducing tax rates.  As evidence that the TCJA is the appropriate cure, Republicans point to the stock market’s verdict:  ever-increasing stock prices.  However, the stock market’s angle of ascent wasn’t changed by the TCJA.  It has been elevating at a ~constant rate for a decade now … and the reason for its persistent ascent is the Federal government’s massive deficit spending and the Federal Reserve’s perpetual Quantitative Easing and lower-for-longer interest rate policy (reasons TLR previously addressed and which are the cause of asset-price inflation – steady stock and bond market appreciation).  Although the TCJA clearly bolstered corporations’ bottom lines and resulted, in part, in increased stock buybacks, there is no evidence of comparably higher capital investment.  Similarly, although GDP rose nicely in 2018, the first year affected by the TCJA, it returned to a more prosaic post-Great Recession baseline in 2019 and wasn’t improving even before Covid-19 hit in February 2020 …, in part because the impact of the TCJA was waning and the Federal budget deficit and America’s debt burden were rapidly increasing.  The TCJA was a potent, one-off shot-in-the-arm for American businesses and the American economy, but itself was neither innovative nor disruptive … and the additional shot-in-the-arm proposed by the Republicans in 2020 would be less impactful and have a potentially more negative long-term effect.

In a similar vein, Democrats are cleaving to their party line of seeking increased progressivity in tax rates with a goal of raising revenue to support less-advantaged Americans.  Although their intention is to spur economic growth, a co-equal goal is to create greater fairness and domestic tranquility by taxing rich Americans to fund America’s economic and social safety nets.  Democrats often point to high growth periods during the 20th Century when marginal tax rates were far higher to support raising income tax rates (individual rates reached a peak of 92% in the 1950s).  The 2020 Democratic tax platform therefore proposes raising taxes on high-earning individuals and corporations in order to increase Federal revenues:  individual tax rates would be returned to their pre-2018 levels; Social Security taxes would hit individuals earning more than $400,000; capital gains would be taxed at workers’ tax rates; and the corporate tax rate would be increased from 21% to 28%.  The additional revenues would be used, in part, to fund infrastructure construction and provide union jobs that would pay at least $15/hour.

Republicans therefore continue to advocate a supply side approach to taxation that serves their constituency while Democrats continue to advocate a social engineering approach that satisfies their constituency.  As TLR has all-too-frequently noted, “They’re Both Keynesians Now” – they will spend whatever it takes to achieve their constituents’ goals without with precious little regard for deficits, debt or the greater good.  Both believe that money-printing (what some economists label Modern Monetary Theory) can continue forever …, or at least until they’re no longer in office.  Neither Party is willing to emulate Ronald Reagan in seeking true tax reform …, even if doing so indeed is a necessity for a healthy and internationally competitive American economy.

The essential purpose of a country’s tax laws is to raise the revenue needed to fund core programs like defense, education, health and welfare.  In America, tax laws also originally were intended to be “tax neutral” in order to allow the “invisible hand” of capitalism to work its magic …, which it did for over 50 years.  Unhappily, America’s tax laws long ago dropped the pretense of such neutrality.  They became a vote-buying mechanism in a special-interest-driven giver-and-taker economy – special-interest group lobbyists get what they pay for … and don’t get what they don’t pay for (the definition of political corruption).  The IRC amply reflects that nationally-damaging reality.  It explicitly seeks to distort economic activity, misallocates resources and reduces productivity.  The multiple tax laws that do so, which are now inextricably interwoven into the IRC, were drafted by special interest lobbyists who provided their texts to politicians who advocated and, over time, swallowed them whole (the complexities have become so overwhelming that understanding the intended consequences, yet alone the unintended ones, is no simple task).  The goal of politicians in both Political Parties is to serve their constituent campaign contributors interest groups, not America-as-a-nation and not a broad base of Americans.  Among the additional deficiencies of those laws is that they don’t begin to address America’s unsustainable deficits – but, of course, that’s not the business of special interests.

The IRC impacts every American, whether an individual or business, and every foreigner having any connection to the U.S.  It permeates every facet of American life, every corner of the economy, and every international relationship.  The IRC contains more than 4 million words.  The Bible has only 800,000.  Everyone can access the Bible.  That isn’t true of the IRC, which is indecipherable to all but a relatively few tax professionals (who, truth be told, add little to America’s productivity – which TLR can attest to as a former law school tax professor).  America’s elected officials are not motivated to simplify it or make it understandable or equitable.  Quite the contrary.  Doing so is not a vote- or campaign-contribution-getter.  Significantly, the IRC is so riddled with special benefits and subsidies that any change would upset one constituency or another.  The approach of Congress therefore has been to leave well enough alone and play to the special interests.  How else is one to serve the people get re-elected?

Neither of the two most recent American Presidents have Made America’s tax laws Great Again or brought Change to America’s tax laws.  The only visionary who has advocated the necessary disruptive Greatness and Change is a Columbia University law professor, Michael Graetz, who has proposed what he refers to as the “Competitive Tax Plan.”  That Plan would shift the current income tax system to one based primarily on consumption …, a Plan that truly is innovatively disruptive.  It has five components:

The Competitive Tax Plan would convert the U.S. from a high income tax country to a low income-tax one.  It would mean that taxes on savings and investments would be lower and more than 80% of Americans would pay no income tax at all.  The Plan would be a major simplification that would benefit America and a huge majority of Americans and American businesses, eliminating the enormous number of special interest tax provisions that riddle the IRC and make it a tool for undemocratic, anti-competitive, capitalism-eroding special interests.  The radical Competitive Tax Plan would disrupt the order.  That’s both Change and Greatness …, precisely the stern Churchillian stuff that leadership of a successful country requires. 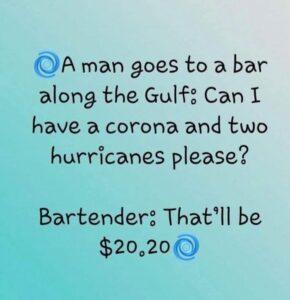