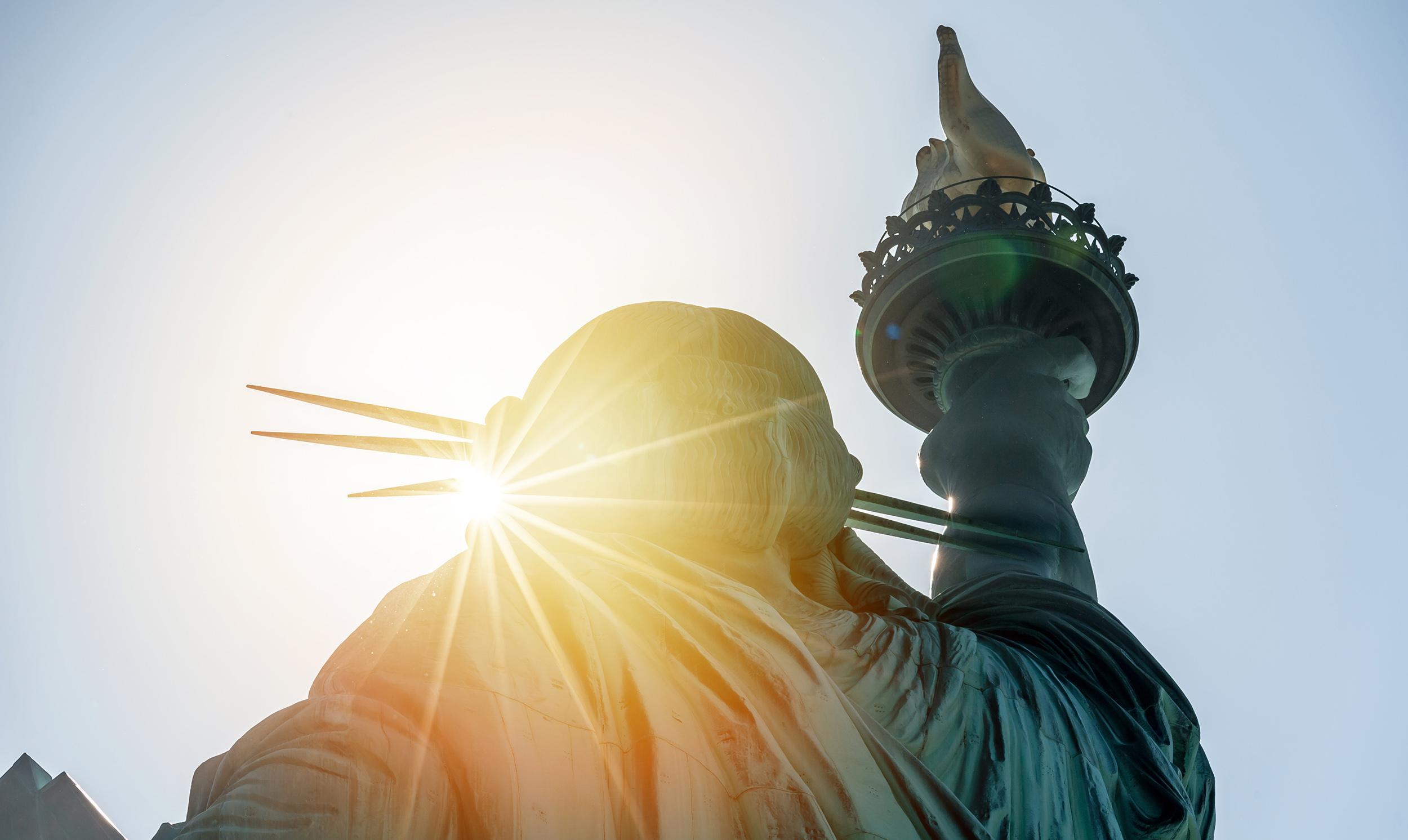 Posted at 14:15h in General by William Natbony 3 Comments

“America needs immigrants. American businesses are short of workers, particularly in construction, farming, leisure and the gig economy, and America no longer is a magnet for the most highly-educated.” – The Lonely Realist

What makes America great? Is America the exalted democracy described by Alexis de Tocqueville, the nation where an immigrant invitation is memorialized on the base of the Statue of Liberty: “Give me your tired, your poor, your huddled masses yearning to breathe free, The wretched refuse of your teeming shore.”? Or should a conditional phrase be added as a 21st Century filter – “as long as they come from Northern Europe, are not too tired or too poor or slightly ill” – as facetiously suggested by John F. Kennedy (in his 1958 best-seller, A Nation of Immigrants) … and as advocated by Tucker Carlson and former President Trump?

In short, what does it mean to be an “American”?

Americanism – American Exceptionalism and Americans’ acceptance of immigrants as fellow Americans – is grounded in the Calvinist work ethic that looks positively on the efforts and aspirations of individuals whose drive spurs capitalism’s, and America’s, success. Americans work harder than individuals elsewhere – those with full-time jobs work an average of 47 hours/week, more hours than workers in virtually every other industrialized country. Moreover, at least 134 other countries have enacted laws that put a ceiling on the length of the workweek. Not the U.S. … the result being that the productivity of American workers has increased fourfold since 1950. The combination of rising productivity and increasing population has driven national wealth and the growth of America’s GDP. Although the work ethic in America remains strong, economic growth has slowed because population growth has slowed. Births in the U.S. are now at a more than 30-year low. The fertility rate – the number of children the average woman will have in her lifetime – in 2020 was 1.64, well below the replacement level of 2.1. That portends declining wealth and GDP for America and Americans unless the working-age population increases.

COVID has exacerbated America’s employment problem. It’s decreased America’s working-age population and increased the number of working-age Americans on disability, led Boomers to drop out of the workforce, and reduced employment incentives through safety net programs. As a consequence, employee shortages exist in a multitude of low-wage, blue collar sectors … as well as in some highly-skilled ones. Those jobs are not going to be filled by the existing pool of working-age Americans. Immigration presents an effective means by which America can fill its worker shortage and, in doing so, increase its GDP, productivity and growth.

“Demographics is destiny” is a slogan often used to advocate two opposing immigration policies. In one, the slogan denotes opposition to immigrants who dilute national character, either racially or religiously or culturally. In the West, this often is expressed as a preference for a white majority undiluted by African, Asian, Middle Eastern, or Hispanic immigrants. “Demographics is destiny” also is a slogan used by advocates of increased immigration whose focus is on avoiding the economic consequences of a declining population that will lead to a workforce too small to support aging workers. Demographics denied leads to a declining standard of living. It cannot be addressed by a more enthusiastic work ethic.

What differentiates America from all other nations is that its Founders were not born “Americans.” They were immigrants or the children of immigrants or the children of children of immigrants. They attained power and wealth through personal efforts. Despite their disparate backgrounds, personalities and animosities, they buried their differences to found a new country that established America as a safe haven for freedom-seekers. They necessarily sought to exclude those viewed at the time as “undesirables” (Catholics, Irishmen, Italians, Jews and Asians), doing so in part by reserving control of the government to themselves: white male landowners.

Because of the principles of freedom and democracy established by the Founders, America nevertheless attracted “undesirables” … virtually all of whom became American citizens. The Naturalization Act of 1790 allowed any free white person of “good character” to become a citizen and allowed Catholics, Irishmen, Italians and Jews to enter America. Immigrants poured into the U.S. during the 19th Century and the backlash by threatened workers naturally led to creation of anti-immigration parties. Beginning with the Chinese Exclusion Act of 1882, immigrants into America faced increasingly higher hurdles. Although the Chinese were the first ethnic group to be denied entry, they were not the last. Quotas were imposed to limit immigration from Eastern and Southern European countries (where there were too many “not-quite-white-enough” undesirables) and from Japan, and to completely exclude Filipinos. That marked the beginnings of a new industry: organized illegal immigration. American policy shifted after WWII to selective immigration, allowing immigrants from war-torn European countries, as well as from Cuba, Vietnam and Cambodia, all of whom were absorbed into American culture and America’s growing economy. Quotas nevertheless continued to limit immigration from out-of-favor countries, including Mexico and other Central American nations, where manual laborers nevertheless poured into the U.S. to fill the needs of farmers and construction companies. The number of illegals in the U.S. in 1986 prompted Ronald Reagan to wipe the slate clean by granting amnesty to some 3 million illegal immigrants …, but did not thereafter lead to adoption of a comprehensive immigration policy.

The pace of immigration and of the Americanization of immigrants has taken a familiar path. Gateway cities and states first have created national, religious, and similar highly-concentrated ethnic communities (such as Chinatowns, Little Koreas, Little Italys, and Little Havanas) that over a generation or two have led to linguistic, cultural and economic assimilation. America was first referred to as a “melting pot” in the 1780s as a metaphor for the fusion of nationalities, cultures and ethnicities. With its successes, racial and ethnic diversity has spread across the country, leading to assimilation of additional ethnic groups, their cultures and their foods.

Immigrant groups naturally begin on the lowest economic rung, taking the lowest-paying, dirtiest jobs, importing their home-grown diseases, and living in squalid, often detestable conditions – displaying all the elements of being “undesirables.” But wave after wave of different immigrant groups have assimilated … and generation after generation of new “undesirables” have entered the U.S. and become hard-working, successful Americans. Those “undesirable” Irish Catholics of the early 19th Century became the backbone of American law enforcement. Those feuding Italians and Puerto Ricans in West Side Story became builders, businessmen and sports heroes. And the formerly interned Japanese, excluded Chinese and heavily quota-ed Indians are now almost 3.5% of the American population … and, despite their relatively small numbers, are envied for their work ethic and success.

The multiracial, multi-religious, multicultural melting pot template for America articulated by JFK continues to encounter resistance from those who view America as the birthright of a white, Northern European majority. Tucker Carlson is an outspoken advocate of white-race dominance and only last week mocked immigration as a policy of “’great replacement,’ the replacement of legacy Americans with more obedient people from far-away countries [who will] change the racial mix of the country.” He portrayed increased immigration (and DACA) as a Democratic Party plot to subsume America’s white majority to a new cast of “undesirables.” Carlson’s views build on those articulated by former President Trump who, in November 2018, stated that “Illegal immigration hurts American workers, burdens American taxpayers and undermines public safety, and places enormous strains on local schools, hospitals and communities in general, taking precious resources away from the poorest Americans who need them most,” and referred to immigration colorfully as “an invasion.” The former President used such assertions as a surrogate for advocating racial homogeneity, a call to arms to save the country from the dark forces unleashed by America’s unwalled borders … reading from the same racially-motivated script as Tucker Carlson and others.

Can bipartisan support be found to satisfy America’s demographic needs? Various proposals for immigration reform have been put forward by both political Parties over the years, yet neither Party has been able to find a solution. A critical question facing America is how to ensure the growth of America’s working-age population and, consequently, the continued growth of American industry, production and wealth. An immigration system that matches America’s needs to the skills of qualified applicants presents the beginnings of a solution. The two Parties should begin with that and trade off on partisan issues that matter little to Americans’ welfare, something neither has done in the past. Racist media rants raise the temperature unnecessarily and to no productive purpose. They are also, by all historical measures, unAmerican, as spotlighted by Ronald Reagan in his final speech as President: “You can go to live in Germany or Turkey or Japan, but you cannot become a German, a Turk, or a Japanese. But anyone, from any corner of the Earth, can come to live in America and become an American…. Yes, the torch of Lady Liberty symbolizes our freedom and represents our heritage, the compact with our parents, our grandparents, and our ancestors. It is that lady who gives us our great and special place in the world.” 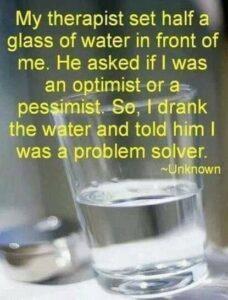