Posted at 09:45h in Law by William Natbony 0 Comments

Is there such a thing as a securities law Trifecta?

The Chief Executive Officer of a publicly-traded company (X Corp) is having a rough time. Sales are down. Volume is down. Profits are down. X Corp’s direction has been questioned. It’s missed several excessively-optimistic targets previously announced with great fanfare. The CEO nevertheless has continued working tirelessly to make X Corp the greatest company in the world. The problem is those damn short sellers. They’ve been bad-mouthing X Corp and their efforts have been successful in pushing down the price of X Corp’s shares. (No, this is not about Elon Musk. His run-ins with the truth and the securities laws were discussed in “Elon Musk” in the February 27th TLR, and in “The Return of Truthiness” in the May 15th TLR and “Lying, Cheating and the Corrosion of Democracy” in the July 27th TLR.)

What should he do?

If he’s really really smart, he might integrate a new and stunning technology into X Corp’s share capital structure in a way that screws the short seller scum enhances the value of X Corp and places it at the leading edge of capital structure innovation. That would catch the public’s attention and rev up X Corp’s share price. How might he do that? How about issuing a crypto-blockchain preferred stock dividend? That uses all the right techno-babble hits all the right market notes! It also could be a way to test if X Corp should list its common stock on a blockchain ledger instead of a stock exchange, which would be a capital structure first. When he suggests this to X Corp’s Board of Directors, he also points out that a similar blockchainy idea worked wonderfully for the Long Island Iced Tea Corp. When it changed its name to the Long Blockchain Corp. in December 2017, its share price immediately soared by over 200{29ea29b64b10057f61377b2c087cd5b7537a0cd24da4295a308b0bf589469f35} (in the process wiping out the positions of short sellers). “By Nitty Dingo,” he exclaims, adding that the same thing might happen to X Corp’s stock if it should declare a crypto-blockchain preferred stock dividend. As a result, the Board of Directors decides to issue one share of X Corp Digital Voting Series A-1 Preferred Stock for every ten shares of X Corp common stock. The Digital Preferred will be similar to X Corp’s common stock, but will trade only on X Corp’s own blockchain platform. Oh, and by the way, the CEO adds and the Board determines that the Digital Preferred won’t be tradable at all during the first six months after it’s issued.

It sounds pretty neat, no? As long as the reason for issuing the Digital Preferred and precluding it from trading for six months is because X Corp is testing the crypto-blockchain waters for capital structure efficiency, collateral effects should be irrelevant, right? Nothing about this unique exercise in capital structuring raises any concerns about market manipulation or securities fraud or insider trading, right?

This isn’t a fable about X Corp or its hypothetical CEO or its Digital Preferred. It’s the real-world story of Overstock.com, Inc., its bizarro CEO, Patrick Byrne, and its Digital Voting Series A-1 Preferred Stock … and it’s quite a story! It’s about the creative exercise of corporate power and the manipulative ability potential consequences of innovative capital structuring. And the key to the story surrounds the decision of Overstock to restrict the trading of the Digital Preferred for six months. That limitation created a shocking surprising well-planned entirely foreseeable short squeeze.

When someone shorts a stock – in the belief that its value is inflated or that the company is suffering from fundamental flaws –, the shorted shares first have to be borrowed from a shareholder. You can’t sell shares “short” unless you possess those shares. In doing so, the short seller becomes responsible for turning over to the lender-shareholder dividends received during the borrowing period. That’s simple to do when dividends are paid in cash. With untradeable, untransferable Digital Preferred, it’s impossible … and, for its first six months, Overstock shares were untradeable and untransferable. When this conclusion dawned on Overstock’s short sellers, they had to exit their short positions …, and the only way to do so was by buying shares of Overstock in the open market. That created a sudden surge in buying, causing the price of Overstock shares to rise significantly…, a very nice thing for Overstock and Byrne, its largest shareholder.

The Digital Preferred dividend was declared on July 30th with a record date of September 23rd.

On August 22nd, without warning, CEO Byrne unexpectedly resigned from Overstock because, he said, he had dated this beautiful Russian spy and been betrayed by U.S. spymasters … whom he referred to as the “Men in Black” … and he felt compelled to tell this to the world on August 22nd … and … yup, there’s more.

Byrne told his story to several media outlets and posted it on his website, deepcapture.com (yup, he has his own website too!). In a call from his car after delivering a farewell speech to his astonished employees, Byrne said that he’d packed his bags and was on his way to a beach in South America!

[Editor’s Note: I’m still not making this up.]

The short squeeze caused by the untradeable and untransferable Digital Preferred led to a peak in the price of Overstock shares of $26.72. It was at that level that the price of Overstock shares began to tumble because short sellers’ brokers decided to accept cash in lieu of the forthcoming Digital Preferred dividend. And then, several days later, former-CEO Byrne filed a securities law form disclosing that he had sold his entire stake in Overstock – ~4.7 million shares or ~13.6{29ea29b64b10057f61377b2c087cd5b7537a0cd24da4295a308b0bf589469f35} of the company – for ~$100 million a few days earlier …, right around its high. Really? REALLY?

Before the filing, his blog had been berating the SEC: “Now, after 15 years of being scofflaws, the shorts are crying because they are getting sucked into a black hole they created themselves. If you [the SEC] call ÔÇÿBazoomba!’ for them now, I am going to use this website to vaporize you with information I give the public.”

Okay Sean, we get it, you want to screw the shorts … but Bazoomba-ing the SEC? Not a good idea.

After he sold his stock: “The proximate cause of [my] decision to sell … came when we heard over the weekend that starting last Friday, the Deep State’s pets at the SEC began leaking something to their clients … that they were going to Bazoomba our digital dividend.” Byrne followed that up by accusing the SEC of conspiring with Wall Street banks to manipulate the price of Overstock shares to help the short sellers! Really? REALLY? How does he think the SEC might react to that accusation? Oh, that’s right. He said that he’s on his way to a beach in South America!

To be clear, when Byrne realized that the short squeeze he had created had topped out, he quickly sold HIS ENTIRE SHAREHOLDING in Overstock, announced that he was leaving the country … and added that he was taking those profits and hiding investing them in “in mathematical [crypto] mist … (with paper backups in the hands of a priest I met 35 years ago who never sits foot in the West).” REALLY?

[Editor’s note: I promise I’m not making this up!]

It should come as no surprise that, when this news came out, the now-Byrne-less Overstock Board of Directors quickly disavowed readdressed the tradability of the Digital Preferred: “In view of the feedback we received from industry participants, investors, and regulators with respect to the [Digital Preferred] dividend, and in order to provide greater liquidity, we are working with the appropriate regulatory authorities to structure the issuance of the dividend shares so they would be freely tradable …. We believe this will be a major benefit to investors.”

As a result, the price of Overstock shares quickly fell back to Earth, to a low of $9.61 on October 1st.

Meanwhile, the plot thickened further. News stories reported that “the crypto-dividend plan was devised by Byrne … to thwart Overstock’s short sellers” and not as a test of crypto-blockchain. Surprise!

Which brings us, finally, to the securities law Trifecta (my apologies for the lengthy introduction … but Sean Byrne’s story certainly makes interesting reading, no?).

To start, it would be market manipulation if Overstock issued the Digital Preferred with the goal of causing a short squeeze. If, on the other hand, Overstock had declared its crypto dividend solely primarily because its goal actually was to become the groundbreaking blockchain capital structurer-in-chief and it was a coincidence that this also resulted in a short squeeze, that would be OK. However, if the news story about the Digital Dividend plan being “devised by Byrne to thwart short sellers” is true, Overstock and Byrne are in deep Bazoomba trouble. Byrne on his website, deepcapture.com, has criticized that report …, but not denied it.

The second prong of the Trifecta is securities fraud. Those interested in the legal intricacies might peruse the class action complaint filed in Benjamin Ha v. Overstock.com, Gregory Iverson and Patrick Byrne in Utah Federal court. It accuses Overstock and its principal officers of making false, misleading and “bizarre” statements and concealing information in a way that artificially inflated Overstock’s share price – that is, it accuses them of securities fraud.

The final prong of the Trifecta would be insider trading. Although today it’s awfully difficult to be guilty of insider trading (see “Insider Trading” in the July 10th TLR), Sean Byrne certainly presents a most interesting fact pattern. Were the SEC to pursue such a case, it has a CEO whose hatred for short sellers knows no bounds and who repeatedly attacked them. His company, Overstock, created a magical, cryptological, digital, blockchainable bullet, loaded it, and shot it in a direction that happened to include every single Overstock short seller. The CEO gloated about it on his website while ostensibly pursuing a secret plan to maximize his profits, sell his stock and flee the country. While that bullet was traveling at Mach 3 towards those detested short sellers, and while they were running for cover, the CEO resigned because he had to tell the world that he had an affair with a Russian spy, conveniently removing himself from a position of fiduciary responsibility. Concerned that the SEC might step in and ruin his plan to destroy Overstock’s short sellers Overstock’s foray into the capital structure blockchain world, the CEO threatened to vaporize the SEC should it even consider helping the short sellers. Then, when he learned that Wall Street brokers had alleviated their clients’ distress and thwarted his attack and imagined that the SEC might be looking closely at all the controversy his plan had created, he quickly dumped his Overstock shares, pocketed ~$100 million, placed the proceeds in untraceable crypto-currencies, and fled the country traveled to South America. Oh, I forgot to mention, he then added on his website: “If there be any criminal liability associated with [issuance of the Digital Preferred], let me stipulate right now that I am 100{29ea29b64b10057f61377b2c087cd5b7537a0cd24da4295a308b0bf589469f35} responsible for this: come after me” Really? Does an innocent person really say that? REALLY? 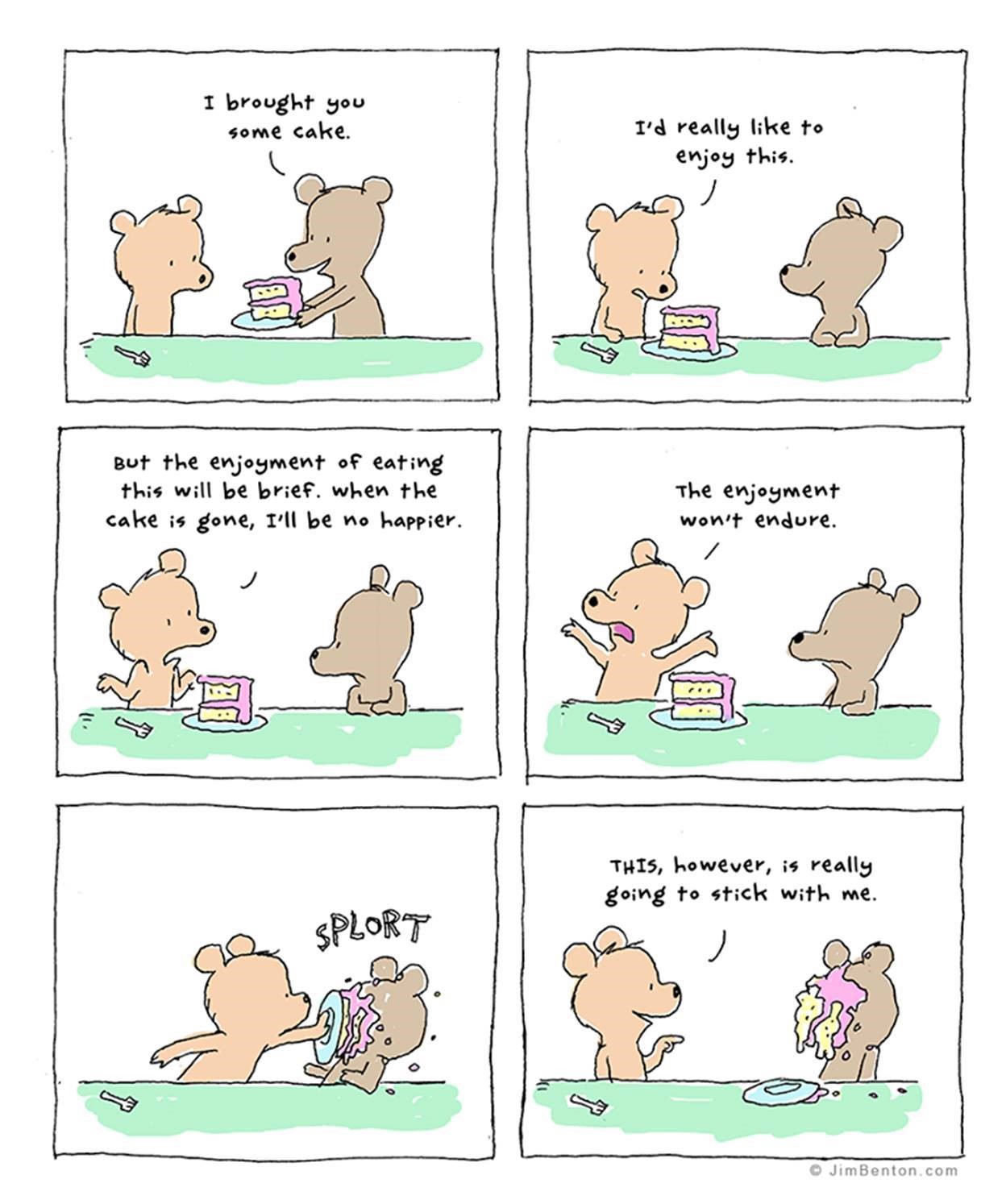