23 Aug The Fracturing US Dollar

Posted at 20:47h in Economics by William Natbony 0 Comments

Goldman Sachs issued a stern warning on July 28, 2020: There now are “[r]eal concerns around the longevity of the US Dollar as a reserve currency,” noting that “expanded balance sheets and [America’s] vast money creation spur debasement fears.”

Are those fears warranted? Is the US Dollar destined to become wallpaper, a mere piece of paper with pretty pictures?

To be the issuer of the world’s Reserve Currency means that the issuing country is blessed with an “exorbitant privilege” (a phrase coined – perceptively – by Valéry Giscard d’Estaing in the 1960s), perhaps most importantly by enabling it to run sustained balance-of-payment deficits … which, as the country possessing the world’s Reserve Currency, the U.S. has been doing for decades. Because the US Dollar is the world’s Reserve Currency, central banks in other countries are compelled to hold significant quantities of US Dollars in order to engage, and enable their countries’ businesses to engage, in international transactions – US Dollars are the grease that lubricates business dealings and global business operations, fueling the international economy and, even more so, America’s own economic health. A strong US Dollar means that American consumers are able to enjoy a lower cost for goods that are produced elsewhere, meaning that goods are cheaper for Americans. It also means that investment in America is more stable and, consequently, more attractive, drawing in global liquidity from all over the world, driving up international demand for American products, and thereby enhancing the profitability of U.S. businesses … and, in a virtuous circle, further entrenching the US Dollar as the world’s Reserve Currency …, requiring other countries’ central banks to add US Dollars to their reserves and creating massive demand for U.S. financial assets (such as U.S. Treasuries (while also lowering the costs-of-borrowing for the U.S. government and America’s businesses), stocks and bonds) …, precisely what America needs to finance its high consumption …, which further lowers prices and increases productivity …, and increases America’s wealth. In short, having the world’s Reserve Currency is of enormous benefit for both obvious and subtle reasons, each of which builds on and echoes the others.

With a dominant U.S. economy as a global magnet for goods and services, the Dollar naturally has been the world’s strongest, most-attractive, most-used currency … and that’s why it has retained its status as the Reserve Currency.

The July 19, 2019 TLR (“Be Careful What You Wish For”) cautioned that the historic U.S. strong-Dollar policy pursued by successive American administrations had been reversed: “As your President, one would think that I would be thrilled with our very strong dollar. I am not!”, accurately expresses the Trump Administration’s Dollar policy. No other American Administration during the last century+ has pursued a weak-Dollar policy. As part of its campaign to weaken the Dollar, the Trump Administration has adopted centralized planning (“Statist” policies), pressuring the Federal Reserve to lower interest rates, raising tariff barriers, sanctioning foreign companies, and adding a variety of rules that use currency devaluation as a weapon against America’s trading adversaries. The Administration believes that if those policies succeed – if the US Dollar were to be made worth … less … relative to other countries’ currencies –, foreign consumers would be more likely to buy more American products and thereby boost U.S. manufacturing. Those goals are valid ones. Were they to be realized, however, the foreseeably adverse consequences of such a weak-Dollar policy would be terribly adverse.

As TLR highlighted in its February 6th analysis of “The Weakening Dollar,” the costs to America of a weaker Dollar outweigh its potential benefits. American consumers spend more when the US Dollar is strong and goods are cheap … and higher U.S. interest rates have made foreigners eager investors in U.S. businesses and markets – cheaper goods and strong foreign investment in the U.S. are good things. A strong U.S. economy – which is another good thing – necessarily increases the trade deficit …, but it also makes the U.S. the wellspring of global liquidity, driving up demand everywhere, enhancing the importance and profitability of U.S. businesses, further entrenching the Dollar as the world’s Reserve Currency, and requiring other countries to add US Dollars to their reserves creating massive demand for U.S. financial assets. The U.S. stock, bond and commodity markets are the strongest in the world, and America is able to finance its growth and operations cheaply through the issuance of government and corporate debt, largely because of the strength and importance of the US Dollar and US Dollar liquidity.

A weakening US Dollar therefore is bad for America (as well because of its inflationary impact, a subject discussed in prior TLRs) …, which is why America’s enemies are making every effort to undermine the Dollar’s value. Russia was the first country to dump the Dollar as its reserve currency, replacing it with gold. Russia also is well on the way to denominating its foreign trade in currencies other than Dollars – it has entered into swap agreements to exchange goods-for-goods and goods-for-local-currencies with, among others, China, Iran, Venezuela and Turkey …, and China has entered into similar swap arrangements with Australia, Brazil and Japan. The history of currencies teaches that nations necessarily find ways to facilitate international transactions with or without using a Reserve Currency (as both Venezuela and Iran did after being cut-off from the US Dollar). Oil and gas payments to Russian companies by European countries that once were denominated in US Dollars are now denominated in Rubles … and soon may be paid in Euros. The Russian ambassador to China was clear as to the goal: “Both China and Russia are dissatisfied that almost everything in international payments is based on American dollars. We need more self-sufficiency…. When I say ‘we,’ I mean not only Russia and China, but a wide range of economies.” America’s friends are among the “we,” recognizing the need for a US Dollar-alternative. The EU consequently has been working with Iran and Russia to utilize INSTEX, a payments system that would function as an alternative to SWIFT, the global wire transfer system that is the linchpin of international commerce … and an essential component of the US Dollar’s status as Reserve Currency. Any successful alternative to SWIFT would be a major setback for the US Dollar.

Reliance on the US Dollar is fading. In each of the 25 months ending June 2020, global central banks reduced their U.S. debt-holdings. Since 2000, the share of US Dollars held in foreign exchange reserves by IMF members has dropped from 72% to 62%, and the Dollar’s share of the international payments markets dropped from 44.1% in March to 40.88% in May. Most recently, in July the value of the US Dollar fell by more than 4% against a basket of other currencies, the largest monthly decline in a decade. In today’s fragmented, “my country first” international environment, there no longer is a consensus for conferring the “exorbitant privilege” of Reserve Currency status on the US Dollar. The decline of the US Dollar therefore is underway, a debasement stoked by the Federal Reserve’s massive money-printing (through Quantitative Easing (QE1 began in 2008, QE2 in 2010, QE3 in 2012, QE4 in 2019, and QE “forever” in 2020), open market operations (moving money into and out of banks), adjusting the discount rate (raising or lowering short-term interest rates), Forward Guidance (telling the world its plans for money-printing), and its announced policy to do “whatever it takes” to overcome the economic effects of Covid-19), and its lower-for-longer interest rate policy (sometimes referred to as ZIRP). Similarly massive Federal and State budget deficits have further undermined the Dollar’s strength. As a consequence, on July 31st Fitch Rating revised its outlook on America’s credit to negative, citing a “deterioration in the U.S. public finances and the absence of a credible fiscal consolidation plan. High fiscal deficits and debt were already on a rising medium-term path even before the onset of the huge economic shock precipitated by the coronavirus.” Yet even with the Federal Reserve and Federal and State governments beavering away to weaken the US Dollar’s underlying supports, the Dollar remains the world’s strongest currency. Erosion takes time to have an effect. The foundations of the Dollar’s Reserve Currency value are being battered, however, and much like ocean waves that wear away the shoreline, the consequence of that slow destruction may not be immediately apparent …, but it is happening. The outcome of erosion is predicable – to paraphrase Hemingway (in The Sun Also Rises), “The US Dollar will lose its Reserve Currency status in two ways. Gradually …, then suddenly.” Ultimately, the erosion of the US Dollar as the global Reserve Currency will reach a point when there is a loss of confidence. The security of international transactions will suddenly be brought into question. In the past, such a loss of confidence often has led to panic. That may happen again …, unless the erosion of the US Dollar is arrested.

Perhaps it is too late to reverse the fall of the US Dollar as the world’s Reserve Currency. Perhaps we are too far down the road. If so, what might replace the Dollar? Would it be the Chinese Yuan? The Euro? Gold? Bitcoin? The IMF’s Special Drawing Rights basket of currencies…?

The answer is … all can be used as partial-reserve currency substitutes. Each in its own context is an acceptable surrogate for the Dollar. Some already have begun to fill in the cracks in the fracturing Dollar … gradually. There was no single global Reserve Currency prior to the US Dollar’s 75-year reign – the Dollar, after all, is only a piece of colored paper that people have agreed to use to facilitate commerce. It’s a “fiat currency” having no intrinsic value. For any piece of fiat paper to have extrinsic value, there must be faith in the fiscal, military and economic strength of the issuer, as well as in the promises of the issuer to maintain value by providing a stable, secure and safe repository for those who use the paper and who invest in assets denominated in that paper. The fact that America’s policymakers are trying, as a matter of policy, to reduce the Dollar’s value undermines it as a store of that value – and therefore undermines its status as the world’s Reserve Currency. Unless there’s a reversal in that policy and actions to support that reversal, there inevitably will come a time when investors recognize that reality. 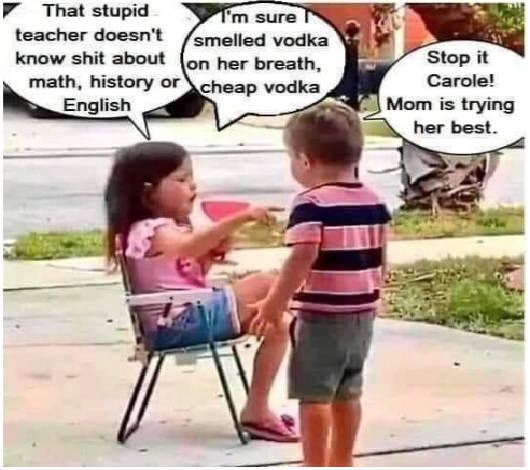