19 Apr This Time is Different – A Redux*

Posted at 19:39h in Economics by William Natbony 0 Comments

This Time is Different – A Redux

As Mark Twain reputedly said, “History doesn’t repeat itself, but it often rhymes.” Is history repeating itself today? Or is it merely rhyming?

Economists and historians make their livings based on the maxim that cycles – whether economic, social or political – recur, that human nature endures and requires that economic, political and social trends take the same non-random walk time after time. Does history repeat? Do times resonate again and again … and lead to the same economic, political and social outcomes? Or are past times merely preludes, introductions to the present, suggestive rather than indicative?

“May you live in interesting times” is a warning of danger and uncertainty to come. We live in 2020, “a most interesting time.” Although it is similar to past times in that it resonates with many of the same issues/tensions/conflicts as past economic, political and social cycles …, it is different in that issues, tensions and conflicts are occurring simultaneously, reverberating, accelerating, and building on each other. We are not at a beginning of a new historical cycle. We are in the midst of several …, a history-making tempest of simultaneous multi-year economic, social, pandemic and political developments in which the evolution – and the eruption – of dangers, uncertainties, tribulations, achievements and victories will be quite different. In short, this time is different.

The massive agricultural, industrial, technological and biotechnological revolutions of the past 250 years have seeded a new reality. There also is no doubt that the similarly massive economic, environmental, healthscare and social disruptions of the past century have created additional fodder … further dimensionality in human affairs and interactions – a different backdrop for Homo Sapiens. However, although the current cycle itself is different, times nave not changed so dramatically that today’s economic, political and social runctions will lead to different outcomes. Human nature has not changed. The outcomes this time are likely to be the same … and yet, this time – this cycle – is and will continue to develop differently. Although there are echoes of past cycles – rhymes if you will –, the seeds for this cycle were planted years ago, and are growing in a different soil and a different climate. We are not going to repeat any single economic, social, pandemic or political cycle. Instead, we are experiencing a terrifying unique fusion of cycles at a time of accelerating human revolutionary and evolutionary developments, a remarkable combination of the old and the new, a period in human history with any number of familiarities … and any number of differences …, a unique confluence of interactional events that presage an unpredictable world order … perhaps one that history has not seen previously.

The Covid-19 pandemic has any number of parallels to the Spanish Flu pandemic of 1918-1920 … and any number of differences [as also is true of the multiple bubonic plague, cholera and smallpox epidemics]. The world in 1918 was emerging from its first global war. It was a time of expanding economies, of coalescing nation-states reaching outwards, a period of extraordinary economic potential and political and social liberation and liberalism …, the beginning of the Roaring ’20s. In contrast, today’s world is a contracting one with economic pain not seen since the Great Depression, political extremism and polarization not seen since the 1930s, and rising social conservatism. Globalization – the flat world of Thomas Friedman – is at an end and the post-WWII global order has fractured … much as it came apart in the 1930s. Today there is rising nationalism, feverish political fissures within countries and between political and religious philosophies, competitive currency devaluations and the raising of tariff barriers reminiscent of the 1930s Smoot-Hawley Tariff Act that will further increase global imbalances and exacerbate new and existing internecine tensions.

Middle class job creation was only beginning to accelerate in 1918. Ground-breaking inventions were creating new industries, factories were coming into their own, there were innovative businesses and multiple opportunities for higher-paying jobs. Those jobs, and the rise of unionization, began to shrink the divide between rich and poor. Universal public education provided an additional leveling mechanism. That was then. The opposite trends exist today. The great divide between rich and poor continues to widen. The revolution in technology has eliminated both industrial and agricultural jobs, and the substitution of machines for manual labor has forced those who previously worked in agriculture and manufacturing to take lower-paying jobs in unskilled service industries. This has led to widening income disparities and rising populism in a cycle that resonates not at all with the post-WWI Spanish Flu world (or with any other for that matter). The resonance once again is with the 1930s, a period of increasing racial, religious and sectarian polarization, rising tariff barriers, the sundering of international relationships, competition between political philosophies (in the 1930s, fascism vs communism vs democracy; in the 2020s, democracy vs autocracy/central control), and the sharpening of great power competition and conflict (TLR has often referenced Destined for War by Graham Allison).

This is all occurring at a time when Covid-19 is crushing both demand and supply, leading governments and Central Bankers to print unprecedented amounts of fiat currencies in an effort to bail out the world’s stalled economies …, amounts that exponentially dwarf those of any prior period. All of the world’s governments accordingly have been compelled to sign onto Modern Monetary Theory … which posits that, because governments own the printing presses, they can print and spend as much money as they please and amass virtually unlimited debt. No matter how much they print, no matter how much debt they run up, and no matter how high a price they have to pay in interest, they can always pay-off their obligations simply by printing more paper currency. Unlike an individual borrower, a government-with-a-printing-press can’t spend too much money and can’t have too much debt. Those printing presses have been running – running in overdrive – for over a decade …., so much so that one wonders when those presses may overheat.

At the beginning of the 2008-09 Financial Crisis, the U.S. Federal Reserve eased credit and printed gobs of US Dollars in an overt effort to head-off a downward economic spiral – the fear at the time (and for years thereafter) was that the Financial Crisis might lead to a Second Great Depression. That effort was had been praised as a smashing success, especially since it became coordinated with other countries that acquiesced in the harmonization of global money-printing efforts. Those pre-Covid-19 efforts inflated the world’s money supply far beyond anything anyone might previously have imagined and, as a result, trillions upon trillions of fiat currency dollars have flowed into the global economy and spurred consumer spending, stock market values and GDP growth. Trillions of new US Dollars, Euros, Pounds, Yen, Yuan, Canadian Dollars, and Aussie Dollars. Every time the global economy appeared to be sputtering, Central Bankers came to the rescue and coordinated money-printing action.

And then came Covid-19. In order to avoid a total, worldwide economic calamity, governments and Central Bankers quickly signed onto a “whatever it takes” money-printing orgy – a capitulation to Modern Monetary Theory. They viewed it as their only alternative to avoid a deep and long-lasting Depression. One can only hope that they’re right. However, in addition to its newfound adherents, MMT has a good many detractors, including some of the biggest names in the world of economics: Larry Fink labeled it “garbage”; Bill Gates called it “crazy talk”; Jeffrey Gundlach said that it’s “complete nonsense”; former New York Fed president Bill Dudley called it a “crackpot theory”; Larry Summers called it “fallacious at multiple levels”; and liberal economist Paul Krugman and Fed Chairman Jerome Powell have both rejected the economics underlying MMT, Powell calling it just “wrong.” Moreover, when the University of Chicago’s Booth School of Business asked top scholars about a couple of MMT’s claims, they split between the 28% who disagreed … and the 72% who strongly disagreed.

Because of the post-2008 actions of governments and Central Bankers, the world prior to Covid-19 was sitting on mountains of debt, liabilities that included more than $16 trillion of sovereign debt carrying negative interest rates. The U.S. had a debt mountain of more-than $23 trillion … EXCLUDING over $100 trillion of State and local obligations, private company debt (estimated at almost $30 trillion), student loan debt (over $1.5 trillion), mortgage debt (over $9 trillion), auto loans (over $1 trillion), and credit card debt (over $1 trillion). Global debt today is far larger than it was in 2008 …, which marked the end of what was previously the greatest credit-bubble in history. The money-printing of the past decade+ served to hold-off Recession, an exercise in deferral.

With Covid-19, the U.S. now is printing Dollars at a rate that makes repayment of the country’s debt impossible highly questionable … unless one assumes impossible highly-aggressive GDP growth rates over the next decade and more. Is there a limit on how much the U.S. can borrow, print and spend? Has money lost its meaning? The number of Dollars previously thrown at ensuring a recovery from the Great Recession – more than $23 TRILLION – is beyond comprehension. The numbers being thrown at Covid-19 go far beyond that … and far, far beyond anything that could have been imagined pre-2008.

Stein’s Law, named for the late economist Herbert Stein, chairman of the Council of Economic Advisers under President Nixon, states that “If something cannot go on forever, it will stop.” Stein’s Law is both tautological – by definition, if something cannot go no forever, it will stop – and illogical – nothing can go on forever. John Kenneth Galbraith said there are two types of economic forecasters, “Those who don’t know and those who don’t know they don’t know.” No one knows where the combination of MMT, new economic policies, political and social upheavals, and maturing revolutions in agriculture, industry, technology and biotechnology will take us. No one can know. This time is different. 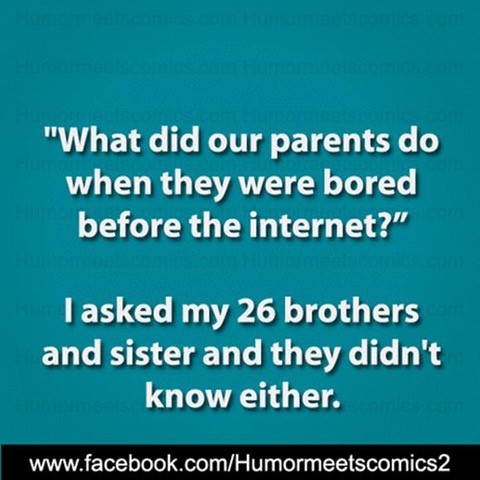