Contrary to conventional wisdom, war and its definition are not static.  Like societies, “war” evolves with the times … and with technological progress advancements.  It has changed markedly over the last two decades.  Countries do not suddenly declare themselves to be “at war.”  War rarely “just happens.”  There is a prelude.  There are preparations.  The signs of those preparations are not difficult to see.

The dictionary defines “war” as “a state of armed conflict between different nations or states or different groups within a nation or state generally characterized by extreme violence, aggression, destruction and mortality” …, a definition that, by 21st Century standards, is incomplete.  For example, in today’s world there are any number of methods for waging war without “extreme violence,” though most certainly with aggression, physical, economic or psychological destruction, and mortality …, any of which could morph into extreme violence.  Violence can take many forms.  As a consequence, there are any number of conflicts, both ongoing and insipient, that by contemporary standards properly should be labeled “wars.”

“War” has existed throughout human history.  It has a purpose.  It had its beginnings in the physical violence used to secure adequate food, clothing and shelter – survival war – which has evolved into the avaricious pursuit of economic, territorial, religious, and/or national gain …, which are not wars-of-survival and do not necessarily require physical violence to achieve their goals.  Individuals and groups understand that such pursuits often can be achieved through means other than the proverbial sword.  One modern means is cyberwarfare which, today, is indeed “warfare.”  Countries are spending billions of Dollars deploying cyberweapons in pursuit of economic, territorial, religious and/or national gain with resulting aggression, destruction and mortality … and to defend themselves against others’ cyberaggression, destruction and mortality.  Can there be any doubt that a country that directs cyberattacks in order to defeat its enemy – and thereby achieve a gain – is engaging in an act of war?  It’s not called cyberwarfare for nothing!

With cyberwarfare serving as an example of an aggressive, destructive and, at times, deadly form of “warfare” (the 2016 cyberattack on Ukraine’s electric grid in the middle of Winter being one instance), similar examples of less-extreme “warfare” include economic attacks using targeted sanctions, banning or blockades of commerce, goods or services, and the withholding of critical commodities or technologies …, as well as the extraterritorial use of electromagnetic waves, drugs, and poisons to eliminate enemies – including enemies of the state living in sanctuary countries.  Each can deliver violence, aggression, destruction and mortality.  The 20th and 21st Centuries are replete with examples.  Some such actions have led to “hot wars” – perhaps the most notable being the withholding by America of strategic resources needed by Japan in 1941, which led to Pearl Harbor – while other equally-aggressive actions have not – America’s attempts to assassinate/depose Fidel Castro led to the Cuban Missile Crisis, but barely fell short of outright war.  Yet all such actions, and preparations for aggressive actions, carry the risk of “hot war” and, in some cases, perhaps the promise of inevitability.  Surely, biological, chemical, nuclear, hypersonic, electromagnetic and similar weapons are not being developed only for purposes of intimidation.  Their existence and efficacy presuppose their intended use.

Iran has been “at war” with the U.S. and its allies for more than 40 years … with the U.S.’s most recent response being the imposition of severe economic sanctions, the facilitation of cyberattacks, arms shipments to Iran’s enemies and domestic agitators, and assistance with intelligence concerning key-person assassinations and nuclear-facility sabotage.  Iran simultaneously has been exporting its hard-edged Shiite religionism to the global Shiite community, and expanding its territorial and regional influence in the pursuit of Persian Empire aspirations by planting its flag in Syria, Lebanon (allying itself with Hezbollah), Iraq, Yemen, and wherever else America has or may become an adversary.  Hostilities between Iran and the U.S. are at a “cold war” level only because a “hot war” is not yet in either country’s interest – America learned from its experiences in Iraq to avoid active regime-change and, without allying itself with others, Iran would be the loser in any military confrontation.  The U.S. and Iran therefore have been fighting a “passive war” with occasional “heat.”  Whatever the label, the two countries clearly have been and continue to be “at war” with each other.

In the Eastern Mediterranean and Middle East, Turkey’s President Recep Tayyip Erdogan similarly is seeking territorial expansion and influence, in his case in the pursuit of Ottoman Empire aspirations.  He has been presenting himself as the leader of the Muslim world and the standard-bearer of Islamist movements.  Adopting those stated roles, Turkey’s armed forces have invaded and occupied parts of Syria and Iraqi Kurdistan, decisively intervened in the Libyan civil war, and challenged NATO allies Greece and France by forcefully asserting sovereignty over natural resource reserves in the Eastern Mediterranean.  Highlighting the separation of its interests from those of the U.S. and NATO, Turkey has purchased a Russian air-defense system and entered into discussions with Hamas, a terrorist organization sanctioned by both the U.S. and European countries.  In short, Turkey is pursuing an expansionist foreign policy that actively employs intimidation and undeclared wars, extreme violence, aggression, destruction and mortality … and, by doing so, is both thwarting American interests and threatening escalation.  (See “Let’s Talk Turkey” in the April 1, 2019 TLR.)

“Cold war” efforts by America similarly characterize its relationships with North Korea, Venezuela and Cuba.  America has imposed increasingly-harsh sanctions on each.  However, more so than Iran, Turkey, Venezuela, North Korea or Cuba, America is in an escalating “cold war” with Russia, which once again is actively pursuing territorial expansion in the pursuit of President Vladimir Putin’s Soviet Empire aspirations.  It previously carved up Georgia, annexed Crimea and created an eviscerated, partitioned Ukraine.  It is currently offering to provide whatever aid is requested for another neighbor, Belarusian dictator President Alexander Lukashenko, and applying ethnic, energy and other pressures to the former Soviet states of Estonia, Latvia, and Lithuania … all of this in addition to its recent Novichok poisoning of dissident Alexei Navalny as well as the assassinations of Putin’s numerous critics and Navalny’s predecessors.  As a consequence, Germany, bending to American pressure, is reconsidering its support for Russia’s Nord Stream 2 pipeline that would supply natural gas to Europe, a key economic and currency priority for Russia, especially given the adverse effects America’s economic sanctions have had and are continuing to have on its government officials, oligarchs and economy.  In response, Russia for the past several years has been testing its European neighbors’ defense systems, on land, sea and in the air, most recently when a Russian Su-27 fighter jet violated NATO airspace to intercept a U.S. Air Force B-52 bomber.  All of this is occurring at the same time as the U.S. is pursuing an isolationist foreign policy, withdrawing militarily from its defense commitments, and contemplating withdrawal from the NATO alliance … and when U.S. intelligence agencies are reporting that Russia is actively seeking to disrupt the U.S. Presidential election.  Some commentators have questioned whether Russia’s provocative “cold war” actions may be less for the purpose of probing the EU’s defenses and more to determine America’s possible reactions to a “hot European war.”  How indeed would an anti-war, isolationist U.S. respond to armed hostilities?

That question is more apropos with respect to China’s actions that further the Global Hegemonic aspirations of Xi Jinping.  China is engaged in a well-planned “cold war” program of aggressive territorial expansion, in part peacefully through the economic superiority that would be attained by its Made in China 2025 plan, the economic leverage it is employing in its frontier market-lending program, its political influence strategies, and its multi-trillion dollar Belt and Road initiative (each of which was discussed in the April 2019 TLR “Red Storm Rising”), and in part through military actions on its borders, notably with India where it recently engaged in armed combat with Indian troops, its military exercises targeting neighboring countries, notably Taiwan, its occupation of Hong Kong, and through the building of military bases in the East and South China Seas.  Of these, China has made it clear that absorbing Taiwan is its highest priority, an action that few expect in the near-term but one that might be well-timed were it to occur between America’s election and its Presidential inauguration.  The list of economic, technological and political “battles” that China and America currently are “fighting” have become increasingly heated and have led to American bans on Chinese companies TikTok, WeChat and Huawei, tariffs and sanctions on Chinese goods and individuals, restrictions on Chinese travelers, researchers and students, and the proposed delisting of Chinese companies currently traded on U.S. exchanges.  Perhaps the U.S. and China are Destined for War, as Graham Allison warns in his book?

China, Russia, Iran, Turkey, North Korea, Venezuela and Cuba therefore are “at war” with America …, which means that America as a nation must be “at war” with each of them … at war throughout the world, wars its enemies are actively pursuing, but ones that Americans themselves are ignoring (as TLR has addressed in its “Axis of the Sanctioned” commentaries).  China, Russia, Iran and Turkey have stepped into the vacuum left by America’s withdrawal from the global scene, from the Middle East and Afghanistan, and from its European and Asian alliances.  They appreciate that a coordinated “cold war” assault on American hegemony can be enhanced by a bit of “heat” …, and are exerting that heat.  It is well worth noting that pandemics have a domino effect, creating economic, social and political consequences … and that they often are a prelude to war.  America’s enemies recognize the opportunity presented by America’s global withdrawal, by Covid-19, and by the economic, social and political turmoil in the U.S. – the fact that America also is “at war” with itself.

The 20th Century Cold War tactic of containment that isolated the Soviet Union and avoided nuclear war was a plan shaped by George Kennan to protect America, Americans and American economic interests.  It worked wonderfully.  Presidents Obama and Trump have brushed off the need for a 21st Century Kennan and for any such planning.  Each instead determined that it would best to pursue a strategy of isolationism.  The U.S. accordingly has been withdrawing from the affairs of other nations, from alliances, from foreign economic commitments and from international agreements with the goal of making America’s economy entirely self-reliant.  Russia, China, Turkey and Iran have heard the giant sucking sound of America’s retreat are keenly aware of the vacuum left by America’s unilateral abandonment of Pax Americana.  Each therefore is working to fill the void left by America’s retreat by expanding its national borders, enhancing its regional and global influence and increasing its wealth at the expense of America and its former allies.  History is rife with examples of the consequences of isolationism. 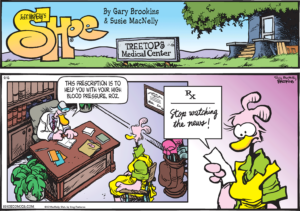