Don’t worry about how sky-high stock market prices are today.  Or Bitcoin – its price is now $59,000 (having appreciated 500% over the past 12 months).  Or the price of GameStop (from $4 to $483 in 6 months) or of sports trading cards ($1.3 million for a Tom Brady) or of crypto art ($69 million for a Beeple) or of SPACs …, or the way you used to think about the value of the Greensill Fund (they can’t all be winners!).  Each has been a media-fired Bubble that many expect will expand forever and ever …, right?  Just as Bubbles have throughout history …, right?

No, not really.  If you keep blowing heated air into Bubbles, they ultimately burst.

It would be nice to know when that will happen, no?

TLR unfortunately doesn’t have that information [though Cassandra remains on-call …].  So sorry.  You were hoping, weren’t you?  But perhaps the relevant circumstances can be framed.

As a rule-of-thumb, Bubbles burst when their price so far exceeds their value that the “madness of crowds” subsides (as described in the 1841 classic “Extraordinary Popular Delusions & the Madness of Crowds”).  Once skepticism takes hold, once the crowd begins to doubt … the game is over.  Another pin that pricks a Bubble is a more attractive alternative.  Today, the Bubble assets have no alternatives that detract from their attractiveness – bonds, for example, remain less attractive than equities (discussed in “America’s Love Affair with TINA” here).  As a consequence, the timing of an imminent Bubble Burst requires a different focus – specifically, on interest rates and inflation’s ability to affect them.

The speculative heat inflating 2020-21’s Bubbles has been jet-propelled government money-printing, its goal being among other things to depress interest rates (and encourage borrowing) and ignite spending, consumption and inflation.  As long as there is massive Dollar-printing, speculation will be widespread and Bubbles will expand.  As long as the economy requires a boost, that massive Dollar-printing will continue …, until, that is, it stops (as Stein’s Law stipulates).

Since the Great Recession, the Federal Reserve and the U.S. government have found it impossible challenging to stoke inflation.  Both have tried, and tried again, and yet again …, and both continue to try.  As TLR discussed here, accelerating agricultural, industrial, technological and biotechnological revolutions have seeded a unique 21st Century economy.  The combined impact of their revolutionary advances has decimated blue-collar industrial and agricultural jobs and lifestyles by substituting machines for manual labor and driving all-too-many Americans into low-paying, unskilled service jobs.  This has increased income disparities and widened the great divide between rich and poor, rural and urban, and white and non-white.  America today consequently is in the midst of increasing racial, religious and sectarian polarization, “my-country-first” jingoism, a sundering of previously-beneficial military, political and trading relationships, increasing global political competition and conflict (most recently highlighted by TLR here), and economic dislocation.  In an effort to address the 2020 coup-de-gras of Covid-19 crushing both demand and supply, America’s printing presses were put into overdrive … and unprecedented quantities of Dollars gushed from Washington and the Fed.  Politicians justified the extreme monetary measures – and consequent budget deficits and burgeoning debt – by pointing to the fantasy of Modern Monetary Theory.  MMT posits that, because governments own the printing presses, they can print and spend as much money as they please and amass virtually unlimited debt without apparent short-term consequence (discussed in “Will Modern Monetary Theory Work” here and “They’re All Keynesians Now” here).  Even though virtually all economists find that rationalization rationale laughable questionable …, America has made an enormous bet on its effectiveness …, with both Political Parties having signed on.  America accordingly is awash in cash …, which has to be either spent or invested.

To date, it hasn’t been spent (which would stoke inflation).

Can those Bubbles continue inflating?

The bond market has been Bubbling for decades with investors enjoying a richly rewarding 40-year bull run.  Having built a cushion of profits, they are comfortable in continuing to hold their bonds.  Because the price of bonds is inversely related to interest rates, should interest rates rise sufficiently, however, that comfort will evaporate.  Investors would begin taking profits by paring their bond holdings which, should bond prices continue to recede, in due course would morph into a bear market panic … with dire economic fallout that would impact all Bubbles.  That risk hinges on inflationary expectations that would be triggered by reduced money-printing followed by rising interest rates.  Interest rate policies are the domain of the Federal Reserve.  What would motivate the Fed to start reducing Quantitative Easing and begin the process of raising interest rates?

Significant inflation …, but not just any kind of inflation.

Milton Friedman asserted that the cause of inflation “always and everywhere [is] a monetary phenomenon in the sense that it is and can be produced only by a more rapid increase in the quantity of money than in output.”  Today’s unlimited government money-printing fits the definition of “rapid increase” … and that money-printing far exceeds output.  The Trump Administration in 2020 injected $2.6 trillion of stimulus and $900 billion of tax relief into the U.S. economy.  It ran a budget deficit of $3.1 trillion, which was the largest ever – more than 16% of GDP … when a 3% deficit is considered the limit of prudence.  This is in addition to the >$3 trillion of Covid-triggered lending and bond-buying overseen by the Fed and a further 2021 $1.9 trillion of Biden Administration stimulus.  Whether these massive injections of money into America’s economy turn out to be inflationary depends on where that money ends up.  To date, it has gone into asset inflation – the Bubbles –, and it has not yet gone into wage or retail inflation, the kind that leads to an adverse Fed reaction.

The Fed sent a calming message this week, once again doing its best to ease excess inflation and interest-rate fears.  Even though the Fed upgraded its 2021 GDP growth forecast to 6.5% (the largest such increase since 1984), a marked increase from its December forecast of 4.2%, and indicated that it expects the unemployment rate to improve throughout the year, Fed Chairman Powell pledged that the Fed would not raise interest rates until at least 2024 (not a unanimous view, however, among the 18 Fed Governors) and that it would continue its current $120 billion/month QE purchases indefinitely.  The Fed repeated its promise to tolerate inflationary flare-ups while continuing to print money and suppress interest-rates.  Although the Fed is forecasting that inflation will reach 2.4% in 2021 and remain at or above 2% for the foreseeable future, Powell was sanguine.  Mr. Market, however, immediately expressed significant skepticism.  Following Powell’s presentation, bonds sold off and interest rates rose in the belief that the Fed will soon slow its QE purchases, scaling them down, and then raise interest rates, the market pricing in 4 interest-rate hikes by January 2023.

The Fed’s dovish inflation-and-interest-rate stance is based on its belief that the demand for goods and services will not increase more rapidly than the economy’s ability to produce those goods and generate those services – which are the prerequisites for consumer price inflation.  The risk is that, should the price of goods and services rise, consumer expectations also will rise and this will lead to increased demand that will increase the price of goods as well as demands for wage increases, which will increase the cost of services … in a self-reinforcing wage-price spiral.  The mechanism the Fed historically has used to chill such incipient inflationary concerns is by raising the costs of production by raising interest rates.

The market’s negative reaction to the Fed’s efforts to calm inflationary fears is based on a belief that America may be on the verge of a new inflationary wave.  A number of prominent analysts have expressed the view that the extreme money-printing approach of Washington (under both the Trump and Biden Administrations) and the Fed is about to turbocharge consumer prices.  If so, that will trigger an unacceptable level of inflation that will threaten stock and bond prices … as well as other Bubbles.  “The pricing-in of inflation in markets is actually the beginning of a major secular change, not an overreaction to what’s going on,” said Greg Jensen, echoing the view of fellow Bridgewater Associates’ co-CIOs Ray Dalio and Bob Prince.  “Economic conditions and inflation will adjust faster than either markets or the Fed are expecting.”

Other analysts are confident that the Fed is ready, willing and able to successfully manage inflationary pressures, many because they see a world economy that remains dominated by deflationary forces.  After all, extreme inflationary efforts by Central Bankers and successive government administrations over the past 12 years haven’t ignited inflation.  Without greater stimulus, they believe the temporary inflationary forces unleashed by 2020-21’s unprecedented money-printing will soon reverse.  They point to the deflationary impact of America’s aging population that reduces demand and lowers consumer prices (“demographics is destiny”), labor-saving automation that is accelerating and spreading into more and more industries and professions creating a pool of excess workers as well as excess manufacturing and production capacity, the receding economic tailwinds of outsized Covid-inspired stimuli and real estate appreciation, and Americans who currently have a massive amount of personal debt they are paying down and will continue to pay down instead of spending – all of which will drag the American economy away from growth, inflation and higher interest rates.  Consider also that the proposed Biden Administration’s tax increases would further drag down inflation and have a braking effect on America’s projected GDP growth.  These factors, they argue, not only will cool inflationary pressures, they also will deflate today’s Bubbles.

A consensus consequence of the 2020-21 money-printing orgy is that inflationary pressures will increase over the next number of months …, and then … (drum roll please) … consensus ends.  Those inflationary pressures have resulted in an increase, temporary or not, in long-term interest rates, spooking markets.  The Fed, however, will not allow those rates to rise too far without taking further easing action(s).  To do otherwise risks a debt crisis as businesses, States and America itself would find their debt obligations impossible to service or repay.  Should rates approach such an alarmingly high level, the Fed will be compelled to do “whatever it takes” to twist increase QE and further suppress interest rates.  Federal debt today is at $28 trillion, State and local debt >$100 trillion, corporate debt at ~$30 trillion, student loan debt at $1.5 trillion, mortgage debt >$9 trillion, and auto loans >$1 trillion.  As long as the U.S. Treasury Note’s 10-year interest rate remains below 2%, America’s economy and its Bubbles should continue to grow.  Should that rate exceed 2.5%, however, the Fed would be forced to act to avoid tumbling Bubble markets, business failures … and worse.  Given the Fed’s mandate to create jobs and ensure economic stability – and in the absence of adverse black swan events –, the odds favor continued Bubble expansion.  Yes, Victoria, those and other Bubbles are likely to keep bubbling.

Finally (from a good friend): 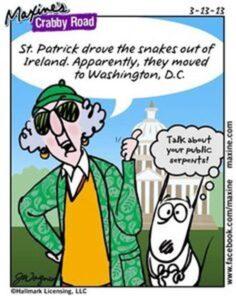