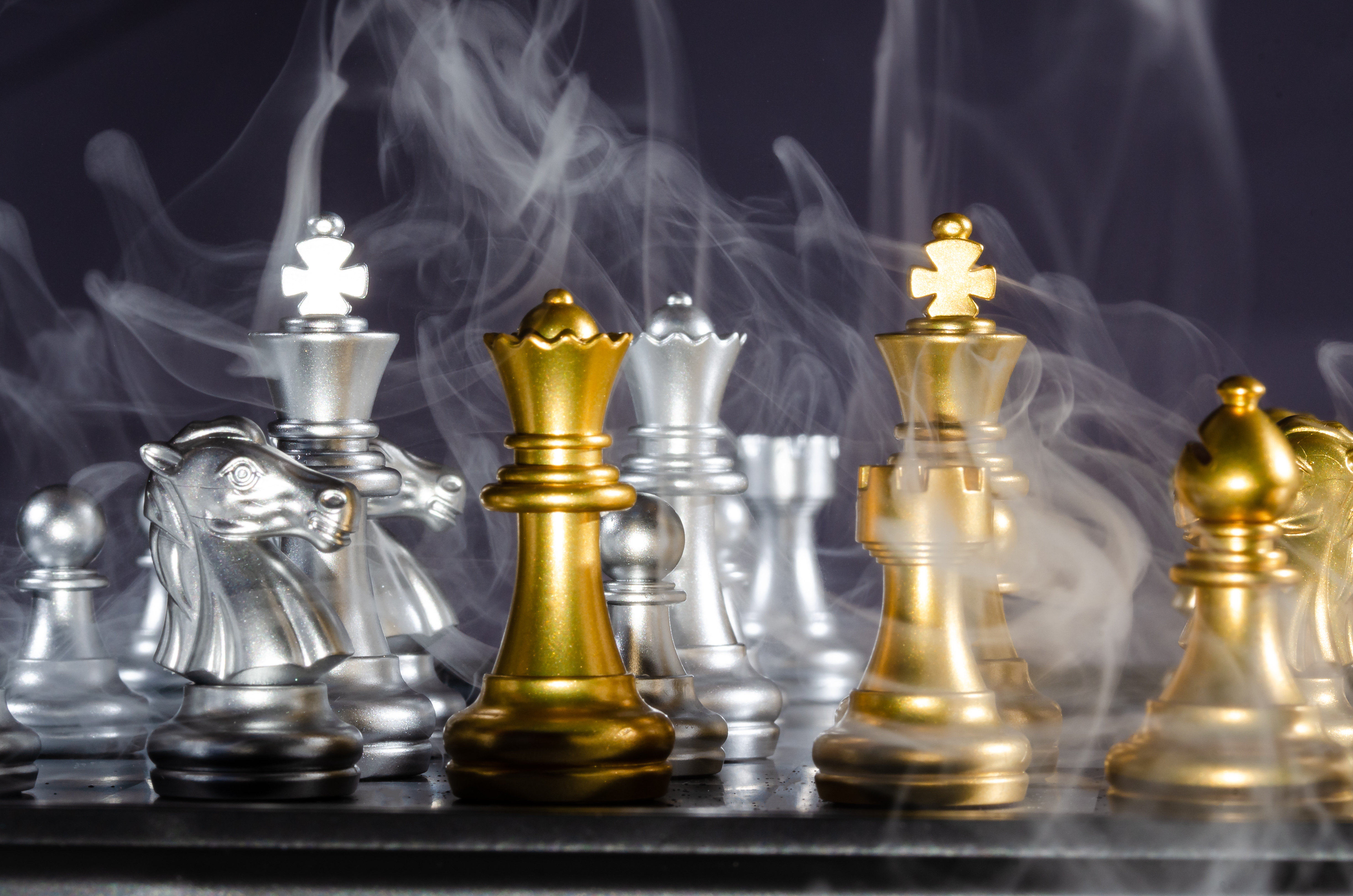 “Nationalism can build a bridge across the partisan divide.” – The Lonely Realist

China has a plan, a well-thought-out plan, for absorbing Taiwan and, in doing so, taking a significant step towards empire-building and global hegemony … and exposing the weakness of America’s democracy and military.  Success would constitute a momentous achievement for the Chinese Communist Party and, crucially, for Chairman Xi Jinping.  It would cement a prominent place for Xi in the history books.  At 68 years of age, both his words and his deeds have made it clear that he will not wait much longer to attain his goals.

The conventional thinking about China has been that it “plays the long game,” taking a patient approach to history, confident that the gravitational pull of 1.4 billion Chinese people and China’s economic, diplomatic and military ascent will lead inevitably to achievement of its goals …, including dominance on the world stage.  The now-discredited exemplar of China’s patience was Hong Kong, where Deng Xiaoping in the early 1980s articulated a philosophy of gradual reunification by means of “one country, two systems,” a policy that was incorporated into Hong Kong’s constitution upon its reversion from the United Kingdom in 1997.  The agreed-upon timeframe for reunification was 50 years … to occur in 2046.  XI China, however, opportunistically accelerated that timetable … by a full generation … to 2020.  So much for “patient inevitability.”  Chairman Xi is not a patient man, a fact that America ignores at its peril.  He has a legacy to cement … and a limited time in which to do so.

China has had a similar policy of “peaceful unification” with Taiwan that once contemplated an even longer timeframe intended to span multiple generations through enhanced economic, cultural and social ties.  More than two generations have passed without significant progress.  Further waiting no longer forms a part of Chairman Xi’s plans.  He has determined to accelerate the timetable in the face of escalating Taiwanese resistance triggered by China’s forceable takeover of Hong Kong, its aggressive actions against its Asian neighbors and its claims of sovereignty over territory within a claimed “nine-dash line.”  Xi abandoned the Party’s fig leaf approach of “patient inevitability” several years ago when China began applying heat to the island province nation – after all, it sits only 100 miles off China’s coast … and 7,500 miles from the U.S.  The Taiwanese “frog” that thrived in the cool Western Pacific waters because of America’s military protection and flourished because of its combination of democratic government, capitalist industry and Chinese forbearance – based on China’s real-world vulnerabilities – now is in hot rapidly warming water – based on China’s real-world advances.  Chairman Xi has staked his legitimacy on the imminent absorption of Taiwan.  In 2017 he proclaimed that “complete national reunification is an inevitable requirement for … the Chinese nation” …, then two years later raised the temperature by saying that “cross-strait instability … cannot go on generation to generation” …, and then earlier this month he added that “Solving the Taiwan question and realizing the complete reunification of the Motherland are the unswerving historical tasks of the Chinese Communist Party….  All sons and daughters of China … must move forward … to resolute smashing any ‘Taiwan independence’ plots.”  Chairman Xi’s language reflects the martial drumbeat of the “wolf warrior” in Made-in-China movies where the Chinese military crushes American forces.  As Xi has said, those who oppose the inevitability of China’s “new model for human advancement” – explicitly America – will “have their heads bashed bloody.”  Those indeed are warrior words, words that leaders have used since the beginning of time to prepare their countries for war.  Chinese officials have been echoing Xi’s nationalist-militarist theme with increasing ferocity, emphasizing that “no options are excluded” in reunifying Taiwan with the Motherland.  The Communist Party Line increasingly contrasts China’s efficient autocracy with America’s decaying democratic institutions.  America is described as weak and in disarray, a hellhole of Covid-19 deaths, racist policing, gun violence and partisan paralysis …, the perfect foil for the rising Chinese superpower.

Those who have listened to Xi’s words and monitored his actions acknowledge a well-executed plan (first discussed by TLR here) pursuant to which  China has pursued an aggressive military modernization program with the unambiguous goal of strategically overwhelming American forces in the Western Pacific (most recently discussed by TLR here).  To his credit, Xi has successfully marshalled China’s resources, technology, and national will to undertake the most ambitious restructuring of China’s military since its founding.  The People’s Liberation Army now seamlessly coordinates with China’s air force and strategic rocket force.  Xi has realized his goal of effecting a restructuring that would enable the PLA to win “near-abroad” wars by 2020 – that is, the area within its territorial “nine-dash” line in the Western Pacific (discussed by TLR here and here).  China has the largest army and navy in the world, the most sophisticated arsenal of conventional ballistic and cruise missiles with the greatest ranges, and the world’s largest force of advanced long-range and surface-to-air defensive missile systems.  It indeed has developed the military strength and technologically-advanced weaponry necessary to repel any challenge to its hegemony in its “near abroad.”  Admiral Philip Davidson, who heads America’s Indo-Pacific command, recently confirmed that the military balance in the Western Pacific has “become [even] more unfavorable.”

As a result, Xi has been turning up the heat on both Taiwanese and American defenses in the Western Pacific (as well in other “nine-dash” Pacific areas, including The Philippines, another American ally).  China has increased military operations in Taiwanese air- and sea-space, conducting 380 intentional incursions into Taiwan’s air-defense identification zone in 2020 and increasing in 2021 the frequency and number of aircraft-per-incursion as well as naval exercises in and around Taiwanese waters.  China is testing reactions and reaction times … for a reason.  China also has been escalating its rhetoric, issuing stern warnings abroad and fanning nationalist flames at home regarding potential military action against Taiwan.  These are dangerous steps …, ones with great significance – China is talking the talk and risks being taken as a “paper tiger” unless it walks the walk.  The flame of Chinese public anger has been lit and the Communist Party understands that domestic unrest will follow without consequent action.  A survey by China’s Global Times reported that using military force to accomplish reunification is now supported by 70% of the Chinese public.  Xi’s patience is running thin … and public opinion is swelling for action.

Taiwan has rejected reunification, its resolve having hardened after China’s takeover of Hong Kong.  It therefore will not accept reunification without a fight …, a fight Taiwan cannot win …, perhaps likely even with active American support.  America, however, is not ready for such a war (as a recent Congressionally-requested report on U.S. naval preparedness indicates), not during its own internal civil war … and not against a fully-prepared and technologically-advanced China.  These are realities that Chairman Xi understands.  But the consequences for America very much are not realities understood by Americans.

America is war-weary.  Its three most recent Presidents – Obama, Trump and Biden – have made military withdrawal from the global stage an American priority.  America, they have shown, no longer will expend American lives to maintain democracy or stand by its allies …, in stark contrast to the policies of prior Presidents.  America permitted the use of chemical weapons in Syria when President Obama in 2014 drew a red line in the sand “in disappearing ink” (discussed by TLR here).  President Trump in 2017 abandoned America’s Kurdish allies without batting an eye while simultaneously pursuing isolationist, anti-alliance, and anti-Trans-Pacific Partnership policies (discussed by TLR here).  And Presidents Trump and Biden have withdrawn American troops from Afghanistan, ceding it (and America’s Afghani allies) to Islamist extremists in an admission of America’s defeat.  As The Economist has editorialized:  “To the extent that outsiders see [America’s withdrawal from Afghanistan] as a sign of American weakness, that weakness has been evident for a long time.”  Why should China believe that America’s approach to Taiwan would be any different?

America therefore needs to address the reality that China is militarily poised to absorb Taiwan …, and what the consequences would be.  China no doubt is waiting for a propitious moment opportunity to make a lightening strike that would negate any responsible American countermeasures.  It has witnessed America’s turmoil after the 2020 Presidential election (which it used as cover for its takeover of Hong Kong).  It has seen America’s former President taking actions to overturn that election, further shattering America’s cohesion.  Would President Biden risk going to war with China if doing so would mean defeat for his Party in the 2022 midterms?  China is watching … and waiting.

A significant part of TLR‘s mission is to explain the necessity for bridging the partisan divide … and to find ways of doing so.  Coming together to address the very real, imminent Chinese military threat to Taiwan – and to American hegemony and economic well-being – is a national survival imperative.  It requires bipartisanship …, and time is running out.