Posted at 11:13h in International Relations by William Natbony 0 Comments

Historians eagerly highlight the foreign policy strategy pursued by the overtly hawkish Reagan Administration, a strategy of “peace through strength.” As described previously in “Speak Softly and Carry a Big Stick,” Reagan adopted a set of muscular U.S. policies that both friends and foes respected. As a result of his deft execution of those policies, the world became convinced that he would back up his tough words with actions. That conviction led to the collapse of the Soviet empire and cemented the position of the U.S. as global hegemon … to its very significant benefit. When a Big Stick was called for, Reagan used it. Critics characterized Reagan’s actions as aggressive, imperialistic and warmongering …, which they were. American conservatives argued that, although Reagan’s policies indeed were aggressive and interventionalist, they were necessary to protect America’s security and its interests. And, in retrospect, they were right. Under the Reagan Doctrine, the U.S. increased its stockpile of weapons, provided substantial overt and covert aid to pro-American and anti-authoritarian governments and groups, offered financial and logistical support to allies and supporters, and took an ever-increasing hardline, activist position against socialist and communist governments America’s actual and potential enemies. Decades after the successful end of the Cold War, former Republican Presidential candidate John McCain extolled his own foreign policy as “a 21st Century policy interpretation of the Reagan Doctrine.” Dick Cheney, speaking for his fellow conservatives, agreed, saying “We are all Reaganites now.” Reagan left a legacy. His militaristic foreign policy was a bulwark of America’s security for the following two decades …, until the retreat into isolationism by the Obama and Trump Administrations.

The world’s perception of America’s commitment as an ally and global player on the world stage changed after President Obama’s failure to end Syria’s use of outlawed chemical weapons in 2012. Obama drew a red line in the Syrian sand and, after Bashar al-Assad crossed it, did nothing. America’s enemies understood the meaning. John McCain caustically noted that the red line was “apparently written in disappearing ink.” The failure to act marked the end of Obama’s foreign policy credibility and, indeed, marked the beginning of the end of American global leadership. Syria and its Russian ally thereafter exercised cart blanche (more than 1,500 Syrians were killed in chemical weapons attacks in 2012 alone). With the change in American Administrations from Democratic to conservative Republican, however, America’s enemies thought they had a tougher customer in President Trump, especially with Trump’s amplifications of Reagan tough talk. They were wrong.

Immediately after taking office, Trump tweeted that Obama had left him “with a war ready to start [with North Korea].” That was the pretext that Trump used to make denuclearization of North Korea his initial foreign policy priority, threatening Kin Jong Un with “fire and fury like the world has never seen.” Adding fuel to that threat, he derided the North Korean dictator as “Little Rocket Man.” Far from speaking softly, President Trump loudly proclaimed America’s strength …, but no action followed. There was no Big Stick. To the contrary, the White House subsequently announced that “President Trump likes Kim Jong Un.” And North Korea accordingly continued building nuclear weapons and, importantly, testing missile systems designed to deliver those weapons. America has had no response, no follow-up strategy.

The reality that America has retreated from global military intervention and political leadership was confirmed with President Trump’s decision not to retaliate against Iran’s “act of war” in shooting down an American surveillance drone in June 2019 …, which the President punctuated by publicly announcing that he had made the decision unilaterally against the advice of his Vice President, Secretary of State and National Security Adviser. The perception of an America unwilling to exercise its hegemony, plagued by partisanship and indecision, and wedded to withdrawing from the global scene led Iran, Russia, Turkey, China, North Korea, Venezuela and Syria to take increasingly more brazen actions with the confidence that the U.S. will not act … or react … which thus far has been borne out by the fact that America has not taken action and, in certain areas, has retreated. The inaction of President Obama in giving Syria a chemical weapons’ pass and President Trump in giving Iran and North Korea (and other nations) passes have marked a return to the pacifism and isolationism that defined American foreign policy prior to WWII – and it doesn’t require a history PhD to know where that led.

John Bolton until recently was President Trump’s National Security Adviser …, serving as the President’s vocal attack dog. North Korea accurately – and fearfully – labeled him a “warmonger.” Every President needs an adviser or, better yet, a set of advisers who espouse views that a President can point to and use to the country’s advantage … without necessarily following their advice. John Bolton was ideal in that role. He made it clear to America’s enemies that he – and therefore his President – was prepared to wage war to advance America’s interests. As the nation’s National Security Adviser, his job was to provide the President with cohesive strategies for furthering America’s security interests, and counsel him about specific actions to further those strategies. President Trump signed onto several of Bolton’s initiatives, apparently without also signing onto the necessity of action to assure favorable outcomes. For example, it was clear to Bolton, and others, that escalating tensions with Iran were likely to lead in only one direction; however, that is not a direction that the pacifist, isolationist President is prepared to take. It is of course true that the President, like all sensible Presidents, has to act as the hopefully prudent superior who determines which strategies to pursue and which not to. However, problems arise when a strategy decision is made, execution begins, and the plan thereafter is aborted. America’s enemies knew what to expect from Bolton, and they feared the consequences of his reactions. They had to be careful, very careful, since Trump had shown an readiness eagerness to follow Bolton’s advice. Trump had done so by repudiating Obama’s Iran treaty and ratcheting up sanctions, following a “plan” that could well lead to war. He also had done so with respect to Venezuela, pursuing a strategy that could lead to an American military commitment and regime change. And he had done so with North Korea, initially taking an approach that could have led to a nuclear conflagration. In firing Bolton, Trump said “No. Not really. Just kidding.” Trump has walked back on tough talk. There has been no “fire and fury.” Kim Jong Un is now a friend of America … nuclear weapons, missiles and all. There will be no retaliation against Iran for shooting down an American drone, for menacing shipping in the Gulf, for exporting terrorism against America, Saudi Arabia, and Israel, or for enriching uranium to proscribed quantities and levels of purity. The trigger for firing Bolton apparently was his vocal opposition to President Trump’s decision to unilaterally withdraw American troops from Afghanistan. In Turkey, “The American threats turned out to be basically empty words,” say supporters of Recep Tayyip Erdogan. The harsh reality is that there is no coherent American strategy. To date, it’s been all talk and no action.

And, aside from economic sanctions, that’s America’s current foreign policy.

“Axis of the Sanctioned” cautioned that in talking tough and carrying a little stick, America ran the risk of providing its enemies with the greatest of incentives to work together against America’s interests – after all, “the enemy of my enemy is my friend.” That has turned out to be true, and is becoming truer by the day. It should come as no surprise that trade between China and North Korea rose by 14.3% in the first of 2019, in violation of American sanctions, that increase coming shortly after America ratcheted up its trade war with China. In addition, China has been openly breaching America’s economic sanctions against Iran by continuing to buy Iranian oil and investing $10 billion to build Iranian infrastructure. It also has agreed to invest a further $280 billion in Iran’s oil and gas industry and will use the Chinese Yuan along with African currencies to finance that investment, sidestepping America’s Dollar payments system and sanctions regime …, and furthering its goal to one day challenge the Dollar as the global reserve currency (see “A Weaker US Dollar?”). Some commentators are predicting that it is only a matter of time before China bails out Iran. After all, China has identified Iran as a key country in its Belt and Road Initiative as the connector between Asia and Europe (see “Red Storm Rising”). China’s goal is to restructure global trading rules and investment practices into one dominated by China. America’s passive-aggressive, inconsistent Middle East policies are furthering that goal by allowing China to project soft power and establish the foundations for hegemony in Eurasia.

America’s enemies are not only working together economically. America’s actions have motivated them to work together militarily as well. Iran recently agreed to stage a naval drill with Russia and China in international waters. “The joint drill will be held in the north of the Indian Ocean and the Sea of Oman,” Iranian news agency Tasnim said. The joint exercise will be the first by Iran, China and Russia in the Indian Ocean. The announcement came less than a day after the U.S. said it would send a “moderate” number of American troops to the region together with additional missile defense capabilities to Saudi Arabia. America’s half measures are being forcefully met by unified opposition by an Axis of the Sanctioned. China and Russia have begun holding joint, long-range military patrols “in order to deepen and develop Russian-Chinese relations as part of the comprehensive partnership [between Moscow and Beijing], further increasing the level of interaction between the armed forces of the two countries, improving their ability to conduct joint actions, and strengthening global strategic stability.” In 2018, Russia and China conducted one of the largest war games since the fall of the Soviet Union and both have been active supporters of Venezuela, Cuba, Turkey and other “enemies of America.” This year, Russia will be carrying out a series of large-scale military exercises with China, India and Pakistan involving 128,000 military personnel, over 20,000 weapons, 600 aircraft and 15 ships. 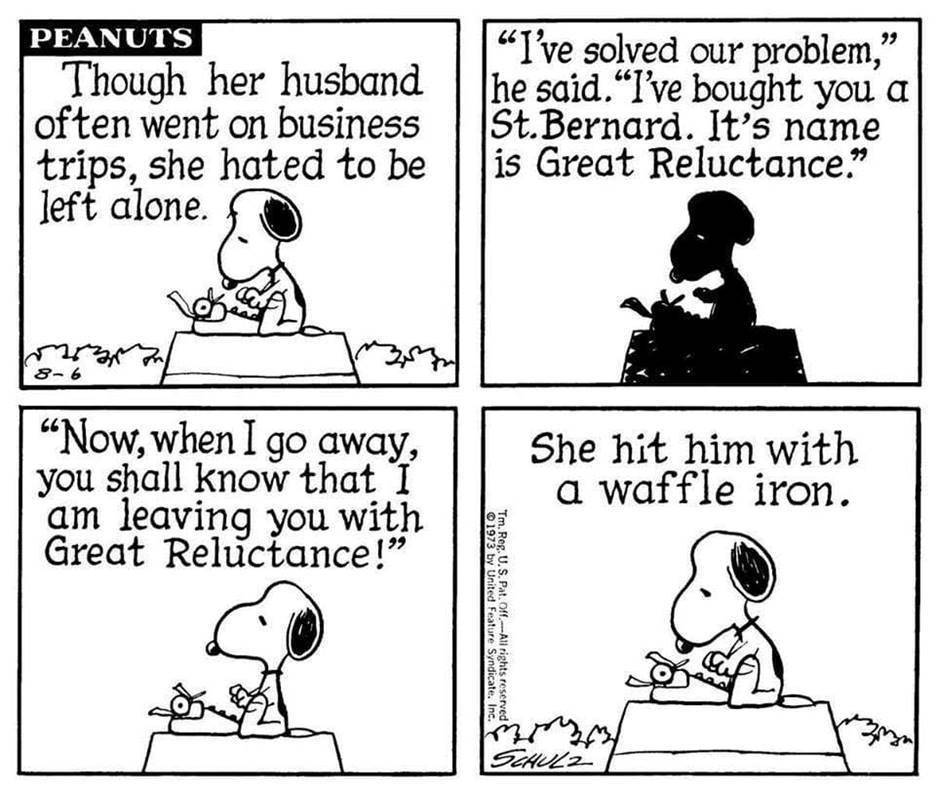 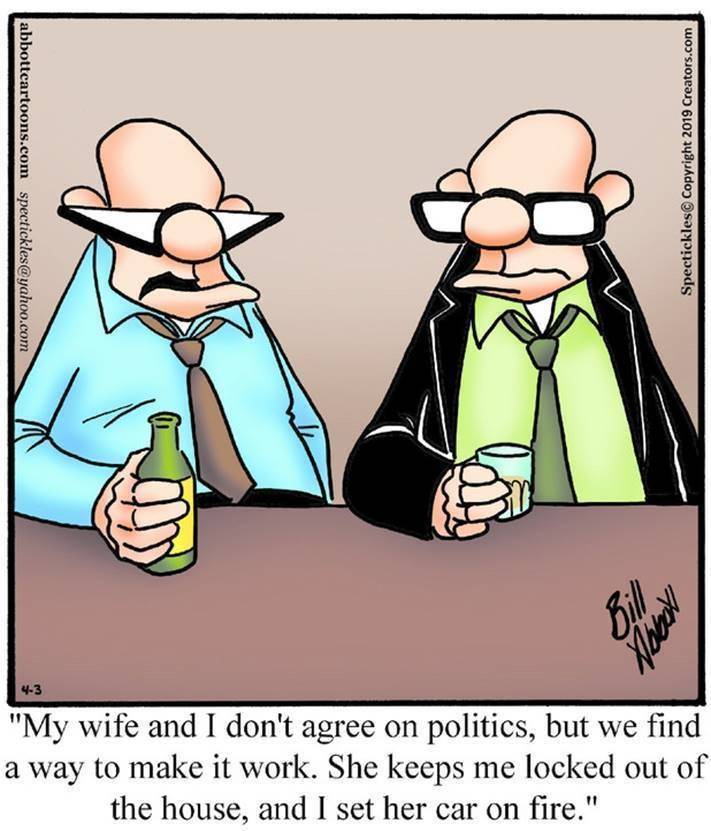