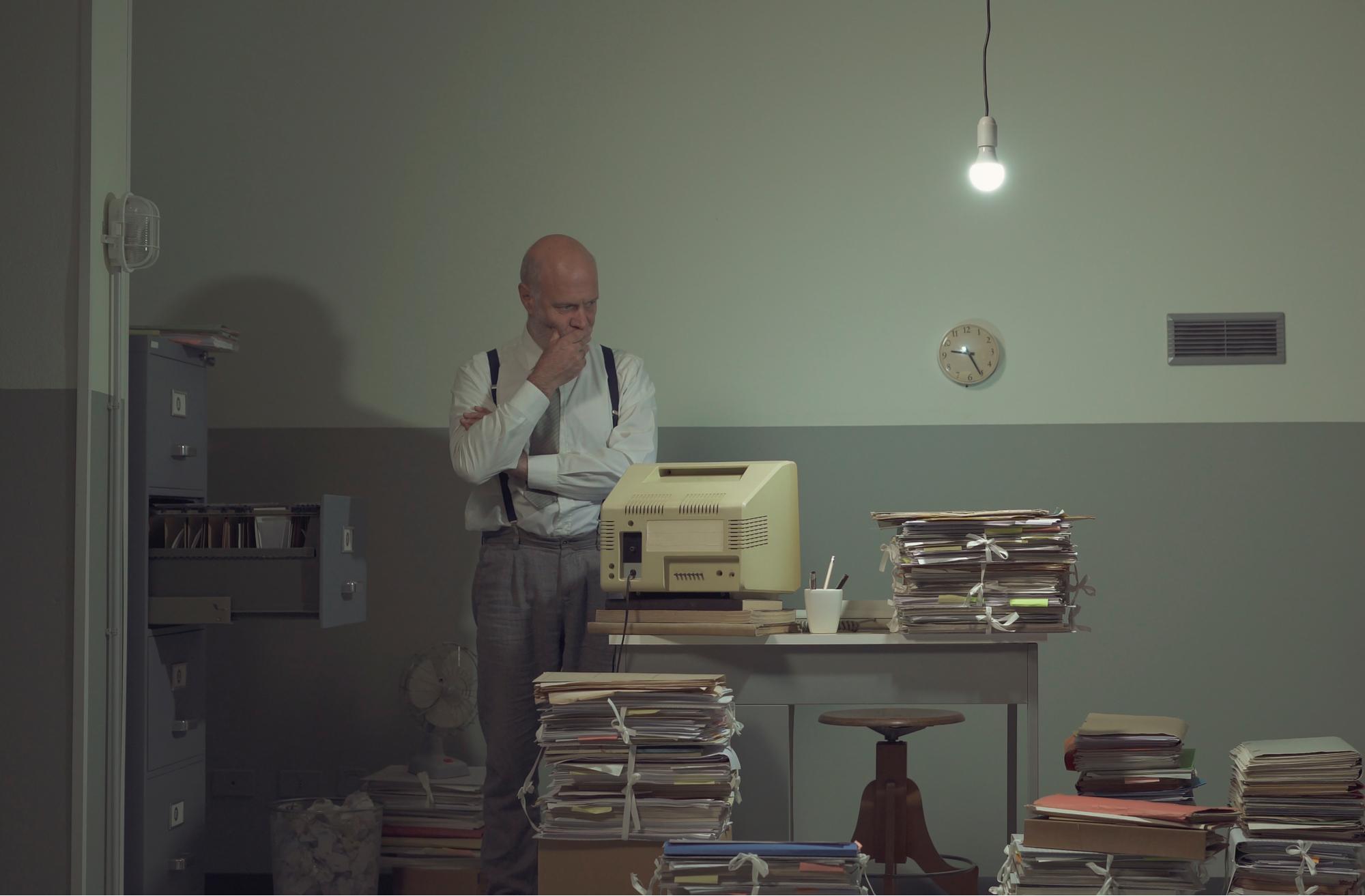 11 Jun Interview with a Bureaucrat

“Bureaucratic governments can’t subsist by feeding on the vital essence of the public.” – The Lonely Realist

Have you watched The Big Conn on Apple TV? It’s a four-part docuseries about an Eastern Kentucky Appalachian lawyer, Eric C. Conn, who between 2004 and 2016 bilked America’s Social Security Administration (SSA) out of an estimated $500 million. Conn was the most celebrated attorney in Eastern Kentucky because of his unique ability to quickly obtain disability approvals for clients. The reason for his amazing success was that he had a judge in his pocket and several obedient doctors on his payroll, each of whom quickly signed-off on the disability applications prepared by Conn’s office. In addition, despite whistleblower complaints documenting Conn’s and his co-conspirators’ fraud, government officials responsible for oversight neglected failed to take action. They similarly ignored Conn’s conspicuous consumption that included constant international travel, numerous marriages and divorces (there were at least 16!), a magnificent house, luxury cars and the world’s second-largest statue of a seated Abraham Lincoln placed in his office parking lot, all of which flowed from his ”simple” legal practice of processing disability applications. It was only after strenuous efforts by whistleblowers and the national media, which led to Senate hearings, that government prosecutors looked into Eric C. Conn’s activities, and even then their investigation into his ongoing fraud mill took years. When the government finally took action, instead of indicting Conn, it first canceled or suspended the Social Security benefits of 1,800 of Conn’s clients based on the templated medical forms filed on their behalf. It’s doubtful that many of Conn’s clients, if any, were aware that the forms his office had prepared for them were fraudulent. Their mistake had been to hire Conn. He was, after all, the self-proclaimed “ONLY Social Security Specialist in Kentucky.” They accordingly were as much victims of Conn’s fraud as was the SSA. The SSA nevertheless first canceled or suspended their benefits while allowing Conn’s operations to continue. It took another year for Conn himself to be indicted.

Conn’s law practice was located in Floyd County, Kentucky, where 30.4% of the population lived below the poverty line and 23.8% of those under age 65 had a disability. It goes without saying that those who are disabled depend on their SSA payments for survival, using the monies they receive to buy food, pay rent, and cover their medical expenses. That flow of disability payments also benefits the local economy as monies flow through to businesses and increase local tax revenues …, which benefits local politicians. The SSA monies that flowed to the 1,800 Conn clients whose payments were suspended disappeared the moment the SSA demanded that their prior benefits be repaid. The fact that this resulted in a miscarriage of justice was unfortunate tragic since the government was simply following its own rules. Although Conn was responsible for the fraud, the SSA was responsible for making the decision to tip Conn’s former clients and local businesses into deeper poverty and despair. The government’s handling of the Conn con not surprisingly undercut faith by those in Floyd County in America’s government. Despite repeated, well-documented warnings about Conn and his cohorts, SSA and local government officials had turned a blind eye to his criminality …, but they’d jumped all over the disabled Americans who were Conn’s victims. Those government officials kept their jobs while the whistleblowers who’d sounded the alarm were drummed out of government service. It’s not difficult to understand why many in Eastern Kentucky came to believe that the primary fault for the damage done to people’s lives lay with the government. It therefore is not surprising that Americans’ faith in government is hovering near all-time lows.

To explore reasons for this trend, TLR recently interviewed “Jane Doe,” a hypothetical senior government employee, a doppelganger for a typical public servant, serving for several decades under both Democratic and Republican Party administrations.

Realist:                Good evening Ms. Doe. Before we discuss the Eric C. Conn matter, TLR‘s readers would first like to understand why you decided to enter public service.

Jane Doe:            There was a simple reason, Mr. Realist. I wanted to help people, to find ways that I could contribute to the betterment of Americans. I believed that I could learn from the perspectives and experience of those who had been working in government and that my efforts would make a difference. While in college, I had read Perry and Wise’s studies about Public Service Motivation (PSM) and that was what led me to seek opportunities to work for the government.

Jane Doe:            I was an idealist, Mr. Realist, as were most of my colleagues. Our experience in government converted us into cynics and pragmatists. Improving government is a big job and a thankless task, and very little can be accomplished by a single employee, especially given the size and complexity of today’s government. I’ve been a government employee for almost 40 years and government has changed greatly over that period. Those of us who began in the ’80s believed that we could make things better. Things haven’t worked out that way. Instead of the outstanding administrators I was hoping to work with, I found that too many senior staff have political agendas. Others simply stay in their positions because it’s comfortable to do so. The good ones often leave government to work in private industry. They cease to be constrained by the counterproductive actions of Congress, which have made working for the government more difficult and less satisfying. Congress has been intent on continually changing and adding to laws, which naturally has created confusion and inconsistency as well as complexity. More laws and more complicated laws require more government workers to interpret and enforce them, but instead of increasing budgets to do so, Congress has been shrinking budgets, which – with all due respect to our elected officials – is the worst way to run a government. It leads – and has led – to bureaucratic overload and disrespect for the government and its laws …, which was what happened with Eric C. Conn. A further consequence is that the proliferation of laws coupled with inadequate budget allocations has demotivated government employees. For many of my colleagues, longevity has become the goal. Experience and expertise have been devalued.

Realist:                Is it that your colleagues now lack motivation to effect positive change or are they truly not doing their jobs?

Jane Doe:            Oh, they are doing their jobs, but they lack the commitment to PSM that makes public service effective. They’ve ceased to believe that they can make a difference.

Jane Doe:            I don’t think so, Mr. Realist. I believe it is because they’ve reached the conclusion that they can’t effect necessary change and that their efforts are not merely unappreciated, they’re scorned … both by Congress and by the American public. But it is true that government compensation today is well below that in private industry, which has made it impossible for us to keep the best and brightest.

Realist:                Let’s talk about your colleagues who have become disillusioned with public service. Have they left for the private sector?

Jane Doe:            That’s not so easy, Mr. Realist. The commitment of time and effort required in the private sector is substantial and many are happy with a less-demanding lifestyle. Also, once someone leaves government service, it’s difficult to return. With decimated budgets, government hiring freezes have become a norm. Finally, what private employers often seek when hiring a government employee is an ability to leverage and monetize connections, which is not the type of motivation citizens want to hear about from their former government employees. What it does is further encourage turnover at senior levels and embed mid-level and junior employees in their positions.

Realist:                But what about the compensation differential between government and private industry? Isn’t that a motivator for job change?

Jane Doe:            Not really. Opportunities in private industry are quite limited. Employers generally are seeking those with 2-4 years of government training and who, in their interactions with the private sector, have evidenced just the right mix of skills. They also cherry-pick those with the most effective government connections. The others have few opportunities to leave government service.

Realist:                What you describe are real problems, Ms. Doe. How can America re-motivate government employees and attract the most talented public servants to government service?

Jane Doe (laughing):            That will be a long process, Mr. Realist. We’re well past the tipping point. Cases like that of Eric C. Conn and the spectacle of constant bickering between Democrats and Republicans have undercut public confidence. Too many Americans have come to believe that our government is being run by swamp-dwellers. There are many of us – so many – trying to make government work better – as the SSA whistleblowers highlighted –, but we find that our hands are tied. It’s Congress’s fault. Congress created the problems that have led us to confusion, misunderstanding, and inadequate enforcement. It’s Congress’s job – the job of each elected official – to fix the problems, but Congress has shown itself incapable of doing so. It’s become dysfunctional. [ED NOTE: This is seen in part by Congress’s ceding of law-making authority to Federal agencies/the courts (discussed here) and its deference to the exercise of excessive power by the President (discussed here).] The primary concern of members of Congress is to get reelected. To do so, they toe their Party’s line. Their approach to legislating is to band-aide over the problems brought to their attention by social media, adding to rather than reconciling America’s massive body of laws. That’s no way to run a country …, and the evidence of its failure is everywhere. Success requires Congress to focus on making America and America’s government work better. It is Congress that is responsible for deciding which laws are good and which need reworking. Congress needs to weed out the ineffective ones and focus on functionality. With members of Congress constantly re-running for public office and soliciting campaign contributions to do so, term limits therefore would be quite the right starting point. 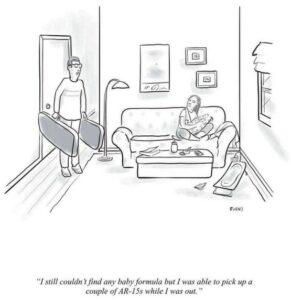