You have to hand it to Hungary’s Viktor Orban. Although he didn’t write The Autocrats’ Playbook, he has most certainly – and successfully – followed it.

And soon we all will likely may be handing it to Poland’s Jaroslaw Kaczynski, Mexico’s Andres Manuel Lopez Obrador, Brazil’s Jair Bolsinaro, The Philippine’s Rodrigo Duterte, and India’s Narendra Modi.

If you detect a trend away from democracy and towards autocracy … and if you see the trend as reminiscent of the 1930s …, you’d be correct.

A parliamentary coalition first elected him Hungary’s Prime Minister in 1998, but corruption, attempted media manipulation and poor performance ousted him from office in 2002. He learned. During his exile from government, he cemented a hard core of elite, right-wing supporters that enabled him to lead his political party to its first and only popular vote majority in 2010. Without a popular majority thereafter, Orban nevertheless was able to use The Autocrats’ Playbook to consolidate and increase his power. He has served as Prime Minister ever since … and now will do so for as long as he wishes: On March 30th, Hungary’s Parliament, of which his party, even with a minority of popular support, has a majority, voted to cancel elections, suspend itself, and give Orban unlimited power to rule by decree … forever. Although it based its actions on the Covid-19 Crisis, the Hungarian Parliament’s actions were the inevitable outcome of the steps Orban had taken to capture government. In doing so, he followed a well-established Playbook, one successfully employed in the early 20th Century by fascist, nationalist, and autocratic leaders … and one an increasing number of democratically-elected chief executives also are following.

The methodology used by incipient autocrats for undermining constitutional democracies is to chip away at well-protected controls, safeguards, and limitations. Once those are breached, the path to absolute power is a direct one.

The Autocrats’ Playbook utilizes a push-pull approach, a potent combination of positive and negative public messages. The positive ones invoke national identity and economic security – the goal of the autocrat is always and everywhere to make the country and its oppressed people stronger and wealthier [… and, often, “purer” as well – Hitler appealed to Aryanism; Putin appeals to Russianism; Orban to Christianity; Modi to Hinduism; etc.]. The negative messages include scapegoating and stigmatizing “others,” whether they be the communists, Jews, or those who simply are labeled as “enemies of the State.” In Viktor Orban’s Hungary, the “others” include immigrants, critical media, liberal judges …, and George Soros. In other countries it’s the terrorists, Muslims, blacks, religious “cults,” non-Japanese, non-Chinese, non-Anglo-Saxon, etc. Every autocrat must have his scapegoat undesirables enemies list. It is those “enemies” who, the autocrat claims, bear responsibility for his country’s ills. It is those “enemies” who ceaselessly attempt to prevent the autocrat from achieving the nation’s goals … and each of its citizen’s aspirations. And it is those enemies who must be excluded from the country and held responsible for what is wrong.

Orban first began the process of consolidating executive power during his first term, when he radically reorganized government ministries, placed his appointees in sensitive positions, and eliminated economically-sensitive oversight boards. He replaced thousands of civil servants with his followers. He also was able to place certain limitations on Parliament’s ability to oversee his actions.

The second step in the Playbook is to capture the media, repress dissent and use a combination of media manipulation and well-placed, elite supporters to defang those branches of government intended to oversee and limit an autocrat’s executive power. After being elected for a second time in 2010, Orban did so by amending the Constitution and then manipulating the electoral process to permit his party to gain control of Parliament. Over the ensuing years, he captured the judicial branch of government by packing the courts with supporters. Blaming external forces for Hungary’s problems, Orban demonized immigrants – “[E]very single migrant poses a public security and terror risk…. [Im]mgration is not a solution but a problem … a poison we don’t need….” – and attacked not-for-profit organizations that supported Hungarian democratic institutions, singling out George Soros – according to the Israeli ambassador, Orban’s billboard attacks evoked “memories of the Nazi posters during the Second World War” (a statement subsequently repudiated by fellow-autocrat Netanyahu). Hungarian nationalism became a recurring theme, as nationalism had been for 20th Century autocrats Hitler, Mussolini, Franco and Stalin …, as well as for 21st Century ones.

The third step in The Autocrats’ Playbook is to distort information. If the populace cannot distinguish facts from lies propaganda, then news reality becomes flexible and manipulatable. Holding a country’s highest office affords a would-be autocrat unlimited access to mass and social media, giving his voice the greatest weight and the widest circulation. George Orwell accurately described the process.

The continued aggregation of power enables the autocrat to engage in covert election manipulation allowing him to remain in office despite having the support of a minority of the voting public. Blatant vote-rigging and vote-buying that were common 20th Century tools are no longer popular. There are too many controls, too much data, for those techniques to be either necessary or successful. Hampering media access, gerrymandering, changing election and voter eligibility rules, encouraging foreign intercession, and placing allies on electoral boards serve just as well … or even better.

As the final step, constitutionally-elected autocrats often play the emergency card, as Orban has just done. No such card was necessary for Putin or Xi, each of whom took office in undemocratic societies.

TLR dealt with a similar abuse of The Autocrats’ Playbook in “Let’s Talk Turkey,” its April 1, 2019 commentary describing the steps taken by Recep Tayyip Erdogan to cement his autocratic power. Turkey is quite different from Hungary. It had no multi-decade history of communist rule. Turkey, instead, was an Islamic republic with a multi-decade secular democracy. With the election of Recep Tayyip Erdogan as Prime Minister in 2003, that has changed. Turkey’s last seventeen years provide would-be dictators with a manual on how to turn a progressive country into a corrupt, absolutist state. Like other autocrats, Erdogan consolidated his power by relying on nationalist (as well as Islamist) rhetoric to target and purge opponents, first government employees, then academics, members of the media, and finally the military. In the process of eliminating those within government who were not certified supporters, deriding possible rivals, and muzzling free speech, Erdogan installed members of his family and cronies in positions of power and authority. He focused on potential dissidents, labeling them “terrorists.” He burnished his strongman image by waging war on Kurdish militants, members of the Gulen Movement who had been criticizing his tactics, and anyone who questioned his leadership. His successes in doing so enabled him to mobilize his core constituency to amend the constitution and shift the form of government from a parliamentary democracy to one where power is concentrated in the executive. He is now that powerful executive.

Erdogan’s use of The Autocrats’ Playbook has been a success, as has Orban’s … and Putin’s, Xi’s, MBS’s and Netanyahu’s. Each has applied a similar formula to consolidate power. Each is a member of an Autocrats’ Club that any number of democratically-elected chief executives aspire to. The fact that a country has, or had, a strong secular democracy with robust democratic institutions, a robust legislative branch, an independent judiciary, and an independent military does not mean that it is immune to autocracy. It can happen anywhere (one of TLR’s favorite reads from his teenage years was Sinclair Lewis’s It Can’t Happen Here). Democratic institutions can whither over time in the face of a media-savvy politician who advocates populist nationalism and has studied The Autocrats’ Playbook. Scapegoating, targeting an “enemies list,” and undermining legislative, judicial and media watchdogs are all symptoms of power-hunger that can result in a slippery slide into absolutism. What once might have been considered merely eccentric unconventional policy-making isn’t necessarily benign. The pursuit of power corrupts, and that corruption has been inundating seeping into a good many democratic countries and their institutions. The patient eroding of constitutionally-created institutions and individuals has a goal, a goal well-laid-out in The Autocrats’ Playbook. Many countries are succumbing. Covid-19 is just the type of “emergency card” that many have been waiting for … and will play. 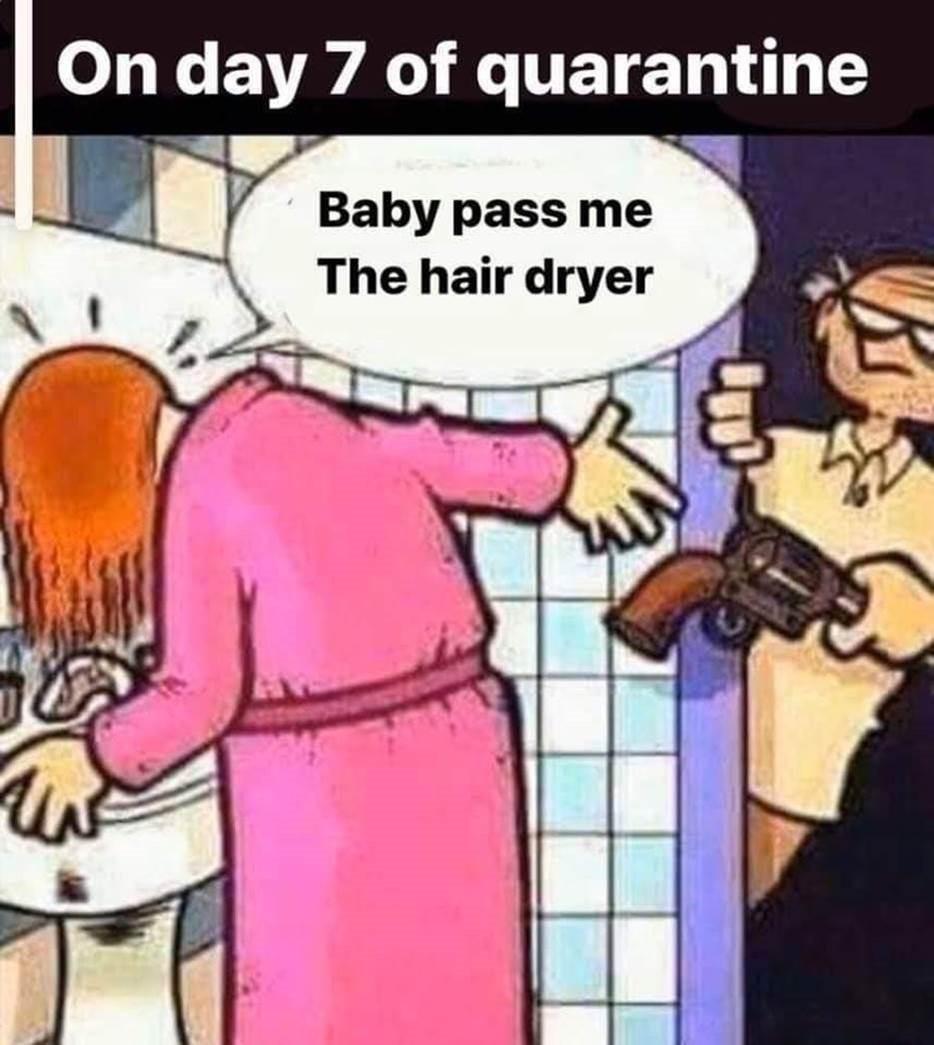