The best way for America’s government to address illegality and provide an effective defense against predatory practices is by enacting laws that provide for Americans’ protection.  Protecting its citizens is a cornerstone of American democracy, which is why America has so many consumer protection, investor protection, disaster protection, financial protection, health protection and protection-against-violence laws.  It’s why Congress has enacted more than 30,000 laws since America’s founding in 1789.

And, yet, there’s a limit to the quantity of protection that a government ought to provide.  There’s danger in every pursuit and no government can eliminate all risks.  Taking on such a role would be undemocratic and anti-capitalist … as well as impractical.  Unfortunately, that hasn’t prevented the re-election-seeking gaggle of elected officials from enacting whatever protections might buy votes.  A pertinent question, therefore, is “At what level does government law-making become destructive?”

A personal anecdote helps to frame the question.

There was a stop sign not far from my home and, one night, a young intoxicated driver ran the sign and caused a fatal accident.  Alarmed, a group of local homeowners joined together to lobby for a traffic light to replace the stop sign believing that the more modern, more expensive traffic signal would be safer than the stop sign [ED NOTE:  there are no data showing that drunken drivers are less likely to run red lights than stop signs] and, because the will of the most energized people was to install a traffic signal, local officials acquiesced.  Was that money well-spent, recognizing that (despite elected officials’ apparent view to the contrary) Modern Monetary Theory money doesn’t grow on trees (MMT was previously discussed in “Will Modern Monetary Theory Work” here and “They’re All Keynesians Now” here, as well as in “America’s Perpetual Motion Machine” here)?  Was this a brilliant example of local government providing appropriate protection?  Or were government officials avoiding their obligations by caving to special interest pressure?  “More” doesn’t always mean “better” – there needs to be a weighing of benefits and burdens.

As a response to 9/11, Congress enacted the USA Patriot Act (“Strengthening America by Providing Appropriate Tools Required to Intercept and Obstruct Terrorism”), a mammoth piece of legislation (its 342 pages of text were unread by most – probably all – of those who voted for it, nevertheless passing in the Senate by a 98-1 vote) that greatly expanded intrusive government power, particularly government’s ability to surveil.  While the Patriot Act undoubtedly enhanced the government’s ability to ferret out terrorists and terrorism, it also provided government agents and agencies with the power to infringe on individual liberties (with some arguing that the powers granted were unConstitutional), placed heavy regulatory burdens on financial institutions, and added substantial costs to American business operations.  Neither at the time of enactment nor since has there been an effort to balance the anti-terrorism benefits against human rights and economic burdens to determine what is necessary and helpful and what has proven to be counterproductive …, because once a law is placed on the books, it has an embedded constituency, one that elected officials defy at their career peril.  The only amendments to such laws are for the purpose of closing perceived “loopholes” – that is, to expand the existing law rather than to better target its application.

Bernie Madoff executed a Ponzi scheme that duped people to the tune of over $60 billion.  The initial reaction was that his misdeeds must have been facilitated by securities law “loopholes” – that is, that his successful fraud was caused by inadequate law-making rather than by poor law-enforcement or investor complicity (previously discussed by TLR here), confirming the pre- misconception that more laws necessarily make for a better society.  There accordingly were calls for Congress to “do something.” The reality was quite different.  America’s securities laws were – and remain – tremendously comprehensive (and, to many (including TLR), excessively so).  What was lacking was enforcement.  Budget cuts had hollowed out the Securities and Exchange Commission.  Ponzi schemes are palpably illegal and yet Madoff had been allowed to play at Ponzi for two decades in part because SEC enforcement had been gutted by Congress.  So what actions have been taken since 2009 to remedy this enforcement problem?  Instead of addressing enforcement, Congress has further handicapped it by continuing its regulatory budget-cutting.  Spending taxpayer money to employ more and better government workers is unpopular.  Doing so effectively also means paying salaries that compete with the private sector, something that doesn’t endear elected officials to their supporters.  Far better for elected officials to decry Madoff’s actions as resulting from Wall Street excess without actively confronting Wall Street excess … and by facilitating unnecessary law-making as a platform for electioneering.

Internal Revenue Service Commissioner Chuck Rettig in April told a Senate panel that tax fraud cheating is estimated to cost the Federal government ~$1 TRILLION every year.  He added that America doesn’t need more tax laws to help with collection.  What it needs is more collectors to improve enforcement.  The number of IRS revenue agents is down by 43% since 2010 due to budget cuts – including 17,000 enforcement-related employees.  The IRS has been underfunded by Congress for over two decades and tax cheating has grown as a result.  Since there are no votes to be garnered by increasing the IRS hiring budget, there is no constituency for increasing income tax enforcement and tax collection.

These are not isolated examples.  The same proliferation of law-talking and law-making-without-enforcement can be found post-Enron and post-the bursting of the subprime mortgage bubble in 2009.  Congress is all in favor of more laws that create more electoral excitement and more regulatory burdens.  It is unconcerned with making existing laws simpler, more efficient, more effective, and better enforced.

Which brings us to July 2021 and “the problem with Big Tech,” described by politicians as requiring increased government regulation control of the technology industry – a further attempt at emulating China Statism (a subject previously discussed by TLR here).  Politicians’ pleas motivated the Federal Trade Commission in December 2020 to sue Facebook in an effort to require it to divest Instagram and WhatsApp, arguing that their acquisition in 2012 and 2014 had given Facebook “monopoly power” over personal social networking services.  Unfortunately for the government’s case, America’s antitrust laws define “monopoly power” as “pricing power,” and the facts alleged by the FTC failed to support that conclusion.  The Federal Judge in June accordingly dismissed the case.  Facebook, said the Court, has no “monopoly pricing power” over social network services and therefore is not in violation of America’s antitrust laws.  Interestingly, the FTC had had its opportunity to prevent Facebook’s acquisitions of Instagram and WhatsApp in 2012 and 2014 and had instead approved both.  [ED NOTE:  the FTC’s change-of-antitrust-heart was motivated by political considerations and not by any newfound appreciation of antitrust law.  The mistake, obvious to many even a decade ago, was in allowing market-leaders like Facebook to scoop up potential competitors.  Existing laws are more than capable of addressing this problem.]

The most surprising part of the Facebook decision is the reaction it created …, that if Facebook hasn’t violated the law, Congress needs to change the law!  University of Pennsylvania law professor Herbert Hovenkamp noted that the court’s decision “sends a signal that the antitrust laws are not good enough.”  University of Colorado Law School professor Blake Reid echoed that view:  “It’s not hard to look at the [Facebook case] and come away with the sense that antitrust law, as it stands, is not capable of handling the problems posed by dominant technology companies.”  What problems are those exactly?  What is it that Facebook does that requires Federal control over its actions?  The FTC’s failure to state a case shows that Facebook is not inflicting economic damage on America.  Instead, the rationale appears to be that even if tech companies like Facebook lack “monopoly pricing power,” they have the ability to unduly influence people.  It is that influencing ability that makes them evil monopolists that the government must control (in clear conflict with Constitutional free speech rights addressed by TLR here).  Some have labeled this as “hipster antitrust.”  A more accurate label would be “influencer antitrust,” the consequence being that any business with the ability to influence America’s electorate could be labeled as “evil” and subjected to government control.  If it sounds Orwellian …, that’s because it is.

TLR is very much in favor of “going after companies engaging in anticompetitive conduct” … as long as their conduct indeed is “anticompetitive” …, meaning that it causes economic damage to Americans.  Since his early days as a Law School Professor teaching antitrust law, TLR has believed that he understood the definition of “anticompetitive” …, but perhaps not.  In any event, if this is the direction that Congress will be taking, TLR would recommend that Congress adopt a law-making policy modeled on President Trump’s Executive Order 13771, which required the repeal of two regulations for every new regulation.  Although Executive Order 13771 was not successful – it did not create regulatory improvement or efficiency –, if properly applied by Congress, it would create law-making improvement and efficiency.  America’s antitrust experience over the past 100+ years should provide lawmakers with the ability to fashion simpler, well-targeted antitrust legislation that adequately – and not excessively – protects Americans, avoids Statism, and is straightforwardly enforceable. 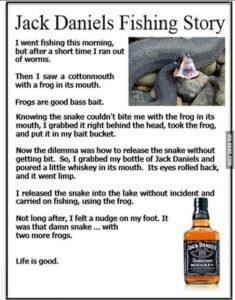