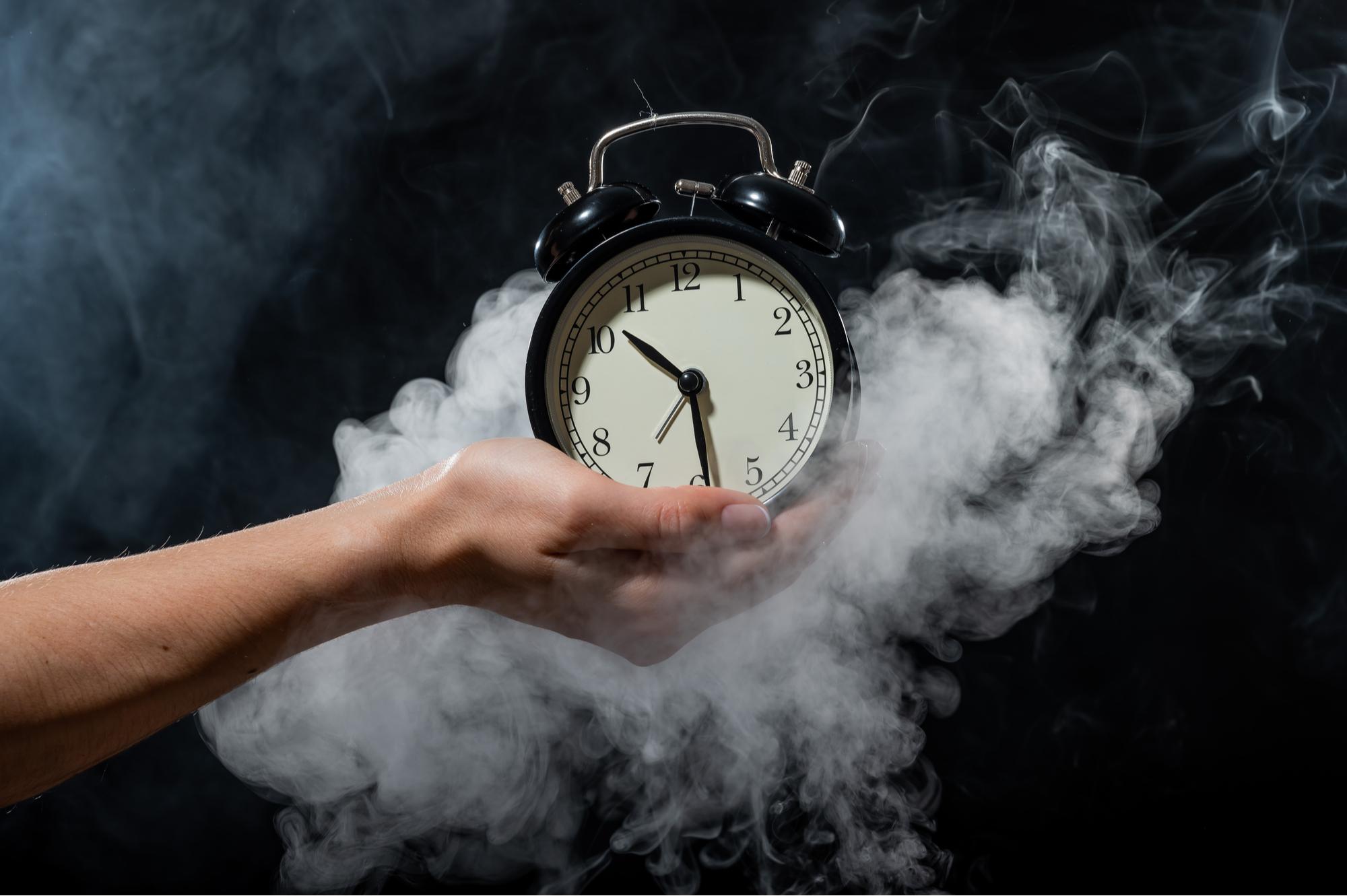 “Americans are looking forward to a post-COVID ‘return to normalcy.’ If by normalcy, people expect the world to rewind to a fondly-remembered prior era, they’ve missed the turn-of-history’s-page. The past is prologue.” – The Lonely Realist

If you’re a Baby Boomer, your memories often turn to the Golden ’90s when Pax Americana spread peace, freedom and democracy around the world, opportunities seemed endless, irrational exuberance propelled stock markets ever higher, and the price of gas was less than $1.20/gallon. If you’re a Millennial, you remember that during the 2000-aughts prices for houses and stocks knew no limits, American opportunity and prosperity were boundless, American military might inflicted retribution on international wrongdoers, globalization was a positive word, and innovative technologies from Facebook, Google, Apple and others promised an ever-brighter future. If you’re a member of Gen Z, you recall that the late 2000-teens was an era of plenty with rising incomes and bull markets in almost everything. There were no health crises, #MeToo and like-minded movements led to successful prosecutions, mask-wearing was practiced only in hospitals and on Halloween, food, automobile and labor were readily available, and there were opportunities for limitless in-person socialization.

Those eras are over. There will be no return to those “good old days.”

Prior to COVID, Americans were moving from rural to urban areas, “conurbanizing” – increasing population concentrations by extending urban areas. Though the three largest megalopolises are now losing population, more than one-third of Americans still live in Boston/NY/Philly/DC, Seattle/SF/LA/SD, and Chicago/Milwaukee/Detroit/Buffalo/Cincinnati/Cleveland. Each of these Big Blue Megalopolises (first described by TLR here) served as a magnet for people and businesses by reason of the core industries that generated an ever-increasing share of American wealth and opportunity. Today, they each host leading educational institutions, multinational corporations and law, advisory and accounting firms. Each also has been a global destination for culture, entertainment and tourism, as well as an important financial center and a leading medical incubator. And each has been a hub for shipping and transportation via plane, train, drone, helicopter and automobile. These benefits outweighed the residential density, commuting challenges, costs-of-living and centralized office burdens of conurban life. Maintaining the necessary transit facilities, roads, infrastructure, police and fire services has been an expensive proposition for conurban-accommodating States, the costs of which were passed onto their residents. The tolerance-level of residents for urban burdens has changed as living conditions deteriorated during the pandemic. One consequence is that immigrants and wealth-seekers no longer are flocking to the Big Blue Megalopolises. Some residents are leaving, no longer willing to pay for degraded infrastructure and hollowed-out services. Populations in the Big Blue Megalopolises therefore are shrinking. Businesses and workers with the flexibility to do so are spreading their wealth and skills to other parts of America, in part by demanding conurban-levels of education, entertainment, and medical, legal, accounting and advisory services in areas convenient to their new residences. Although a recent trend, it is accelerating. Two fast-growing and less densely-populated megalopolises that have seen the benefits are Houston/Austin/SanAntonio/Dallas-FortWorth and Miami/FtLauderdale/PalmBeach. The pandemic has made them magnets for the same workers and industries that most-recently propelled the success of their larger Big Blue cousins. The flatlining of population growth in America means that the high and rising labor costs in Blue State Megalopolises will make alternatives ever-more attractive.

COVID has highlighted the downsides of population density, the most glaring being the risk of disease contagion. Mass transit systems and transportation hubs that depend on heavy traffic for financial viability now have fewer users. It will take years for global travel to return to pre-pandemic levels, and work-from-home means that mass transit may never return to sustainable levels. Without Federal subsidies, the Big Blue Megalopolises therefore will find it difficult to maintain and update their infrastructure …, and to pay government employees competitive salaries.

Also for pandemic reasons, live entertainment no longer will have the same draw. Pre-pandemic, Broadway and its progeny flourished because audiences were packed into theaters … and even then performances only sold-out because of tourism …, and selling out was a financial necessity if productions were to cover costs. With continuing concern about contagion and reinfection and the plethora of high-quality, high-resolution online, on demand and subscription entertainment available at home, it would be surprising if the live entertainment industry were able to continue at pre-COVID levels. There will be contraction …, further reducing the attraction of conurban living.

The pandemic has revealed that financial, legal, accounting and advisory services are ubiquitous – Covid has taught that they can be provided from virtually anywhere and that they do not require concentration of personnel in large urban offices. Office towers built for full-time workers therefore are not seeing, and will not see, the same level of demand. Urban office building owners therefore will face economic challenges and urban office districts will not have a need for the same level of support services and workers or the same number of eateries as were necessary pre-COVID. With part-time work-from-home now an acceptable option and a necessary recruitment inducement in white-collar industries, this is a permanent change.

Manufacturing businesses are seeing similar profound changes, though those changes temporarily are being driven by supply chain problems and the Omicron surge. It is not the pandemic itself that will re-order industries. COVID has exposed a need for localized sourcing to avoid reliance on international suppliers and supply chains, a rejection of the globalization boom that broke down walls between countries. Deglobalization will rebuild those walls, and at significant cost. Make no mistake: it was globalization’s deflationary impact that drove global growth for the last two decades. Deglobalization will have the opposite effect. It will fuel inflation, increasing production costs, consumer prices and demand for blue-collar workers. It also will undermine international relationships and exacerbate food insecurity and safety in parts of the world that currently rely on exports. The rising cost of energy will multiply these effects. Surplus oil and gas production during the pandemic created operating losses that led producers to reduce exploration and development. The consequence is that there is less oil and gas available to pump. Any increase in demand – for example, as a result of expanding economic activity brought about by the end of the pandemic or an international crisis – will lead to a supply-demand imbalance and, consequently, higher prices. Those prices will be driven even higher by precipitous government and private efforts to rely on green energy alternatives (as has been the consequence in Germany). These inflationary forces, although transient, are likely to be significant.

Deglobalization also will create heightened trade frictions and international tensions. The multi-decade downtrend in global military conflict is likely to reverse. Recent actions by members of the Axis of the Sanctioned provide cause for concern.

Civilization has made enormous progress over the past 200 years. Human life has gone from being short and riddled with conflict and disease to being long, peaceful and healthy. Human progress, however, is cyclical. Progress since the early 1800s has been lumpy, suffering spurts and reversals. During the first half of the 20th Century, progress was derailed by two World Wars and a pandemic. The second half evidenced peace and prosperity that was unparalleled in human history, enabled by America’s dominance and the spread of freedom, democracy and the Rule of Law. Where once America “took down those walls,” today America is (and other countries are) building them. Pax Americana is no more. There once again are regional champions and global contenders for hegemony. America no longer is referred to as “leader of the free world.” It no longer projects power and influence. Danger lurks in the absence of such global leadership. 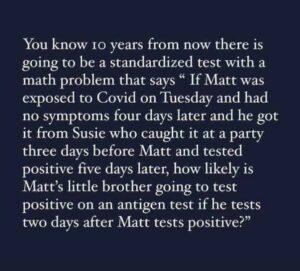