Posted at 08:07h in Law, Politics by William Natbony 0 Comments

Since the Great Depression, and with few exceptions, American Presidents, legislators and judges have been scrupulous in their artful interpretations of the Constitution. They have put aside partisanship when the American system was threatened, as it was, for example, during the Vietnam War in the 1960s, Watergate in the 1970s, and runaway inflation in the 1970s and ’80s. They understood the need for putting the interests of America ahead of their political and personal interests self-restraint. They were well-aware that playing fast and loose with the system of government that had made America great the most stable and durable democracy in history could undermine all that had been so-painstakingly created by the Founders and sustained for more than two centuries. The question today is whether the American Rule of Law and its Constitutional system of checks and balances will continue to support America’s democracy. For example…

There is a widespread belief that within the next few years the Supreme Court is likely to reverse its 1973 decision in Roe v. Wade and permit States to outlaw abortions prior to the third trimester of pregnancy. Seeding that belief was President Trump’s campaign promise that, if elected President, Roe v. Wade’s reversal would “happen automatically … because I am putting pro-life Justices on the Supreme Court.” That seed sprouted when, presented with two Supreme Court vacancies, he appointed Neil Gorsuch and Brett Kavanaugh, each of whom had expressed opposition to abortion. Although it’s impossible to know for sure, anti-abortionistsSupreme Court-watchers believe that their appointments create the very real possibility of reversal through a 5-4 anti-abortion majority.

Even with a 5-4 majority of like-minded Justices, it is rare for the Supreme Court to reverse itself. A legal principle known as stare decisis, derived from centuries of English common law, requires courts to treat prior decisions as binding legal precedents in deciding subsequent cases. Concluding that a prior decision was wrong means that those who relied on it – including those who structured their lives or their businesses on the basis of that decision – would have to readjust, often with adverse personal and/or economic consequences. Legal predictability is important for any number of reasons. For example, consistency of application and enforcement is a vital element of the Rule of Law. That is why courts have required a special justification to ignore stare decisis and overcome the presumption that favors upholding precedent. Although the Supreme Court has reversed itself in the past, it has rarely done so without a unanimous or nearly unanimous vote. (Roe v. Wade itself was decided by a 7-2 majority.)

Those who disagree with the Supreme Court’s decision in Roe v. Wade have taken the President’s statements and the appointments of Justices Gorsuch and Kavanaugh as a license to challenge it … and do so in ways that ultimately are destructive of American democracy. Legislators/governors in 9 States have primed the judicial pump, enacting stringent anti-abortion laws in outright defiance of Roe v. Wade: Louisiana, Georgia, Ohio, Mississippi, and Kentucky have banned abortions when an ultrasound scan can detect a fetal heartbeat (which generally is within 6-8 weeks after conception); Missouri is prohibiting abortions 8 weeks after conception; Utah and Arkansas will prohibit abortions after 18 weeks; and Alabama has banned all abortions and provided criminal sentences of up to 99 years for those who perform them. The enactment of all 9 anti-abortion laws unambiguously violate the Constitution as definitively interpreted by the Supreme Court’s decision in Roe v. Wade. All were enacted to frame for judicial reconsideration the same question … and all will now wind their ways through the District Courts, the Circuit Courts and, hope all 9 States potentially, to the Supreme Court.

In the 46 years since Roe v. Wade, medical science has made advances in improving the viability of fetuses; however, those advances have been incremental, increasing the odds of survival without ensuring it or significantly reducing the incidence of major disabilities. The 24-28 week third-trimester standard adopted by Roe v. Wade therefore remains the law of the land – and also correctly delineates the time when modern medicine has determined that a “compelling state interest” should require scrutiny into whether protection of an unborn fetus’s life is appropriate. Stated a bit differently, medical science has not materially changed the odds of survival for pre-third trimester fetuses. Viability of fetuses prior to the third trimester remains a medical challenge.

The assault on Roe v. Wade therefore is not based on a medical change of facts … and that hasn’t been the reason why it is being challenged.

The legal assault on Roe v. Wade is in fact a religious Constitutional challenge. It raises the question of whether State governments can willfully ignore the Rule of Law by legislating against established Supreme Court precedent whenever a State’s legislature and chief executive decide to do so. Among the arguments made in support of that position are that Supreme Court decisions do not have the same force of law as does Congressional legislation signed by the President – which is not correct –, or that the Supreme Court is always able to reverse itself if the current majority believes that a prior decision was “an incorrect resolution of an important constitutional question” (the rationale for ignoring precedent used by the Supreme Court in the recently-decided case of Franchise Tax Board of California v. Hyatt) – which would be a repudiation of the centuries-old common law doctrine of stare decisis. The problem with those and other arguments is that they create an entirely new and inconsistent approach to the meaning of “Rule of Law.” The enactment of laws that have been ruled unconstitutional by the Supreme Court creates precisely the type of uncertainty States’ rights conflict that can undermine the authority of America’s Constitutionally-empowered government. If validated, such laws could create a true fracturing of the “United” States – each State would be empowered to go its own way. For example (and there are an awful lot of possible examples), what if Alabama a State were to pass a law legalizing racial or religious segregation in violation of the Supreme Court’s 1954 decision in Brown v. Board of Education? What if California Maine a State passed a law opening its borders to immigrants despite Federal law and Presidential proclamations to the contrary? And made them citizens under that State’s constitution, ignoring the orders of Federal courts to expel them? What if West Virginia a State burned only “dirty” coal in violation of the Environmental Protection Agency’s currently-minimalist clean air regulations, adversely affecting the air quality and the health of residents in Virginia and Pennsylvania other States? What would happen to America, and American democracy, in any of these or other possible circumstances? What difference is there between these hypotheticals and the 9 actual State laws repudiating Roe v. Wade?

The frontal assault on Roe v. Wade is only one of several attacks being waged against the U.S. Constitution.

The Constitution provides for a balance of power among the three branches of Federal government: the executive (the President); the legislative (Congress); and the judicial (the courts and, ultimately, the Supreme Court). Each branch is intended to coordinate with the others to ensure that each action taken by any one does not overstep the boundaries set in the Constitution – that is, that undue power is not vested in or exercised by any single branch. This system of checks and balances means, in part, that (1) in order for legislation to become law, the President has to agree with Congress … unless a super-majority in Congress decides to override a Presidential veto, (2) the President cannot change existing laws or unilaterally spend money/impose budget decisions without Congressional approval … unless there’s a “national emergency” that requires the President to take immediate action, and (3) the courts decide whether either Congress or the President has exceeded the powers-of-office assigned by the Constitution. Accordingly, the President is not permitted to levy tariffs without Congressional approval, or use budgeted monies other than as specifically allocated by Congress, or enforce laws in ways not authorized by Congress, or sell military armaments to foreign countries without Congressional approval – any of which nevertheless can be done unilaterally by the President in times of “national emergency.”

One of the “emergency decisions” that Congress appears prepared to address is the least ominous in the category of selling military armaments to a foreign sovereign. Trump has declared that the threat to Saudi Arabia from Iran is an American national emergency and, despite the express opposition of Congress, has informed Congress that the U.S. is moving forward with 22 military deals with Saudi Arabia and the United Arab Emirates. A surprisingly bipartisan group of Senators and Congressmen has told him that there is growing support for Congress to use the Arms Export Control Act to stop the weapons sales. Doing so would require a majority vote in both the Senate and the House. Democratic Senator Robert Menendez and Republican Senator Lindsey Graham are leading their respective party’s opposition to the President’s plan. In the event of the expected Presidential veto of a successful Congressional resolution under the Arms Export Control Act, both chambers of Congress would need a two-thirds majority to override that veto. It’s unclear whether that super-majority exists.

The question is not whether Congress can or should override a given Presidential veto. It can. The question is whether America’s system of government should be tested in the foregoing ways. There is no doubt that Presidents can declare national emergencies in order to exceed exercise their Constitutionally-granted powers. Even if it is appropriate for this President to override Congress in each of the foregoing situations this one limited circumstance to authorize arms sales to Saudi Arabia and the UAE by declaring fake questionable an arguable “national emergency,” should Presidents have this unfettered authority … and, more importantly, should Congress create a precedent by acceding to its exercise? The answer to those questions may determine whether the U.S. will slide into a Constitutional Crisis … or whether Congress and/or the Supreme Court will step up in and exercise a check-and-balance. 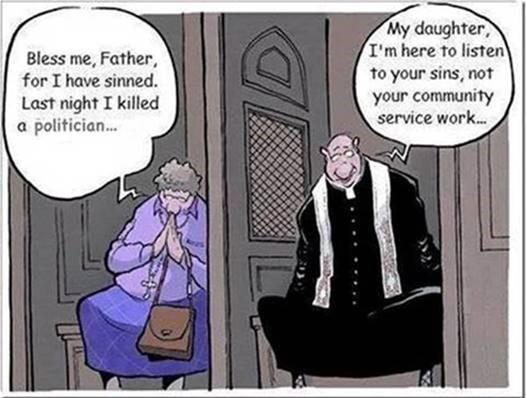