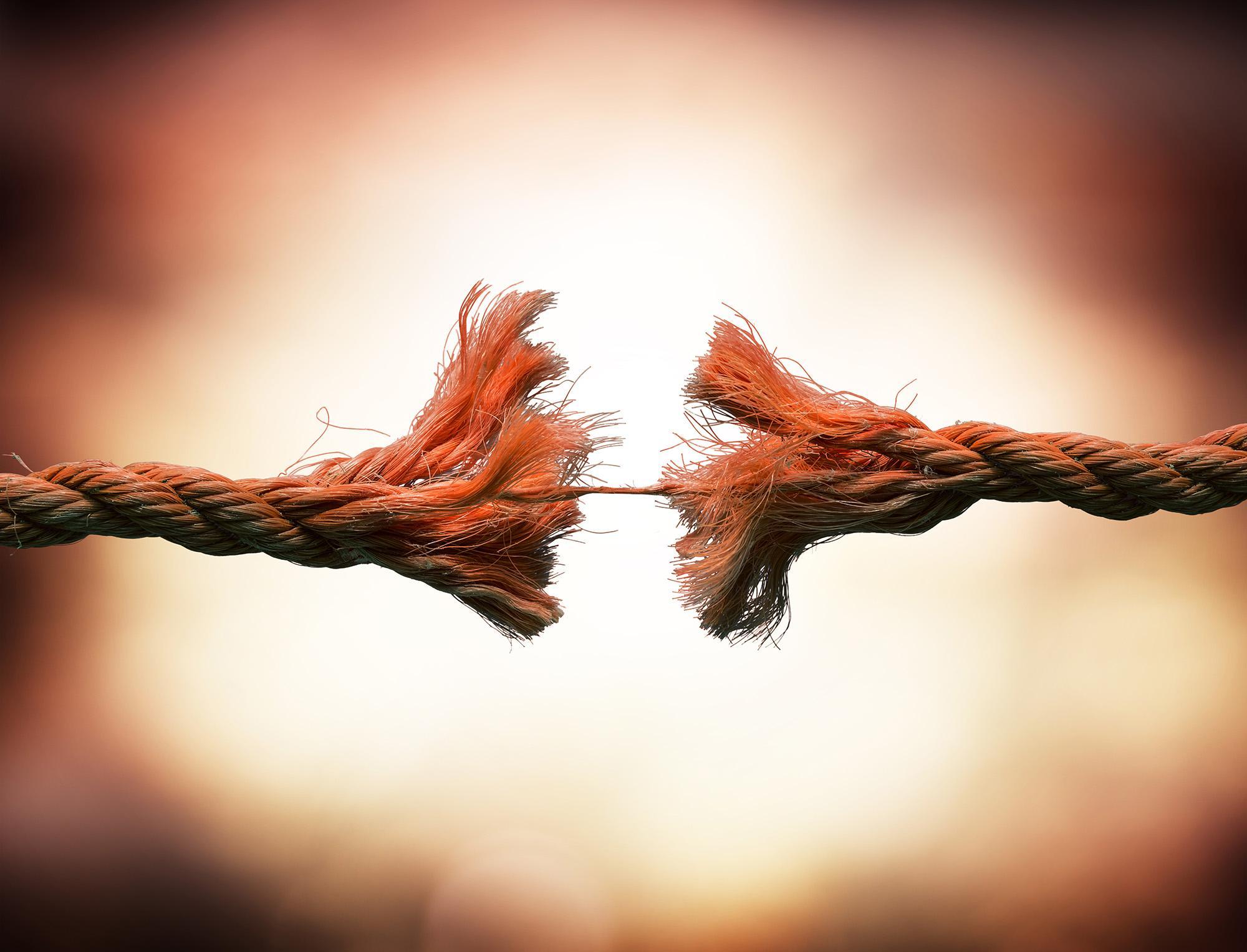 The Gordian Knot is a legend about Alexander the Great in which his cutting the Knot became a metaphor for solving an intractable problem.  Alexander reputedly accomplished the seemingly impossible challenge of untying the Knot by efficiently slicing through it with his sword.

America would find such a sword to be useful today …, figuratively speaking, of course.  That’s because America has been wrestling with its many own Gordian Knots, one of the most intractable being its deteriorating and anachronistic infrastructure.  The reality is that America has not maintained its roads, bridges, railways, airports, electric grids, etc., and has neglected the building of infrastructure capable of hosting 21st Century technologies.  More than 20 years into the 21st Century, America’s vaunted 20th Century infrastructure – the infrastructure that facilitated America’s economic efficiency, its research and development, and its world-beating production – remains 20th Century infrastructure, run-down and malfunctioning.  America’s failure to address this problem is self-destructive.  America’s unconcern is in sharp contrast to China’s embrace of massive infrastructure commitments, spending enormous sums on international roads, railways and ports to connect China to strategic locations around the world and equally mammoth amounts on domestic construction designed to make Made-In-China better, cheaper, faster and technologically superior (discussed by TLR here and here).

Both Republicans and Democrats for years laid claim to be the rightful sword-swingers to sever America’s infrastructure knot …, but neither has been capable of committed to truly doing so.  Both have been Alexander-pretenders.

In 1998, the Clinton Administration agreed with Congress on a $217 billion transportation bill that, rather than providing for the repair and improvement of decaying infrastructure, contained 1,850 earmarks – pork-barrel appropriations that were not part of the originally-proposed legislation and were added to buy garner support from members of Congress.  The purpose of earmarks is to maximize the ability of officials to be reelected by providing special interests their constituents with expensive gratuitous windfall Federal benefits.  In graphic terms, members of Congress in 1998 were less concerned about America’s infrastructure than they were about ensuring their Congressional longevity.  Congress showed no regret either then – or thereafter – in circumventing the merit-based, competitive legislative process that was the foundation for America’s 20th Century economic and democratic successes.  The Clinton Administration bill was followed in 2005 by a Bush Administration bill that featured funding for the infamous “Bridge to Nowhere” (a $223 million bridge to connect Alaska’s tiny Gravina Island (population 50) to Alaska’s mainland, a project that Alaska officials subsequently abandoned in embarrassment) as part of a $286 billion bill that provided earmarked funding for 6,000 Congressional projects that even supporters characterized as “bloated.”  The Bush Administration bill was followed by the Obama Administration’s $831 billion American Recovery and Reinvestment Act, which allocated only $48 billion for transportation infrastructure.  According to the U.S. Department of Transportation, the resulting investment, small though it was, measurably improved the country’s transportation system …, but repair isn’t equivalent to improvement … or replacement … or innovation … and also requires periodic refunding.  A partial refunding was included in the Obama Administration’s December 2015 $305 billion bill, although it was more about stimulus than infrastructure.  It provided a modest increase in highway and transit spending, but fell short of the $400 billion for highway spending deemed necessary.  That Obama Administration bill was followed by … nothing.  The Trump Administration proposed infrastructure ideas, but none found their way into proposed legislation.

The reason politicians try so hard to get reelected is that they would hate to have to make a living under the laws they’ve passed.

America’s elected officials legislate to protect their turf – their sinecure –, their status and the tribal interest groups that elect and reelect them and may later employ them.  Although that may be the primary reason for America’s infrastructure failure, it is not the only one.  America’s decaying infrastructure also owes its neglect to over-regulation, the effort by governments to accede to constituents’ requests demands for protection against change health, safety, environmental, economic and labor risks, the sum of which amount to ever-increasing levels of excessive legislation and regulation, a form of Statism (discussed by TLR here and here).  Because America’s governments over the past number of decades have enacted Statist laws and promulgated Statist regulations, there are too many legal hoops that a project must jump through before construction can commence, yet along be completed.  As a consequence, there is no such thing today as a “shovel-ready” project – every infrastructure plan faces significant delays in navigating legal minefields.  Consider a hypothetical government proposal to build a high-speed rail line that would connect Phoenix and Las Vegas … and further assume that the project is authorized by Congress with a 2021 appropriation of $100 billion.  Construction would be contingent on a cost-benefit analysis, the favorable outcome of which would be pre-ordained because, after all, Federal largesse of $100 billion is an awful lot of money.  The project would face competing special interests and therefore would be politicized and heavily lobbied.  There would be studies, counter-studies, hearings, the appointment of an expert panel consisting of Federal and State government representatives and affected parties, and a recommendation by that panel that would include health, safety and environmental protections, labor requirements, etc., pursuant to compromises that balloon costs.  How many years would that process take?  It is only after those approval barriers had been hurdled that negotiations and the acquisition of properties could commence …, through purchase, easement (land, light and noise), and eminent domain …, some of which would land in court and result in time-consuming and costly litigation.  It would be many years before construction could actually commence.  How many Federal, State and local elections would have passed?  How many elected administrations would have been involved?  How many contracts would have been put out to bid and granted?  How many of those contracts would have had escalation clauses?  How many renegotiations would be necessary?  By how much would the costs exceed the original Federal appropriation?  The construction of the San Francisco-Oakland Bay Bridge in the 1930s took four years.  It had to be replaced after a 1989 earthquake in a process that took over two decades … with the cost rising from $250 million to $6.5 billion, a 2,500% increase!  Compare America’s approval and construction process to China’s.  China this century has built the most massive dam projects and the longest and most complex high-speed rail lines, completed a 57-story skyscraper in 19 days, and demolished and rebuilt the Sanyuan Bridge in Beijing in 43 hours.  China has prioritized infrastructure and gotten it mostly right so far.

Chinese Statism, however, is not a model for America.  It’s wrong for American capitalism, wrong for free enterprise, and wrong for a market-based economy.  Moreover, America cannot compete, and shouldn’t attempt to compete, with Chinese-style central planning or a government-funded industrial policy – China has maximized their application.  Nevertheless, because of China’s comparative successes and its massive commitment to global infrastructure, the decisions to be made by Congress in 2021 are urgent ones.  Whatever Congress does for infrastructure in 2021 will determine America’s direction for decades …, because as the last three decades of infrastructure neglect have shown consequential legislation is difficult enough even when one Party has uncontested control of government.  However, unless Congress – and both Political Parties – quickly embrace legal/regulatory reform on a national scale, put more trust in private enterprise and less in government planning and funding, and act with the recognition that America can and otherwise will lose the global economic competition, there will be few, if any, benefits from any sort of infrastructure legislation.  Those who believe that the Biden Administration’s infrastructure proposals would promptly result in helpful subsidies for American workers and effect much-needed improvements and advancements therefore are smoking dope being unrealistic.  The Biden Administration’s infrastructure proposals attempt to address all of the likely infrastructure needs of America without addressing the practical reality that, even if enacted in whole, little infrastructure construction and improvement will be realized for years or, perhaps, decades.  The Trump Administration took a politicized approach to regulatory excess by rolling back only specific Obama-era environmental regulations (under the National Environmental Policy Act) as a timid and poorly-targeted policy.  An Alexanderian sword is needed.

The potent combination of self-interested elected officials and an over-protective legal and regulatory system created an unleapably-high hurdle.  To paraphrase Winston Churchill, “America always will avoid taking proper action until it is forced to do so by crisis.”  American infrastructure today has reached a critical point.  America’s politicians need to recognize the urgency of the situation … and act. 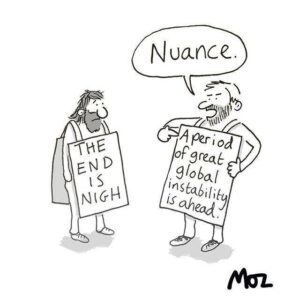