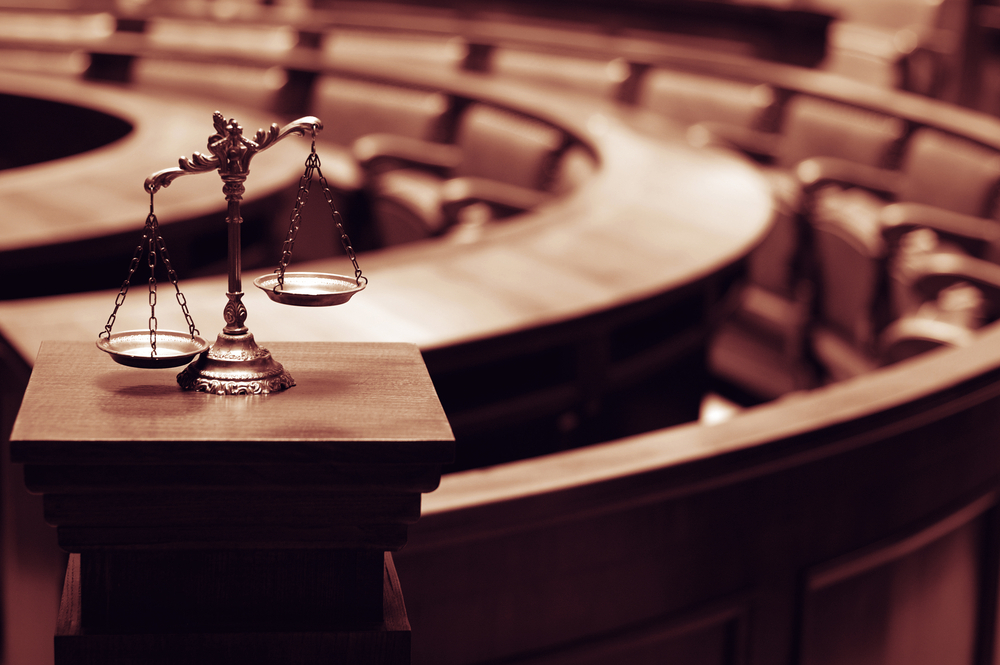 “If insider trading is illegal, how come so many CEOs (as well as members of Congress and Federal Reserve Governors) get away with it?” – The Lonely Realist

Insider trading stories make it clear that, if America enacts laws … and if the American public is to respect America as a nation governed by the Rule of Law (discussed by TLR here and here) …, clarity and enforcement are critical.  Too many laws (discussed here) with too few enforcement mechanisms (discussed here) make for confusion, lawlessness and, in time, civil unrest.

In May, America’s House of Representatives, by a vote of 350 to 75, passed the Insider Trading Prohibition Act, a successor to a series of acts passed by the House over the last several years … each of which died in the Senate … as this year’s ITPA apparently will do as well. ITPA would have more clearly defined insider trading, currently a somewhat amorphous application of securities fraud.  ITPA’s sponsor, Jim Himes (D – CT), said that “the legislation does not expand insider trading law but simpliﬁes and codiﬁes the law as articulated by courts through decades of opinions.”  ITPA truly is a simplification …, and TLR adores simplification. However, a law also must be comprehensive and, no matter how much of an improvement, is worthless without enforcement.

Insider trading is illegal. No one should buy or sell securities by abusing material non-public information … and no one who does so should get away with it. Corporate executives nevertheless sometimes ignore Federal securities laws, members of Congress apparently trade on inside information despite legislation enacted to prevent them from doing so, and Federal Reserve Governors have made a recent practice of buying and selling using inside information. Enforcement, therefore, is … uneven [sic]. The highest-profile CEO in America, Elon Musk, previously made himself a poster child for flaunting securities laws (as discussed here, here and here). Musk’s most recent stock sales, however, demonstrate a greater sensitivity to legal niceties, employing a creative approach to avoid colorable securities law violations. Musk, it seems, has decided to be a massive seller of Tesla shares. He has begun doing so by employing an ingenious plan intended to end-run the legal minefields of insider trading and market manipulation.

Corporate executives like Musk have to hurdle substantial legal barriers to be able to buy or sell their company’s stock. They generally are permitted to do so only during “window periods” when their Boards determine that they are not in possession of material non-public information. (CEOs also can pre-arrange to sell their shares under Rule 10b5-1 plans. Musk put such a plan in place in September.) Any permissible buying or selling will be promptly reported to the public and therefore will affect share prices. The “window period” requirement had created a problem for Musk – he has 22.8 million very valuable Tesla stock options that will expire in August 2022. The tax on exercising those options will be approximately $10 billion (perhaps more if Congress raises the 2022 tax rate on the very wealthy) and he needs to sell Tesla stock to pay that tax, optimally in 2021. Fortunately for Musk, the price of Tesla stock earlier this month closed at a new all-time high of $1230, making this an especially opportune time to sell …, and perhaps to sell as much Tesla stock as possible. (In May 2020 when Tesla’s share price was $780, Musk tweeted that “Tesla’s stock price is too high imo.” The price has increased by 55% since then.) The problem Musk has been facing is how to sell without violating securities laws or tanking Tesla’s share price …, especially since he will remain Tesla’s largest stockholder even after the sales. Musk has chosen a creative legal strategy that both distracts from the fact that he will be selling $20+ billion worth of Tesla shares and also camouflages the reason for those sales. He announced that he will be selling shares to pay his fair share of taxes(!), tweeting to his 60 million Twitter followers that “Much is made lately of unrealized gains being a means of tax avoidance, so I propose selling 10% of my Tesla stock. [If my Twitter followers] support this …, I will abide by the results.” [In choosing 10% (it was not random!), Musk committed himself (not really?) to sell between 17 million and 24.4 million shares of Tesla stock.] This legal strategy would make it challenging – as well as highly unpopular – for the SEC to charge Musk with violating securities laws – that is, making the decision to sell, or selling, while in possession of inside information (which he most certainly possesses). “It was a Twitter poll,” he would explain. “I was doing the right tax thing with the best of motives! Moreover, I alerted the public to exactly what I intended to do and received the public’s blessing, so no one could have been caught unaware!” Should it matter that the result of “the poll” was preordained given the public’s desire to see billionaires pay additional taxes. “The poll” showed that 58% of those who responded indeed wanted him to sell the Tesla shares and pay the taxes. Should it also not matter that tax proposals circulating in Congress would raise his taxes in 2022, which undoubtedly was a factor motivating his tweet?

It will come as no surprise that the price of Tesla stock has declined since Musk began selling, though by not as much as observers might have expected (it’s down ~7% since the tweet on November 6th; Musk so far has sold ~10 million shares). Since Musk was “bound” by the poll to sell (though not legally bound), can it nevertheless be argued that his tweets and subsequent sales were part of a manipulative plan? Plaintiffs’ lawyers are likely to make that argument (and others), although they will face an uphill battle. From TLR‘s perspective, Musk has received excellent securities law advice (noting that nothing in TLR should ever be taken as legal advice!)!

Last Saturday, Bernie Sanders tweeted that “the very wealthy” should pay their fair share of taxes. Musk took this as a personal challenge (really?) and offered to sell more of his Tesla stock, tweeting “Want me to sell more stock, Bernie? Just say the word….” A Tesla skeptic might conclude that Musk believes Tesla stock price has peaked and wants out of as many shares as possible. What do you think?

On a more mundane note, two recent cases are noteworthy (at least for those interested in insider trading) for showcasing the temptations less well-placed insiders wrestle with when they, like Musk, possess material non-public information. The buyers and sellers in these cases did not have Musk’s resources and therefore resorted to illegal alternatives. The cases add a bit of levity to the subject of insider trading, providing examples of ineffective ways of abusing inside information.  Importantly, they also highlight the fact that more careful lawbreakers, as well as more capably-advised ones, undoubtedly avoid detection and prosecution … in part because of  depleted enforcement resources and in part because of the absence of clear insider trading laws.

SEC v. Chad Calice and Holly Hand involved a romantic partnership in which Mr. Calice owned stock in the company Ms. Hand worked for (Neuralstem Inc.). Ms. Hand came into possession of materially adverse non-public information about Neuralstem and decided to give that information to Mr. Calice. She could have done so by whispering in his ear in an intimate setting: “Honey, you remember that drug trial my company has been involved with? The one I was so optimistic about? Well, the drug cratered. I am sooooo sorry! I know you invested a lot of money in that stock, but, well, you need to sell it before Tuesday when the bad news becomes public. Please be careful though. Sell in a way that doesn’t lead back to me. OK?” That, however, is not what they did. First thing Monday morning, each began checking the stock price on their computers. They also texted and spoke on the phone several times to coordinate Mr. Calice’s sales. The job of the Financial Industry Regulatory Authority is to follow up on share sales made immediately prior to a materially adverse public company announcement, and FINRA sent Neuralstem a list of the names of persons who had made such sales. Neuralstem’s compliance department naturally asked its employees, including Ms. Hand, “Do you know any of these people?” Ms. Hand had to admit that she knew Mr. Calice – after all, they lived together. She added that Mr. Calice never, ever could possibly have obtained any inside information from her. Nope. No way. Not possible. Didn’t happen. FINRA of course then checked Ms. Hand’s and Mr. Calice’s computer hard drives and their telephone logs, comparing them to the timing of Mr. Calice’s sales. As a result, Ms. Hand and Ms. Calice were compelled to concede to the realities of having traded on inside information. They paid treble civil penalties.  They likely also will face criminal charges.

An even more more interesting case is SEC v. Frank Perkins Hixon, Jr., where Hixon Jr. was engaged in a pattern of insider trading to take advantage of any and all material non-public information that crossed his desk. He attempted to conceal his purchases by using brokerage accounts owned by his father, Frank Perkins Hixon, Sr., and his former girlfriend, Destiny Robinson. FINRA’s list of suspicious traders found its way to Hixon Jr.’s employer where the compliance department asked him whether he knew Frank Perkins Hixon, Sr. or Destiny Robinson. Hixon Jr. said “No,” he didn’t recognize either name! Compliance must have said something like, “You’re kidding, of course.  You’ve never heard of Frank Perkins Hixon, Sr.?” And Hixon Jr. apparently said, “Nope.  Never heard of him.” And compliance then probably said, “Wait, your name is Frank Perkins Hixon, Jr., which is an unusual name. Wouldn’t it be, like, logical that your father, or perhaps a close relative of yours, would be named Frank Perkins Hixon, Sr.?” And Hixon Jr. apparently then said something like, “That really would be a coincidence, wouldn’t it …, but, no, I don’t think so. Never heard of the guy.” After which compliance might have sat back and said, “Really?  And the name Destiny Robinson doesn’t ring any bells either?” And Hixon Jr. then might have said something like, “I’m beginning to get the impression that you don’t believe me!”, after which compliance decided to ask Hixon Jr. for a written statement …, and he actually gave them one! He executed an affidavit stating that he didn’t know either his father or his former girlfriend! That understandably didn’t turn out terribly well for Hixon Jr. He ended up in prison.

Junior employees, like Ms. Hand, her partner, Chad Calice, and Hixon Jr. may well believe that their actions are relatively trivial and therefore fall below FINRA’s radar. They are wrong, but then most insider traders are more careful than Ms. Hand, Mr. Calice and Hixon Jr. To catch wrongdoers accordingly requires a well-staffed, well-trained enforcement agency and a clear set of insider trading laws. America today has neither. 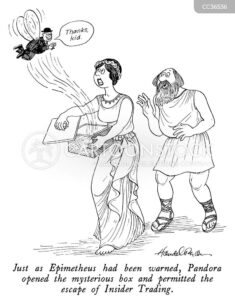