18 Apr The Digitization of Money

Covid-19 has accelerated change the creation and evolution of paper money alternatives … or, insofar as moving towards a cashless society is concerned, Covid-19 has enhanced progress.  Exchanging cash is now so … passé!  So … 20th Century!  And so unnecessary.

For the last several centuries, civilization flourished by using paper money to pay for goods and services.  People worked to “put cash in their pockets” in order to ensure day-to-day survival (food, clothing and shelter) … and, for some, to put “more than enough” cash in their pockets.  Cash was created to replace barter, which was a cumbersome way of paying trading providing for necessities and luxuries.  Cash was the grease that lubricated the wheels of commerce, finance, agriculture, industry, and government.  It’s what made modern civilization possible.

No longer.  Cash is now one of the more cumbersome ways to pay.  It’s an awkward, inefficient anachronism.  Like barter, it requires person-to-person contact so that paper can be physically transferred to the seller.  In today’s smart phone-driven, Zoom-enabled, Covid-19 remote shopping and communication environment, physical contact is often undesirable and, for many, assiduously avoided.

“Cash” after all is merely ink-on-paper.  It itself has no intrinsic value.  Whatever value is given to it is a “virtual value” based on government fiat.  It maintains value only as long as its users believe in the legitimacy of the government issuing the paper, as long as they retain confidence that the applicable government will continue to pursue sound fiscal, political and military policies.  Importantly for today’s foremost fiat currencies, the US Dollar, Euro, Swiss Franc, British Pound, Japanese Yen and Chinese Yuan, each also is backed by quantifiable amounts of gold bullion and strong economic fundamentals.  Those are the necessary ingredients for transmuting inked paper into … money!

Humanity owes the invention of paper money, and of the value placed on it, to China’s 7th Century Tang Dynasty, which conceived of substituting paper money for less convenient metal coins.  As a result, the Dollar, Euro, Pound, Franc, Yen and Yuan today are currencies that people widely use to purchase goods and services.  Those fiat currencies have become a store of measurable value even though anyone can put a match to them and, POOF, they … and their value … will disappear.  Throughout history a good many currencies that appeared sound – the “cash” of the era – have been debased become worthless disappeared gone “POOF”!

The concept of converting metal money into virtual, paper money by government fiat was the earliest act of government monetary transmutation.  It was followed in the 20th Century by capitalism’s creative inventions of checking accounts and, soon thereafter, credit cards, private enterprise innovations that turned paper money into virtual money.  Checks relieved buyers of the burden and risks of carrying large amounts of cash and credit cards provided users with instant money via short-term, interest-free loans.  At the same time, they provided fresh sources of profit for banking institutions.  Unless quickly repaid, the short-term, interest-free loans made to credit card users automatically transmuted into the highest interest rate-paying loans legally possible.  Innovation indeed!  Those 20th Century credit cards themselves are now passé having transmuted (at least for many) into 21st Century payment apps such as Apple Pay in the U.S. and WeChat in China.

What constitutes “money” continues to mutate – that is, what is to be treated as a store of measurable value that can be widely used and accepted in transactions involving the transfer of goods and services.  In 2019, Facebook announced plans to create its own form of money, a proprietary currency that was to be called Libra … but that was recently renamed Diem.  Diem is to be a cryptocurrency backed by liquid assets – a basket of government bonds and bank deposits that “will be held by a geographically distributed network of custodians with investment-grade credit rating to limit counterparty risk” (in other words, a “stablecoin”).  Facebook and its co-venturers had intended for the underlying assets to be denominated in a broad range of fiat currencies, including Dollars and Euros and Yen and Yuan, etc., and thereby to create a new Facebook-specific “multi-fiat currency” that would dwarf any single sovereign currency … including the US Dollar (a subject previously explored by TLR here).  Governments, including the U.S. government, were not enthused … and were not about to allow that to happen.  Diem instead will be currency-specific, a derivative single country-by-country instrument that cannot displace sovereign currencies.  Facebook and its co-venturers now understand that sovereign issuers own the currency turf and will not relinquish that turf to corporate competitors.

But, of course, there is a pre-existing “private” competitor … and it has a number of characteristics that it shares with issuers of sovereign fiat currencies.

Bitcoin debuted in 2009 (thanks to the legendary Satoshi Nakamoto) and, in certain ways, is superior to sovereign-issued fiat currencies.  Among other things, and different from sovereign currencies, it has a hard cap, a fixed ceiling on the number of Bitcoins that can be minted so that it cannot be printed ad infinitum.  In addition, because it has been seeing wider use, it is now perceived as an acceptable safe haven for storing value (and, for those engaging in marginally legal activities, the ultimate safe haven).  However, although Tesla, auction houses selling NFTs and several others have accepted Bitcoins for the purchase of their goods, it is not widely accepted in day-to-day transactions, making it an inferior substitute for government currencies.  Moreover, as Bitcoin is a string of software code requiring users to have a technical understanding in order to feel secure, many investors are finding it difficult to treat Bitcoin as an appropriate candidate to supplant their existing currencies.  That is changing, however – and likely will continue to widen its applications –, as Bitcoin’s years of use without malfunction provide validation for its value.  That value most recently was enhanced when MicroStrategy, Square and Tesla began depositing their cash balances in Bitcoin.  Leading asset managers like Guggenheim and Blackstone and leading payment systems like PayPal followed by announcing plans to facilitate Bitcoin ownership and incorporate Bitcoin functionality into their offerings.  Bitcoin therefore is making inroads into the global fiat currency system …, to the detriment of government-issued currencies.

If Bitcoin’s incorporation into international commerce becomes further embedded, fiat currencies – and governments’ control over their economies and social structures – will be undermined face an unacceptable challenge.

Because governments do not like to be challenged by private enterprise, they inevitably react in the most … government-like ways by eliminating their challenger(s).  While a number of countries already have banned cryptocurrencies like Bitcoin (India and Denmark being notable prohibiters), and China has limited their use and utility with similar effect, many others – including the U.S. – currently permit Bitcoin and other cryptos and have allowed them to grow and prosper.  That cannot continue indefinitely … unless, that is, governments permit cryptos to displace their own currencies.

China has understood the competitive dangers quite well …, and determined the direction it needs to take to eliminate crypto risk while the U.S. has dithered.  It is well on its way to producing its own digital Yuan as an alternative to cryptos and as a challenge to the US Dollar (as well as to other fiat currencies).  China intends that the digital Yuan be the optimal alternative for those seeking an internationally acceptable digital medium of exchange that is widely used, accepted in transactions involving the transfer of goods and services, and a store of measurable value – in short, global “money.”

The world is headed for a more digitized currency future.  Bitcoin has been an eye-opener.  Unless the U.S. awakens to 21st Century realities and digitizes the US Dollar, the digital currency future will belong to Bitcoin … and the Chinese Yuan.

Maximizing the strength of a currency does not mean simply making it digital.  All money today is digital – it “exists” by being digitally recorded on the computer hard drives of banks, credit card companies, payment apps providers, the Bitcoin blockchain, etc.  A currency achieves maximal strength by combining that digitalization with central bank management.  The Chinese Yuan will exist on the Peoples Bank of China’s computer system.  The data that the PBOC accumulates will allow it to more finely accurately successfully tune China’s internal economic policies … and its globally-competitive economy.  It also will allow the Chinese Communist Party to monitor and manage international payments without utilizing the payments system built and controlled by the U.S. (as discussed by TLR here) and, importantly for China’s autocratic regime, to granularly monitor the activities of its citizens (a full-bore application of “state surveillance”).  A further benefit of a digital Yuan is that it will allow the Chinese government to largely eliminate illegal activity and the tax and economic slippage that illegality creates.

The existence of digital alternatives to the Dollar is a clear and present danger to America’s “exorbitant reserve currency privilege” (previously discussed by TLR here).  America’s “privilege” cannot survive substantive Dollar displacement in international commerce, either by another country’s digital currency (the threat today is from the advancing digital Yuan) or crypto ones (most obviously from Bitcoin) …, a conclusion America now appears to have recognized (e.g., “Don’t Let China Mint the Money of the Future,” linked here).  To retain Dollar supremacy and the benefits that flow from reserve currency status, the U.S. must digitize the Dollar (which will be no simple task given substantial civil liberties hurdles) and, in addition, will have to emulate its digital Chinese challenger by regulating out of existence its rising crypto competitors. 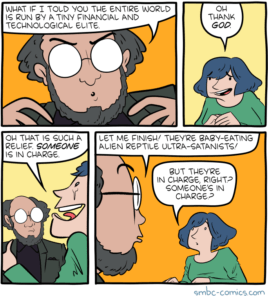