“Human beings who can predict tomorrow’s stock market action quickly become wealthy.  They are considered geniuses.  If they could accurately predict the weather one week out, they’d be considered clairvoyant.  Unfortunately, no person can consistently forecast the stock market even only one day out, or predict the weather one week out, or accurately forecast the economy even only one month out.  That’s why the world looks to Oracles for revelations.” – attributed to the Oracle at Delphi.

TLR received a “Letter to the Editor” signed by “The Delphic Oracle” (an alleged contemporary of the mythical Cassandra) expressing disagreement with certain TLR commentaries (including portions that discussed There Is No Alternative (here), wage inflation (here), asset bubbles, cryptocurrency and meme bubbles (here and here), and the US Dollar, Modern Monetary Theory and fiscal profligacy (here and here)), and most vehemently disagreeing with Cassandra’s recent market predictions (found here).  In ancient times, the Oracle at Delphi was the definitive source for exacting analysis and prescient predictions, providing counsel to kings and supplicants on a broad range of topics that included politics, economics, international relations and law.  TLR accordingly has opted to publish the Oracle’s Letter in its entirety (with several edits), noting that its contents are for informational purposes only.  TLR has provided and may provide information on the same and similar subjects and you should not construe any such information as legal, tax or investment advice.  Whether The Delphic Oracle’s powers serve as well in the 21st Century as they did in ancient Greece is a question that each reader must determine for himself and herself.

I have been an avid reader of your post since its inception and feel obliged at this important juncture in world history to comment on your most recent attempts to address the pressing economic problems that are plaguing governments, commentators and members of America’s Congress.  Your tendency has been to present all sides of an economic issue.  That may be informative for some readers, but it is not constructive for most.  It confuses those seeking real-world investment guidance, individuals who are in search of predictions advice that they can rely on in making personal decisions.  Providing a high level of prophetic guidance has been my role for the past 2,700 years.  As the world’s Oracle, the single immortal granted the gift of foresight possessed by Apollo, it is my duty to accurately predict future events for those sufficiently wise and with the humility to acknowledge their ignorance.  Being soothsayer to the Gods is quite different from being a commentator like TLR.  TLR most certainly is a valuable source for providing perspective, often serving as a reality-check, but difficult times require demanding answers.

My motivation for writing this letter derives in part from TLR’s misplaced emphasis on the predictions of the soothsayer Cassandra.  Although Cassandra, by the grace of the Gods resides in the Elysian Fields, she no longer enjoys their favor …, while I do.  That lack of God-given indulgence explains her lack of accuracy.  Modern stock market spokespersons such as Jim Cramer and Maria Bartiromo undoubtedly enjoy the many human insights that access to computer forecasting algorithms provide, but unlike me (and those all-too-few gifted mortals like Paul Volker) have not received the grace of Apollo … even though modern-day soothsayers – such as Greenspan, Bernanke, Yellen and Powell –at times profess to have such God-given gifts.

In her most recent foray into economics, Cassandra prophesied that the inflationary trends reflected in recent government reports will be transitory and, further, that the Federal Reserve will use its tools to keep a lid on price increases.  She is wrong on both counts.  America’s economy most closely resembles the proverbial frog that is slowly being brought to an inflationary boil.  Cassandra is merely repeating the pronouncements of Federal Reserve Chairman Arthur Burns Jerome Powell …, who is not himself renowned as a soothsayer, is constrained by existing economic realities, is primarily motivated by political considerations, and has shown these all-too-clearly over the past 3+ years.  He is the fourth of the past four Fed Chairmen who has shown little ability to predict the future, yet continues the attempt to micro-manage the U.S. economy towards a goal of ill-perceived perfection.  The Fed is now trying to simultaneously balance growth, employment and inflation to achieve a Goldilocks outcome without the recognition that Goldilocks is a fable.  The Fed for the past few decades has set its goal as trying to get things approximately right, crossing its fingers for tomorrow …, and, so far, “tomorrow” has worked out reasonably well (especially for wealthy Americans).  However, the odds against success over a prolonged period of time are enormous.  Growth-inflation balancing acts inevitably tip over.  Inflation has begun and, contrary to Cassandra’s (and Powell’s) prophesies, will accelerate as 2021 and 2022 progress.

It will be in September when government stimulus falls away that the Federal Reserve will begin turning up the heat by signaling that it will continue to fuel growth “if necessary” with ever-more-massive money-printing.  By throwing additional tinder on the existing economic bonfire, the temperature will rise …, and inflation and Dollar debasement will accelerate.

Wages – and not just minimum wages – are rising across the board … and at unprecedented rates.  Because demand for employees will remain strong and the supply of workers will remain weak – there’s a terrific skills, automation and geographical mismatching of jobs-and-workers that is wreaking havoc in many American industries –, employers will be unable to lower wages.  Add to that the fact that employees who have been overworked in their present jobs are quitting at alarming rates in order to seek better working conditions and higher pay elsewhere.  Employers increasingly will be chasing workers, leading to higher employee compensation, rising prices and reduced business profits.  Rising wages therefore are baked into America’s future.  Although employees in America once switched jobs on average 7 times during their lifetimes – and moved locations every 7 years –, mobility has markedly declined and, with it, the ability of employers to find local workers at un-inflated rates.

Stacked atop of wage inflation are supply imbalances that are trending towards the endemic.  Not only have de-globalization, tariff wars, Covid-19 and the Suez Canal blockage disrupted supply chains, but congestion and port shutdowns (most recently in South China) are exacerbating problems and reverberating across markets.  The resulting delays are causing prices to broadly rise, including in base metals, lumber, chemicals and energy as well as in high-tech essentials such as computer chips.  As a result of existing and developing dislocations, container shipping companies have been compelled to engage in massive logistical route readjustments.  The increased overhead, delays and commodity price increases continue to percolate through wholesale markets and into retail ones, with businesses finding it challenging to restock inventories …, all of which is inflationary.  Which doesn’t even begin to address agricultural shortages that show no signs of easing.  They will not do so until workers return – and are paid higher wages – and new crops are planted and then harvested … in 2022.

Meanwhile, demand for everything is soaring as lockdowns end and consumers go on buying sprees after their 18-month Covid-19 hiatus.  The effects of supply chain disruptions, key labor shortages, and resurgent demand driven by the $1.9 trillion American Rescue Plan plus the $900 billion pandemic aid package passed by Congress in December will persist for years.  Before anyone knows it – and before the Fed decides to address it –, inflation will be raging … and no steps that the Fed or America’s government will then be able to take will undo that outcome … because the consequence would be recession …, and recession will not be allowed during election year 2022.  The Fed has been politicized, which is why it has prioritized employment growth over inflation control.  Fed tightening also would increase pressure on America’s massive debt load.  The Fed therefore will neither taper nor tighten, continuing the practice of profligacy pursued by the Bush2, Obama, Trump and Biden Administrations.  America’s out-of-control money-printing and artificially-suppressed interest rates will eventually combust.  America has had the loosest monetary policy of the last 100 years and has paired it in 2021 with the hottest growth of all times.  The inflation frog is cooking.

But don’t despair!  Rapid inflation will be good for America! 🤔  At least for awhile.

America at every level is carrying debt in amounts so far in excess of affordability that even listing the astronomical numbers boggles the mind.  Inflating the Dollar is America’s way of delaying avoiding eventual default.  Consider that U.S. student debt stands at >$1.7 TRILLION, consumer debt at $13.2 TRILLION, U.S. mortgage debt at >$16.5 TRILLION, U.S. corporate debt at $10.5 TRILLION, States’ debts exceed $1.2 TRILLION, and Federal debt is >$28 TRILLION (with the 2021 Federal deficit estimated to be $2.3 TRILLION (2020’s was $3.1 TRILLION), and that’s without consideration of the $8.2 TRILLION of debt on the books of the Federal Reserve … and growing).  The Fed has decided to debase the Dollar and inflate those debts away.  There will be no near-term retreat from Quantitative Easing.

The resulting lower value to the Dollar will increase import prices, an additional accelerant for inflation.  After all, once the frog has been placed in warming water ….

Your readers, Mr. Realist, will want to know what that means for the stock market.  The S&P500 is +14% YTD after a +16% return in 2020.  With continued money-printing, asset inflation will continue …, and will not reverse until America’s baby boomers begin drawing down their retirement accounts in size …, starting in late 2022.  When the market senses that the tide is turning, watch out below!  Debt indeed will be repaid …, but at a price.

Your readers also will want to know which equities to own.  With inflation on the near horizon, stocks that are in cyclical industries – chemicals, mining, crude oil and natural gas – will excel …, with energy being the easiest to pick.

The crypto game will largely come to an end as well.  Governments – particularly China – have awakened [ED. NOTE:  meaning that they’re now “economically woke”] to the threat that cryptos pose to their fiat currencies [Ed. NOTE:  discussed previously here].  Bitcoin, for example, is set for a further near-term fall, although inflation is likely to continue lifting animal spirits …, at least for a while thereafter.

Although the world is in a more precarious place than many have understood, I do not foresee those risks maturing into economic crises.  Emerging markets are economists’ biggest concern given the combination of Covid-19 and insufficient vaccines, global food shortages, supply collapses, and economic devastation.  There are several regions in which war and/or armed revolution are threatened …, yet, once again, I do not predict serious conflict transmuting into economic turmoil.  In America, the Fed will continue to talk … and talk … and talk, with the Fed governors and their minions making statements intended to fine-tune America’s economy using words rather than taking actions.  They will continue doing so even after the Fed’s confab in Jackson Hole at the end of August.” 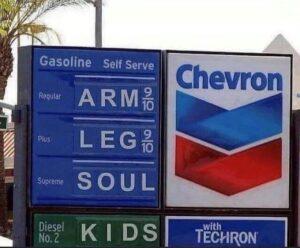