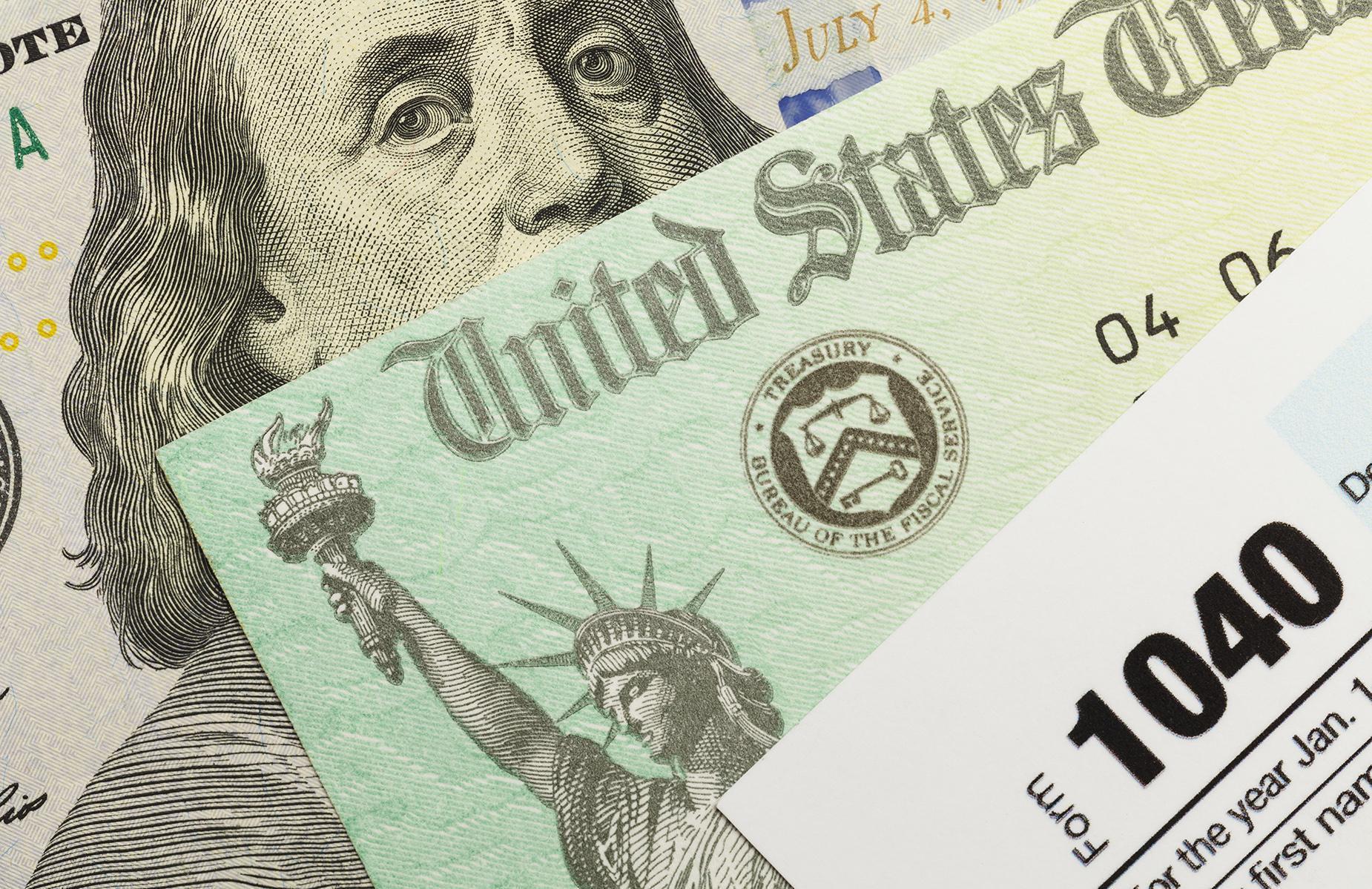 “Although the Biden Administration’s Build Back Better tax proposals would reduce income inequality, they would do so at a cost that includes increased complexity … yet again. They could be targeted far more efficiently. America deserves a tax system that indeed Builds Back Better.” – The Lonely Realist

The current version of the Biden Administration’s BBB tax proposals would increase the top personal income tax rate from 37% to 39.6% (plus a 3% kicker for those with >$5 million in taxable income), increase the capital gains rate from 20% to 25% (plus that same 3% kicker in addition to the existing 3.8% investment income surtax, increasing the capital gains tax rate for those with >$5 million in income to 31.8%), and raise the corporate tax rate from 21% to 26.5% (higher than the average of developed-country tax rates and a significant reversal of the 2017 Trump tax cut). These tax increases on the uber-rich are intended to reduce income inequality and provide funding for new government social infrastructure programs. Although they would succeed in increasing taxes on wealthy Americans, that’s not because America’s tax rates are too low. It’s because of the complex tangle of deductions, credits and preferences that reduce the taxable income of wealthy Americans. America’s tax system is a complicated morass of special interest provisions that members of Congress are disinclined to reform because they are unwilling to bite the wallets that fund their re-election campaigns. As a consequence, America’s outdated tax system works poorly (and will continue to work poorly even were Congress to adequately fund tax enforcement). The BBB proposals also fail to provide adequate funding for the proposed social welfare programs because in addition to adding complexity to an already overly-complex tax code, they fall short in raising the revenue necessary to do so and instead would continue the “borrow-and-spend” policies that successive Republican and Democratic Administrations have been following for the past two decades.

The catch-phrases used to justify increased tax rates on the rich include that the “top 1% pay too little.” They own ~70% of America’s wealth and yet fail to “pay their fair share.” The reality is somewhat different. The tax code is structurally progressive – neither a flat tax nor a regressive one. Those at the top pay proportionally more than those in the middle while the bottom pay no tax at all. Biden’s tax proposals would make the tax code more steeply progressive. Viewed from an historical perspective, America’s tax system has supported America’s spending and incentivized its capitalist democracy while providing what many judge to be a balanced social safety net. The rational progressivity is reflected in the current tax code by the fact that in 2020-2021 the top 1% paid >40% of Federal taxes and ~60% of Americans paid no taxes at all. Over the past two decades, the top 1% paid tax at a 30% net Federal income tax rate (after all deductions) and at a higher “marginal” rate on each additional dollar of income, paying a greater share of individual income taxes than the bottom 90%. The problem is not that Federal income tax rates are not sufficiently progressive or that they favor the top 1%. It’s that those rates have been warped by the panoply of special interest loopholes that alter the percentages and distort economic incentives. The Infernal Revenue Code is littered with too many such preferences that are utilized only by wealthy Americans. This argues for tax reform – real tax change – that can be achieved through a healthy legislative process, an outcome that can be realized today only through a Congressional electoral process that minimizes financial incentives for re-election. America’s tax laws have morphed into a vote-buying and campaign fund-raising machine – political corruption by another name. Special-interest lobbyists now get what they pay for …, which is not in America’s national interest. (One solution advocated by TLR is Congressional term limits.)

Candidate Trump in 2016 called America’s tax system “complex” and “unfair” to virtually unanimous national agreement. Unfortunately, like the Presidents before him, he was unable to effect change in any material way. In fact, the Trump Administration’s revisions to the tax code only exacerbated the perception of government unfairness while simultaneously increasing the reality of income inequality. The rich indeed continue to be motivated to use their wealth to hire highly-trained lobbyists, tax lawyers and accountants – the “tax defense industry” – to reduce their tax obligations while middle-class Americans continue to pay their “fair share” and low-income Americans (those who decide elections) pay no taxes at all.

America’s tax system was intended to incentivize job creation and business innovation and encourage class mobility. It’s a cornerstone of American democratic capitalism that succeeded spectacularly in the 20th Century, driving America’s economic, foreign policy and ideological successes. Instead of doing so today, it is toxically intensifying disgust in American government, distrust of American democracy, and skepticism about capitalism’s economic efficiencies. It no longer enhances America’s global competitiveness or that of its industries, having become an exemplar of America’s decline and an illustration of its inability to address core structural issues. Like much of America’s essential infrastructure – and, yes, tax is an essential component of a nation’s infrastructure –, it is operating outside its “best if used by” date – it was last overhauled by the Reagan Administration 35 years ago. It today is an unreadable 2,600-page muddle of tiny print with layer upon layer of successive “tax reforms” that have added complexity rather than … anything else. It therefore is ballast on America’s 21st Century competitiveness and, like so much in America, has become a political football. Originally written as a revenue raiser with the intention of not interfering with the normal functioning of American business and Americans’ economic, social and political activities, it’s become an impediment to all. No business decision today is made without careful analysis of the tax consequences … and Americans’ conduct all-too-often is driven by tax considerations. The result is a tax system that explicitly distorts economic activity, misallocating resources and reducing productivity.

Tax efficiently needs to be at the heart of America’s infrastructure. That efficiency cannot be achieved without simplification that relieves Americans of the burdens of tax planning and tax return preparation – it is notable that the tax preparation industry today is the 23rd largest in America, generating costs estimated to exceed $11 billion/year. Efficiency also cannot be achieved without persuading the public that America’s tax system is fair, a perception sadly absent with today’s tax code. Moreover, if America is going to pay its debts – which currently exceed $28 trillion –, it will have to be more successful at collecting the taxes it is owed. Americans have loudly proclaimed that the audit and tax collection methods used by the IRS are unacceptable, which led Congress over the past three decades to shred tax enforcement. The tax code and its system of tax collection accordingly require revision.

A simplified, more efficient tax system was previously outlined by TLR in an effort to excite 2020 election-year campaign discussion. It failed to do so. That failure is likely to be repeated by the Biden Administration with respect to its BBB tax proposals, reinforcing the unfortunate conclusion that true tax reform, much like reform of Social Security and Medicare, is a “third rail” of American politics – it won’t be touched by America’s politicians for fear of electoral electrocution. As long as members of Congress require weighty re-election financing, their priority will be to bend to the will of those that contribute to their political campaigns.

A tax system that would meet America’s 21st Century needs is the so-called Competitive Tax Plan (CTP) proposed by Columbia Law School Professor Michael Graetz (which can be found in its 2015 version here). His proposal would shift America’s current income tax system to one based primarily on consumption, converting the U.S. from a high income-tax country to a low income-tax one that subjects only ~20% of higher-income Americans to income taxation and adds an economically-targeted national value-added (or sales) tax. It would mean that taxes on savings and investments would be lower and that more than 80% of Americans would pay no income tax at all – the CTP would eliminate tax returns for those Americans having incomes of less than ~$110,000. The CTP would be a major simplification that would benefit both Americans and American businesses, eliminating the costs of universal tax return preparation and the enormous number of special interest tax provisions that currently riddle the tax code, reducing both the need for and the costs of over-reaching income tax enforcement. The CTP would ensure that Change Would Come to America in more significant ways than President Obama attempted in his eight years as President and would Make America Great Again in more tangible ways than President Trump achieved in his four years. The CTP most surely would disrupt the order. That’s both Change and Greatness …, precisely the stern Churchillian stuff that a socially and economically successful democracy requires.

TRUE OR FALSE—Answers are at end:

1. Apples, not caffeine, are more efficient at waking you up in the morning.
2. Alfred Hitchcock did not have a belly button.
3. A pack-a-day smoker will lose approximately 2 teeth every 10 years.
4. People do not get sick from cold weather; it’s from being indoors a lot more.
5. When you sneeze, all bodily functions stop, even your heart!
6. Only 7% of the population are lefties.
7. 40 people are sent to the hospital for dog bites every minute.
8. Babies are born without kneecaps. They don’t appear until they are 2-6 years old.
9. The average person over 50 will have spent 5 years standing in line.
10. The toothbrush was invented in 1498.
11. The average housefly lives for one month.
12. 40,000 Americans are injured by toilets each year.
13. A coat hanger is 44 inches long when straightened.
14. The average computer user blinks 7-times a minute.
15. Your feet are bigger in the afternoon than any other time of day.
16. Most of us have eaten a spider in our sleep.
17. The real reason ostriches stick their head in the sand is to search for water.
18. The only two animals that can see behind themselves without turning their heads are the rabbit and the parrot.
19. John Travolta turned down the starring roles in “An Officer and a Gentleman” and “Tootsie.”
20. Michael Jackson owned the rights to the South Carolina State Anthem.
21. In most television commercials advertising milk, a mixture of white paint and a little thinner is used in place of the milk.
22. Prince Charles and Prince William never travel on the same airplane just in case there is a crash.
23. The first Harley Davidson motorcycle built in 1903 used a tomato can for a carburetor.
24. Most hospitals make money by selling the umbilical cords cut from women who give birth. They are used in vein transplant surgery.
25. Humphrey Bogart was related to Princess Diana. They were 7th cousins.
26. If coloring weren’t added to Coca-Cola, it would be green.

Now, scroll down for the answers.

They are all TRUE! Enjoy that spider tonight.