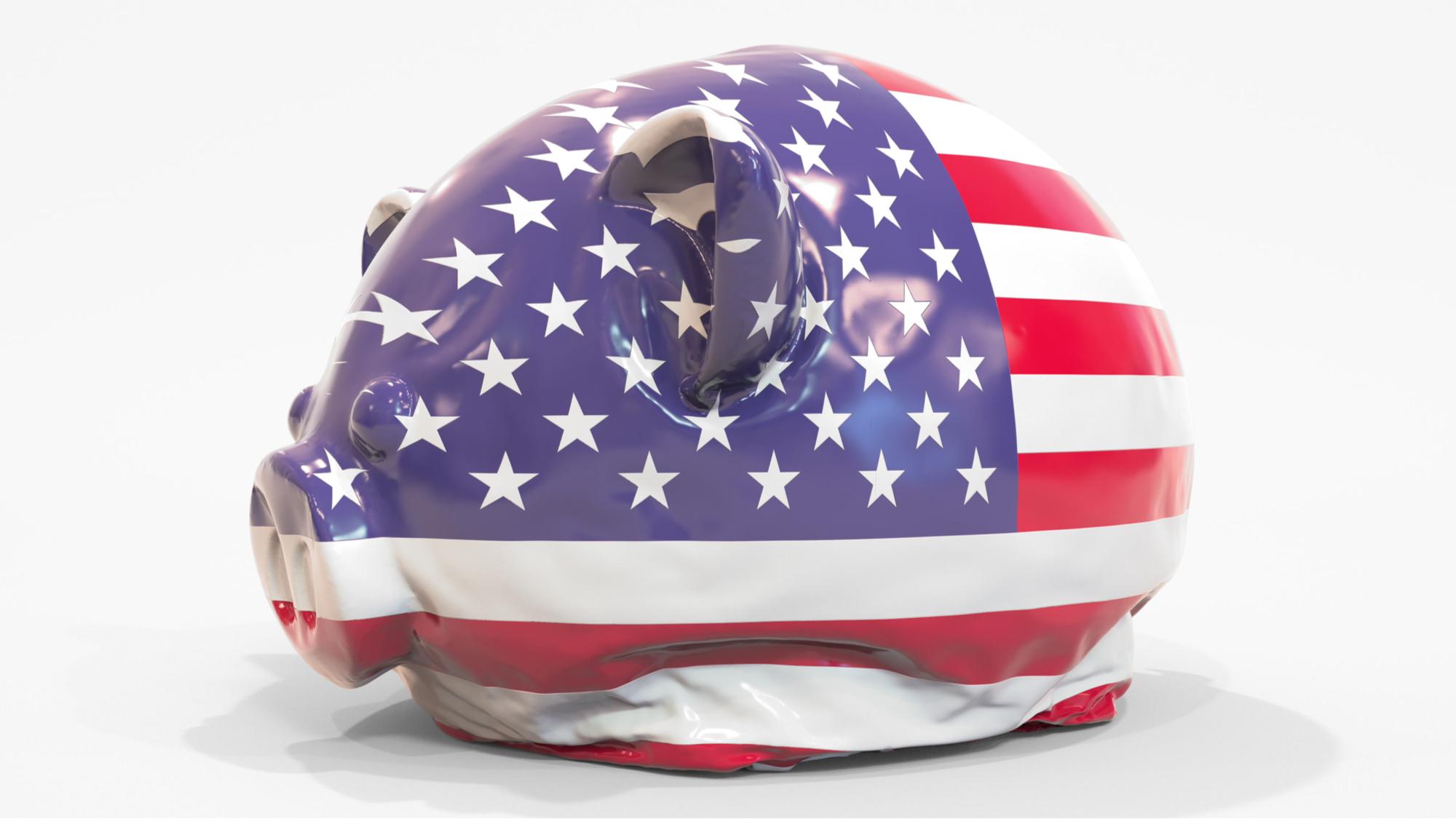 30 Oct The Case for Deflation?

Posted at 14:21h in General by William Natbony 1 Comment

“Prices are rising. The supply chain is broken. The economy is slowing. What’s next?” – The Lonely Realist

So much economic noise! So much chatter with little coherence or consistency. There are financial tweets from social media personalities like Twitter CEO Jack Dorsey, who recently warned that “Hyperinflation is going to change everything,” a view in sharp contrast with Federal Reserve Chairman Jay Powell’s continuously calming assurances that inflationary forces are “transitory.” Powell sees production leveling out and goods and services flowing in abundance, while Dorsey sees rising prices, rising labor costs and supply chain issues that lead him to conclude that hyperinflation “will happen in the US soon, and so the world.” Other financial industry heavyweights take more nuanced positions. While former Treasury Secretary Larry Summers and economist Nouriel Roubini agree with Powell that current inflationary pressures are indeed transitory, they foresee problems – “secular stagnation” – thereafter in the form of low growth and a continuing uncomfortable level of inflation … but nothing approaching hyperinflation.

Despite the comforting words of Chairman Powell (who has been “talking the talk” but, as TLR has noted, has yet to “walk the walk” … and there is significant doubt whether he will do so), make no mistake: Inflation is back, it is strong, and it’s not going away soon. It will persist well into 2022 and perhaps for quite a while thereafter … and will be coupled with slowing economic growth. The danger – overstated by Jack Dorsey – is that it will catch fire. That risk is real, in part because the Fed’s proposed tapering and interest rate increases necessarily will be constrained by the political and economic realities of Congressional funding decisions, the 2022 midterm elections and declining growth. The Fed therefore will continue to talk the taper-and-interest-rate-talk in an effort to calm inflationary fears. Walking that walk, however, will prove challenging.

TLR has long been warning about inflation caused by Federal Reserve money-printing, Trump and Biden Administration stimulus, pro-labor government policy-making, and supply chain constraints. The COVID-19 decline in labor force participation and demand-driven rebound have added fuel to that fire. Although each of these indeed is “transitory,” their contemporaneous combination is unprecedented. The individual impact of each will be fleeting only if inflationary expectations don’t gain traction with the general public. Those expectations are rising. TLR remains comfortable (but far from sanguine) that those expectations will be waning before the end of 2022 (though predicting the future is a thankless task best left to true oracles). The Fed most certainly has the tools necessary to calm inflation, which in the past has been a cause/effect of the waxing and waning of economic cycles that are tied to above-the-mean growth and below-the-mean growth. The current inflationary cycle appears to be accelerating while America’s GDP growth apparently has reached its peak.

Take the Atlanta Fed’s GDPNow and Conference Board’s Q3 GDP estimates, both of which dived in less than two months, the latter from 7.0% to 3.5%. The consensus estimate was for 2.7% GDP growth, and even that was short of the mark – the Bureau of Economic Analysis reported last week that GDP increased 2.0%, a percentage likely to be revised downward in subsequent months. Q2 GDP growth was 6.7%, a level unlikely to be repeated for a very, very long time. The tail-winds of super-low interest rates, vast government spending programs, massive Central Bank purchases of stocks, bonds and mortgage securities, and the after-effects of COVID-19 are waning. Economic growth is slowing in the U.S. and globally …, in China, dramatically, which has a disproportionate impact on America’s economy. Consumer spending in America also is fading. At the same time, except for highly-publicized sectors like semiconductors, autos, coal, crude oil and services, there is an excess of global supply. Reduced demand coupled with excess supply is the obverse of inflation. Different areas of America’s economy consequently are experiencing inflation, others deflation, and still others both, with inflation dominating media headlines.

Inflationary pressures will continue for the foreseeable future, but deflationary pressures will slowly increase and, in time, are likely to prevail. The next number of months will be dominated by COVID-19 constraints, supply chain disruptions, core shortages of energy, microchips and construction materials, and a tight labor market. There are 5.5 million fewer people employed in America today than in 2019, 4.9 million fewer people in the labor force, and a total of over 10 million job openings. When workers return to the market – and return they will (the subject of a forthcoming TLR) –, labor price pressures will ease. Today, America’s supply chain is stretched beyond its capacity (due to those labor shortages and a demand rebound). Prices therefore are rising … and those rising prices already are reducing demand as reflected in the precipitous decline in Q3 growth estimates. Shortages and bottlenecks will end – America and China have made this a priority – because markets are self-correcting even without government assistance. The incipient inflation reflected in the Bureau of Labor Statistics’ Consumer Price Index, however, will not be reversed as quickly. In September, CPI rose for the 16th consecutive month. It was up 5.4% year-on-year, with the heavily-weighted Owner’s Equivalent Rent component – which is a rough estimate of shelter costs – up 2.9%, rising for the 5th consecutive month. OER is designed to understate shelter costs with a long-term lag effect of from 12 to 18 months. With real rent/housing inflation running close to 20%, the OER component in the CPI understates the current rate of inflation (which otherwise would approximate 10%) and therefore is certain to continue rising. The inflationary trends in housing, energy and commodities therefore will not end soon. And Americans cannot be expected to react well to both the appearance and reality of higher prices and declining growth.

America’s economic growth and its equity and bond markets have been driven to ever-greater heights by $6+ trillion in high-powered Federal Reserve helicopter money and $4+ trillion in Trump and Biden Administration spending – both monetary injections applications of oft-questioned Modern Monetary Theory. Most of that money went directly into consumers’ pockets and was then deployed into asset bubbles. Americans therefore have been increasing their savings …, presumably against a forthcoming rainy day. Worried consumers accordingly have been spending less and less of each successive stimulus payment, creating a declining demand environment. The trend therefore is for continuing inflation until supply chain and stimulus issues work themselves out. Inflation will be accompanied by mediocre GDP growth averaging perhaps 1+%, held back by America’s and Americans’ huge debt burdens. If so, secular stagnation will be baked into America’s future … although, compared to the prognostications of Jack Dorsey, that may be the most optimistic of potential outcomes.

Ahhh, but there’s a hitch (isn’t there always?): Although the past appears to be rhyming reasonably closely with present-day scenarios, 2021 is a unique time in human history. Economies today are more fragile than they’ve been in a very long time. There are more than the usual number of never-before experienced governmental, social and economic twists. The 21st Century most definitely should have taught investors to beware …, and, especially, to be alert for Black Swan Events. It would be wise to prepare for such volatility! 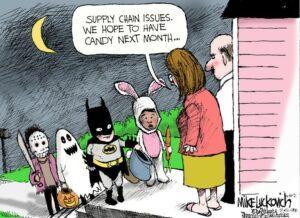