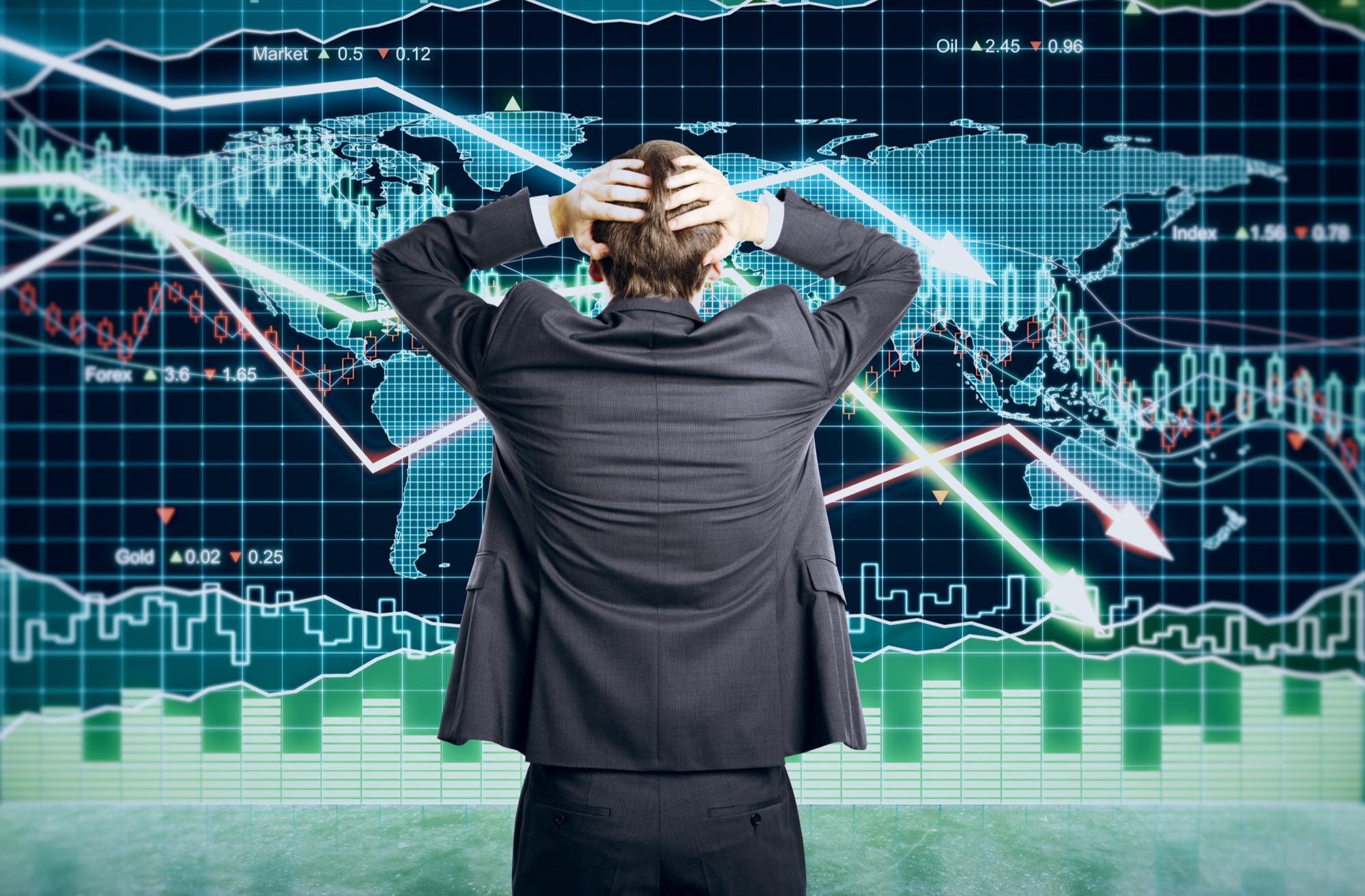 14 May The Dizzying Stock Market

“Buy the dip! Sell the rally!” – The Lonely Realist

The markets are wacko! What are they going to do next? Will stocks again start climbing the proverbial stairs back up to record heights … or will they continue riding the elevator down to depressing lows? Should investors brave today’s market volatility or should they flee, placing their depleted cash in Treasury securities?

There are any number of media-pundits – finfluencers – who proclaim that the markets are nearing the end of their correction, arguing that the worst is over and it’s time to buy. “Invest in oversold stocks, baby,” they say. The S&P500 is down 16% year-to-date, the DJIA minus 12% and the NASDAQ minus 25.5%. “That’s too much,” they say. “It’s an overreaction to inflation and to the Ukraine War and to Fed tightening and to other stuff. What goes down must come back up, baby!” Perennial promoters, they express little doubt that stocks soon will climb the current wall of worry. “It always does!” they insist, speculating that the current correction – the same one they failed to alert us to … though others did – has reached its end. It was deep enough and plenty painful. “Thank God it’s almost over!” they declare. “It’s now a buyers’ market!”

What if it’s not? What if we’re on an elevator ride down? After all, there are other pundits who caution that the markets are experiencing a veritable Tower of Terror, that we are only at the beginning of a true bear market, one that could last for … a … very … long … time. “Run for cover!” they scream, seeing ongoing danger in negative news about inflation, war, interest rates, etc. If they’re right, we now should be selling. “Rallies today,” they say, “are welcome opportunities to sell.”

Maybe the two approaches are worthwhile combining by buying the dips and selling the rallies …, although executing such a strategy would be quite a challenge! How to distinguish between a dip and a bear market plunge, between a rally and a dead-cat bounce? And why do so when the conventional wisdom is that markets always go up over time, that value compounds …, although that isn’t always true. After all, the 1966-82 bear market lasted 16 years and the DJIA didn’t recover from the ’29 Crash until 1958, 29 years later.

It’s nevertheless difficult to believe that today’s stock markets might be in the midst of such a significant down-move …, although the Global Financial Crisis of 2008-09 confirms that playing the stock market entails significant risk, much like other forms of risk-taking. Like their casino counterparts, stock markets are filled with predatory professionals who devote their full-time to studying stocks, bonds, economics and history and spend enormous sums on cutting-edge technology to crunch the constant flow of market information. Are retail investors at a disadvantage? You bet! They’re like the patsies in a game of Three-card Monte, a realization more true today than at any time in recent history. That’s because while professionals have been raising their game via technology, the overall quality of retail investment – which has materially boosted stock prices – has declined as the number of amateur investors – those who began actively investing only after COVID struck in March 2020 – has increased. Their market experience is based on the spectacular bull market moves they’ve seen over the past 2+ years …, which were aberrational at an extreme! Moreover, retail investors’ market memories most often extend only as far as the beginning of the bull run that began in 2009, which reinforces their overly-optimistic belief in stock market levitation. Stock indices quintupled from 2009-21, a performance unequaled in non-bubble history. That 12-year run demonstrated to many that buying the dip always is right …, even though that’s illusory. Buying the dip is right only when the economic winds are at your back. Tailwinds were blowing at gale force in the 2000-teens, but the wind direction has changed. Tell that to those investors who have seen that buying each and every dip during those 12 years turned into a massive profit, demonstrating to the new generation of investors that past results indeed ARE indicative of future performance!

The world’s economy today nevertheless is very different from that of even a year ago. There’s now a land war in Europe and, although the pandemic is ending in America (noting that it also was ending a year ago(?)), it’s not over. China is now in indefinite lockdown with a majority of the world’s population still suffering. There’s a new energy crisis and supply chains are more knotted than ever. COVID-inspired government handouts have come to a screeching halt and, given the massive amount of government and private debt, deficits and dislocations, they will not be repeated. And the Federal Reserve has reversed direction, discarding Quantitative Easing in favor of its evil twin, Quantitative Tightening. No era has ever experienced anything approaching such a confluence of macroeconomic challenges. Non-professionals are not equipped to reconcile such unique variables …, and even many professionals have been finding themselves in deepening water. One predictable result is that retail investors who bought into the meme craze now are nursing enormous losses: 80% in AMC Entertainment from its 52-week high, 88% in Peloton Interactive, 70% in GameStop Corp., 80% in Coinbase Global, and 55% in Bitcoin … and these are only a few examples of the bubble bloodletting. TLR warned in March 2021 that the extreme money-printing by America’s government (fiscal spending) coupled with the Federal Reserve’s largesse (monetary policy) would trigger inflation that would tank stock prices and bubble investments, quoting the co-CIO of Bridgewater Associates who said that 2021 would mark “the beginning of a major secular change” in which economic conditions and inflation would unravel “faster than either markets or the Fed are expecting.” And here we are.

Skill in reading markets is the art of “looking not merely at the immediate but at the longer effects of any act or policy” – in short, a complex branch of the dismal science. Prognosticating markets is akin to reading tea leaves. It requires sorting voluminous data, identifying symbols and interpreting messages at multiple levels. Very few can be successful at doing so. Finfluencers are stage personalities. They are not astute seers like Cassandra and lack the insights of an Oracle capable of predicting such downturns. They are in the media business, compensated not on the success of their advice but on the size of their audience. Retail investors are even less well-equipped to sort out the value propositions presented by market investing.

Which begs the question of what amateur investors should be doing in these turbulent times. With a host of market pros and media-pundits foreseeing a recession within the next 12 months, what is clear is that now is not a time to invest generically (e.g., index investing), without a microeconomic understanding of why a given investment is likely to perform. America and Americans have borrowed too much and continue to ignore the country’s demographic decline. Both debt and demography are deflationary and even now are negatively impacting on growth. They are long-term concerns. At the same time, the world remains at a distance from pandemic recovery and disruption continues apace through revolutionary advances in agriculture, industry, technology and biotechnology, which also are pushing deflationary buttons. The Fed cannot perform miracles. Asking it to resolve the current mess confluence of historically unprecedented inflationary pressures, long-term deflationary trends, and geopolitical turmoil is asking for the impossible. Volatile times therefore lie ahead, perhaps for quite a long time. As Sergeant Phil Esterhaus of Hill Street Blues cautioned, “Be careful out there!” 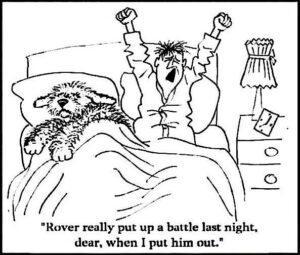