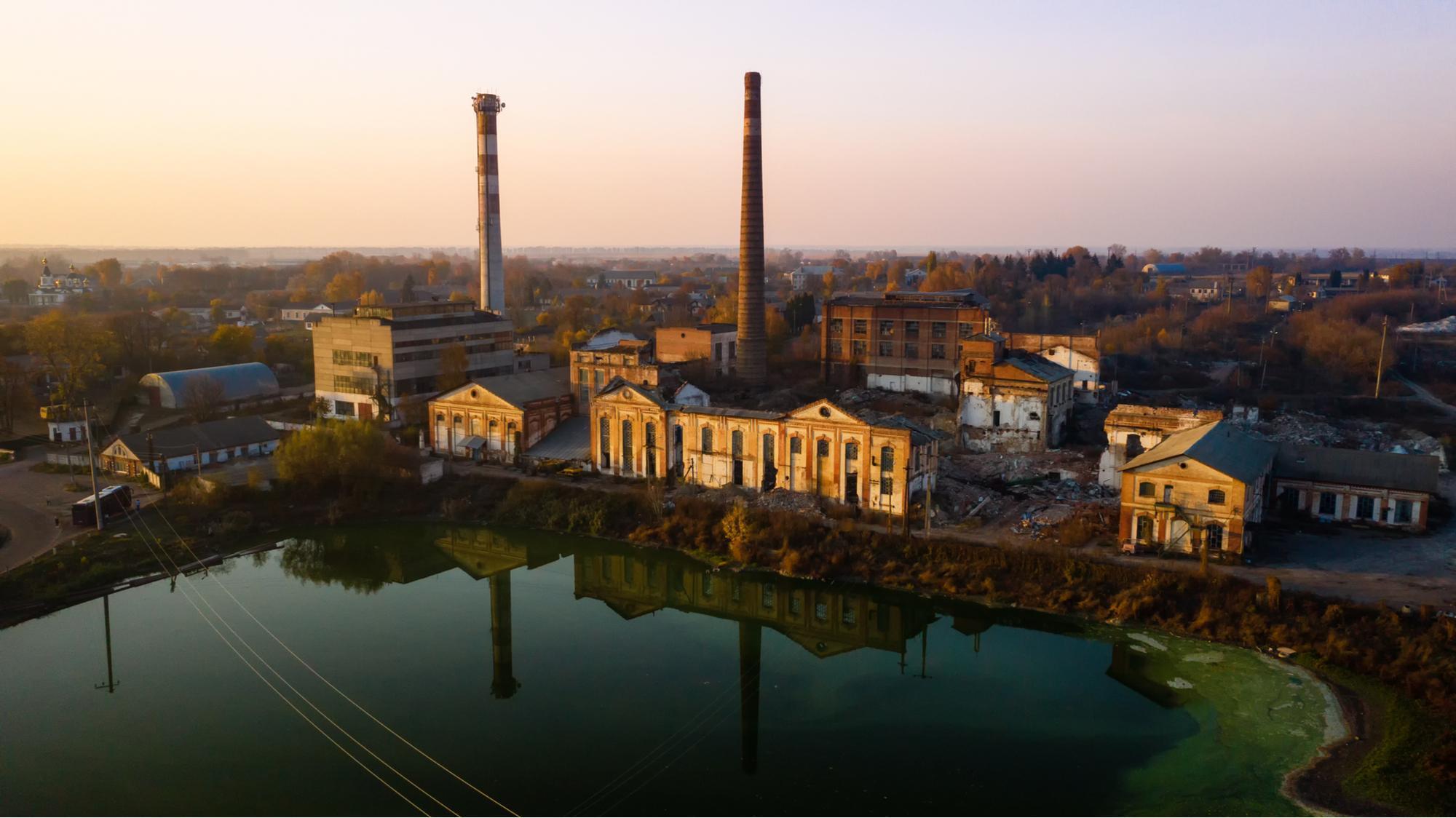 America is obsolescing. Progress requires forward movement. America instead is moving sideways …, when it moves at all. Partisan squabbling is largely to blame. Forward movement requires leaders who acknowledge America’s shortcomings and have solutions as well as the ability to execute them. To the limited extent politicians on both sides of the political aisle have proposed solutions, they have failed to execute them, too-often because of their opponents’ unwillingness to cross the partisan divide.

Daylight Savings Time is a nonpartisan symptom of the problem. America does not need to “turn back the clock” as it did last week to end another half-year of Daylight Savings Time. DST continues because of inertia. Making more efficient use of daylight may have been a worthwhile policy a hundred years ago, but in today’s electrified world it has no justification. It was satire when suggested by Ben Franklin 227 years ago as a means to economize on candle usage. Spoiler alert: Americans no longer light their way using candles!

DST is a simple problem with a simple solution … and it’s a glaringly obvious example of America’s failure to address even the simplest of inefficiencies. America continues to cling to the vision of itself as the perpetual global hegemon whose economic, military and moral supremacy is destined to continue. Destiny, however, requires effort and execution. America is a rich country whose people simply expect to get richer … no matter their commitment or the efforts of their adversaries. Americans continue to believe that the “American Century” continues – even though it ended 20 years ago –, recalling the era when American ingenuity, America’s “vulture capitalism” and America’s visionary governments presided over world-beating manufacturing, an unmatched transportation system (modern airports, ocean ports, bridges and highways), unparalleled hydroelectric, nuclear, coal, oil and gas energy-generation (supplying cheap heat, light and power to every corner of the nation), universal public education (ensuring a knowledgeable and productive workforce), the world’s premier higher education system (giving America an unbeatable knowledge advantage), unique immigration policies (that attracted ambitious, brainy, hard-working immigrants who grew its economy and improved its productivity, confirming Ronald Reagan’s description of America as the “shining city on the hill”), promoting the Dollar as the world’s reserve currency (America’s “exorbitant privilege”), and a tax system that paid for it all without infringing on American liberties or disincentivizing the economic motivations that fed America’s success. Each has been neglected in the belief that the creative energy that previously made America a world-beater suffices, that updating is unnecessary, and that the same ingredients, the same core infrastructure, that made America great will continue to outpace other countries’ creative and cunningly executed efforts to overtake it. That’s a mistake (as TLR previously voiced with respect to America’s infrastructure, its education system, its immigration policies, protecting the Dollar’s reserve currency status, America’s tax system, and America’s legislative processes). Success requires adaptation and constant improvement. It requires vision. It requires an acknowledgement of shortcomings. And it requires execution.

As a part of such a process, President Biden next week will sign into law the Infrastructure Investment and Jobs Act, adding a mere $550 billion in new spending to repair America’s failing eroding physical infrastructure. As TLR previously noted, it’s very little and very late in the infrastructure day. The IIJA is not part of a comprehensive plan to build new or better airports or port facilities or highways or energy generation or electrical grid systems or … anything of similar significance, and the repairs that are to be effected by the IIJA will not be realized for years … and perhaps decades. Those who believe that the IIJA will promptly result in job creation and economic growth – or even that $550 billion will adequately address America’s near-term infrastructure needs – are ignoring the realities … and oblivious to America’s contorted political, legal and regulatory processes. The IIJA barely scratches the surface of America’s physical infrastructure needs.

America’s infrastructure has multiple needs, but the immediate national imperative is energy. Despite partisan protestations to the contrary, energy policy is not about coal versus wind/solar … or clean-green versus dirty-carbon … or Progressivism versus Conservatism. It’s about energy self-sufficiency, how to best combine energy choices to ensure economic growth, national security, health and prudent conservation. In order to continue as a wealthy nation with a growing GDP, secure borders and a capable military, America needs to ensure long-term sources of reliable and efficient energy. Doing so requires planning – long-term planning. 20th Century America relied primarily on coal, oil and natural gas and legislated subsidies to encourage their exploration and development. Those subsidies continue. More is necessary. America has been deleting nuclear energy from the national portfolio by reducing its use (based largely on 1979’s near-meltdown at Three Mile Island and the consequent NIMBY backlash to nuclear energy generation, reinforced by the 2011 disaster at Fukushima Daiichi; NIMBY-ism today, however, is misplaced. An example is TerraPower, an American company that has developed a safe nuclear power technology that uses liquid sodium instead of water to cool reactor chambers). There has been no attempt to develop a national energy policy to address America’s projected 21st Century needs. In sharp contrast to America’s 55 remaining nuclear power plants – too many of which are scheduled to go out-of-service over the next several years and only 2 new ones of which are planned or under construction (with substantial delays and cost overruns) –, China has 51 nuclear plants currently in operation, 46 more under construction and 150 planned over the next 15 years. Moreover, it plans to replace nearly all of its 2,990 coal-fired generators with clean energy by 2060, with the priority being conversion to nuclear power. Although today’s China remains dependent on coal, oil and natural gas (as does America) and imports huge quantities of each, it is allocating $440 billion to nuclear power alone over the next 15 years. America’s commitment to the nuclear power industry is zero. China understands that although wind and solar technology are improving, solar doesn’t produce at night, wind depends on the weather, and it will be years before large-scale ways to store solar and wind power can be produced. China therefore will develop and deploy nuclear power technology far faster than the West, giving it an enormous nuclear technology edge. China is focused on 21st Century realities while America clings to its 20th Century successes. China is focused on the economic, military and health consequences of fossil fuel generation. America is distracted by those same fossil fuels.

Although TLR has railed against Statism – policies that are advanced and funded by the Federal government rather than by American industry –, Federal subsidies have their place in energy generation because of nuclear power’s enormous upfront financing costs. China is leaping this hurdle by directing government-controlled banks to finance approximately 70% of the construction costs of nuclear power at an interest rate far lower than commercial rates in the U.S. February’s Texas power grid failure and California’s recurring rolling blackouts are symptomatic of a national failure to address America’s pressing energy obsolescence (including the problems created by America’s decaying electricity grids).

Vested interests naturally oppose change. This is especially true of America’s vest energy lobby that has infiltrated every facet of American policy-making, utilizing a potent mix of political bribery, electoral blackmail and reciprocal back-scratching. That mix has led to a continuing political and legislative logjam that may prove fatal for America’s future. While China is planning for global dominance, America is running on energy fumes, distracted by partisan battling and the conflicting lobbying of diverse special interests. Repairing national institutions, addressing American obsolescence and making progress on America’s problems must start somewhere. Energy self-sufficiency would be the appropriate place to make that start.

Economic Footnotes: Is Rivian a tulip bulb company? What do readers think?

The financial news this past week supports the view expressed last month in The Case for Deflation? that America in 2022 likely will see poor GDP growth and uncomfortably high, persistent inflation. 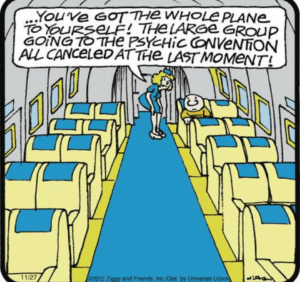